Is “Biomaterial” Still a Meaningful Term? 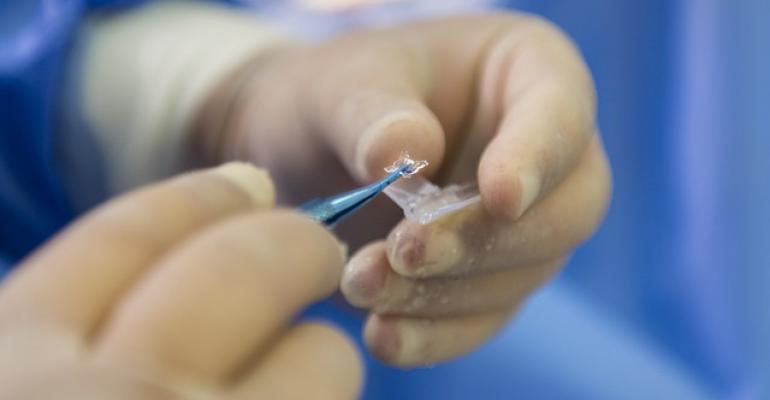 Image source Pixabay
The definition of a biomaterial has evolved over time, but given today's efforts to better characterize medical device biocompatibility, is a catch-all term for some materials misleading?

I taught an "Introduction to Biomaterials" class for many years. In my class, biomaterial meant a material that was generally not biological in its origin and was used in implantable medical devices. Examples largely focused on metal alloys, polymers, and, to a lesser degree, ceramics. In this context, biomaterials were the raw materials from which medical devices could be constructed. In addition, biomaterials did not include actual tissue such as bone.

Biomaterials were often considered to interact with tissues relatively passively (or so it was hoped), although it became understood that there was no such thing as no response. Later exceptions brought in bioactive materials, which were those that claimed to induce a more-or-less specific and intended biological response, e.g., causing bone growth. Some current definitions of biomaterials seem to imply intentional bioactivity. For example, the journal Biomaterials offers the definition: “A biomaterial is now defined as a substance that has been engineered to take a form which, alone or as part of a complex system, is used to direct, by control of interactions with components of living systems, the course of any therapeutic or diagnostic procedure.” Tissue engineering brought living tissues into the product mix, often accompanied by a non-living scaffold.

Identifying something as a biomaterial implied biocompatibility, i.e., that the material had an acceptable level of biological response (for the application at hand) either based on known prior uses or by chemical, biological, or other testing. Early on such testing may have followed the 1987 Tripartite Agreement, later replaced by an FDA Blue Book Memorandum on the use of ISO 10993, which was in turn replaced by FDA’s 2016 guidance document on the use of ISO 10993. This guidance does not use the word biomaterial, although the term does appear in other FDA documents. However, as early as 1994, FDA noted that subtle variations in chemical composition, trace element content, crystalline structure or morphology, homogeneity, surface topology and chemistry, and other material characteristics can significantly alter the response of living tissue (i.e., the body) to a material. Implantables are not the only devices with a tissue response issue. Other devices making intimate bodily contact also can raise tissue response questions. For example, breathing circuit components are subject to a separate standard, ISO 18562. It must also be noted that ISO 10993 continues to evolve.

It is now perhaps more widely recognized that biocompatibility, and therefore whether a biomaterial should be identified as such out of the context of a specific use, is not just a function of only the starting material but instead depends on the design of the device and the specific application as well as on how the materials were handled from source through sterilization, including the possibility of manufacturing residuals. In one obvious example, blood-contacting devices raise different compatibility issues than do soft tissue implants. We also now recognize that biocompatibility can be a function of a variety of surface characteristics that are not described by the properties of the bulk material and that physical structure affects tissue response. For example, the response to mesh is different from the response to a solid of the same material. Nanomaterials raise further questions here, as does additive manufacturing in which the distinction between material and structure becomes fuzzy. In addition, we have learned and accepted that not all materials having the same generic description are necessarily exactly the same, including over time, even when from the same supplier. In fact, we increasingly understood that we often don’t quite know what “the same” means and that it may not mean identical. Thus, a material could be biocompatible for one purpose but not biocompatible for a different purpose, and material from one supplier might produce results different from those of a material from another supplier. Even materials meeting an ASTM or other standard may vary in content in that such standards do not address all elements that might be present or their exact amounts. Various properties and leachables may also be supplier specific. Given these considerations of source, design, and application, how can a material be a “biomaterial” if in one instance it is suitable but in another it is not?

In this context, there was a recent ASTM ballot on a revision of F2150-13 Standard Guide for Characterization and Testing of Biomaterial Scaffolds Used in Tissue-Engineered Medical Products. Note that biomaterial is in the title of this standard and also appears 17 times in the body. These multiple uses do not include a definition. This is one of several ASTM standards that use “biomaterial” in the title and/or the body. A search of the ASTM Compass database produced 201 such uses. The word also appears in the names of a variety of societies, journals, and books and in some dictionaries. The question then becomes whether the fact that we have used this term for a long time to describe some materials justifies its continued use even though we now know more about biocompatibility and agree that there is no material that is automatically suitable for any given application.

We should note here that there is no such thing as an "FDA-approved” material. Even when such a material is the final product, the clearance or approval is of the specific application rather than of the material itself. Nor is there such a thing as a “medical-grade” material, other than as might be specified by some vendors without much meaning. In this regard, USP classes are not applicable to medical devices since FDA split device material considerations from packaging materials in 1995. In addition, FDA has been paying greater attention to material characterization rather than just the generic name of the material. Thus, the identification of a material by its common name cannot by itself qualify it as a “biomaterial.”

One might say that this is a purely semantic argument, because whatever you call a material, you now have to characterize and test it (as appropriate) with respect to a given application rather than assert a generic claim. However, I would argue that we need to move away from such terminology in order to not mislead people (including ourselves) with regard to a so-called biomaterial being necessarily suitable for a given design in a given application.