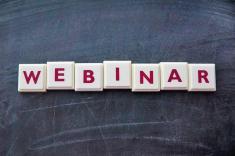 Treating Neurological Disorders with Nanolasers?!
Oct 02, 2019
Researchers have developed a laser that can fit and function inside living tissues. The tiny nanolaser is about 50 to 150 nanometers thick and has the potential to sense disease biomarkers or perhaps treat deep-brain neurological disorders.

AI Significantly Reduces the Time It Takes for Cardiac MRI
Sep 25, 2019
A study conducted in the UK found that by combining machine learning with Cardiac MRI analysis, the technique could be done at a faster rate and with similar results when compared to performing the imaging procedure manually.

Varian Uses AI to Usher in New Era of Cancer Therapy at ASTRO
Sep 13, 2019
Ethos Therapy is an artificial intelligence-driven holistic solution designed to increase the efficiency of radiotherapy. Palo Alto, CA-based Varian has CE mark for Ethos and FDA clearance is pending.

AI Provides a Detailed Road Map for Interventional Lung Procedures
Aug 23, 2019
A new technology uses artificial intelligence (AI) and deep learning techniques with the goal of pinpointing the exact location of suspicious lesions in the lungs, ensuring that surgeons can take biopsies from the correct site.

How Darkroom Photography Techniques Inspired a Radical Approach to Cancer Screening
Aug 20, 2019
Unlike traditional cancer imaging solutions, Imago Systems' visual intelligence software is designed to "show everything" while not actually detecting anything. And this distinction, while it may sound counterintuitive, could make all the...

Siemens Set to Jump into Robotics with Proposed Acquisition of Corindus
Aug 08, 2019
The deal is valued at $1.1 billion and is set to close in 4Q19. The acquisition would see Siemens combining its imaging offerings with Corindus’ vascular robotics technology.

Exo Has a Plan to Make Ultrasound Imaging Available Everywhere
Aug 05, 2019
The Redwood City, CA-based company made significant progress in this goal by raising $35 million in a series B round.

iCAD Continues to Build out Its AI Offerings
Jul 12, 2019
The Nashua, NH-based company has received CE Mark for its ProFound AI for 2-D Mammography system. The solution received a nod from FDA in December of 2018.