HomeManufacturingManufacturing ProcessesReplacing Injection-Molded Housing with Blister Packaging
Recent
Manufacturing
The Robot Will Do Your Angioplasty Now
May 18, 2022
XACT Is Changing the Tone of Robotics in Healthcare
May 18, 2022
Medtronic Touts Cusp Overlap Technique in TAVR
May 18, 2022
Feds Crack Down on Reused Rectal Probes
May 18, 2022 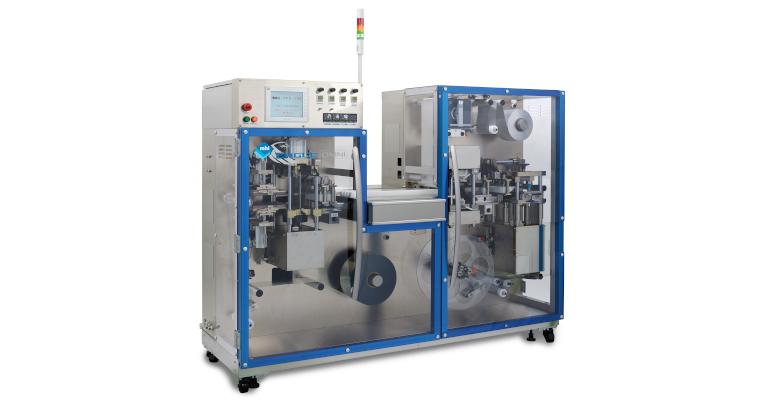 Mirion Technologies Inc.’s personal dosimetry products and services are used primarily by medical personnel who work with and around medical imaging equipment, but they are also used by power plants, manufacturing, waste management, mining, construction, air and space, research labs, and oil and gas facilities around the world to monitor occupational exposure to ionizing radiation. One of these solutions, the thermoluminescent dosimeter (TLD), is a complex instrument with a multipiece injection-molded holder and device cover. Mirion saw an opportunity to simplify that housing, which had to be sourced from a plastics components manufacturer.

Also, because the external housing shell of the TLD served as the dosimeter itself, as it housed the internal detector parts, the entire unit had to be returned for processing, a process involving many hands on the way to and from processing, Lou Biacchi, president of Mirion’s Dosimetry Services Division, told MD+DI. “The old dosimeter external housing shells were recycled and reused and would make their way back out to another customer after processing, again crossing many hands.”

Mirion worked with Maruho Hatsujyo Innovations (MHI), a blister machinery provider, to devise a simpler system. MHI offers a next-generation blister machinery tool prototyping service that creates test products from 3D printing technology. MHI developed 3D-printed prototype tooling, which was used on its EAGLE-Omni blister packaging machine, to create prototype blisters very similar to those created with traditional metal tooling. "This allowed us to preview holder designs and make changes as necessary, so that the final product would be all the more optimal," Mr. Biacchi explained to MD+DI.

Mirion and MHI then collaborated to design a new plastic blister pack to safely contain the dosimeter’s internal components and detectors in a more efficient, effective way. Biacchi told MD+DI that “Out of this collaboration we were able to streamline manufacturing processes and materials, with the resulting recycled material—a PET bottom substrate and a thinner PET top substrate—being more eco-friendly than what was planned. Storing was also simplified, as we now only need to store material rolls rather than several hard, bulky physical components.”

The external dosimeter housing shell was also redesigned to reduce the need for a multipart injection-molded holder and eliminate the need to clean the devices after each use, continued Biacchi. “Redesigning the external dosimeter housing to eliminate the hard shell and replace it with a plastic blister pack that would wrap around and contain the internal dosimeter components and detectors, which are the brains and guts of the dosimeter itself, provided new opportunities to increase safety, recycling, and manufacturing efficiencies.” The dosimeter device itself, meaning its technological components, were not changed.

“By contract, the new TLD-BP dosimeter only requires that wearers return the blister pack (front portion) that includes the internal components while they keep the back holder/clip portion of the dosimeter with them. The entire blister pack is then removed and replaced (safely sealing in the internal detector components) so the wearer receives a fresh, completely new blister pack. In this way, the risk of cross-contamination is greatly reduced by eliminating the need to return the back holder/clip and returning a fresh, new sealed blister pack.”

The front and side view of the new TLD

The front and side view of the old TLD

The new TLD design is already meeting user needs. “In addition to the protection and production benefits mentioned above, a key benefit for users is ease of use, since the new holder simply snaps into a clip and can be worn on a belt or elsewhere,” Biacchi told MD+DI.  “From a user needs standpoint, the new dosimeter meets the same needs that its predecessor met; however, where this new TLD-BP dosimeter really shines is in meeting a previously unmet need, which is evident in the new user benefits conveyed from this innovative new design.” Users benefit from “always receiving a fresh, new blister pack, thereby reducing cross-contamination risks associated with receiving a recycled/reused dosimeter; and decreased postage costs (when shipping badges to/from processing), which is realized by NOT having to return/ship back the holder/clip with the blister pack.”