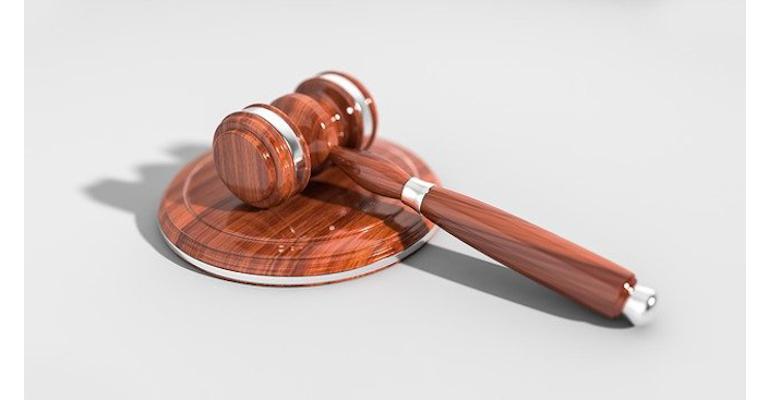 Court cases have established the means for determining the patent eligibility of diagnostic methods. Does your diagnostic pass the test?

The COVID-19 pandemic has highlighted the importance of patent eligibility in the diagnostic industry like never before. From the beginning of the pandemic, testing has been at the forefront of response efforts all over the world. Testing that is accurate, quick, and affordable is critical to limiting the spread of an infectious disease like COVID-19. Developing this kind of testing regime requires innovative diagnostic technologies. One of the purposes of patent law is to stimulate this kind of innovation. In recent years, however, the law of patent eligibility in the United States has evolved to severely limit the patentability of diagnostic inventions. This hinders the current and future research and development of new diagnostic technologies, and—as a result—patients in need ultimately suffer.

Members of Congress from both sides of the aisle have recognized the importance of this legal issue. In May of 2019, Senators Chris Coons (D-DE) and Thom Tillis (R-NC) proposed a bill that would reform patent eligibility law. Further, in a July 2020 American Intellectual Property Law Association (“AIPLA”) newsletter, Senator Tillis addressed diagnostic patentability issue in the context of COVID-19, saying, “I think one thing the COVID-19 pandemic has taught us is just how important diagnostics, pharmaceuticals, and health-care related innovations are to this country. Even if there is no path forward now for a comprehensive fix to patent eligibility, Congress can—and must, in my opinion—at least find a narrow, temporary fix for diagnostic methods.”

Discussions may be ongoing to amend patent eligibility law, but diagnostic companies and patent practitioners alike currently have to deal with relevant legal constraints as they exist today. As in many legal arenas, there is plenty of gray area and unanswered questions regarding diagnostic patent eligibility. As a result, it is important to appreciate the relevant law as it stands today so that one might glean useful guidance for those seeking diagnostic invention patent protection.

While legal jargon can get confusing, here is an easy way to understand patent eligibility in the United States. Let’s start with the language of the law. The Patent Act provides that “any new and useful process, machine, manufacture, or composition of matter, or any new and useful improvement thereof” is patent eligible. In other words, these are the types of things that can be patented if the invention meets all of the other criteria in the Patent Act. If you are thinking this cannot possibly tell the entire story, you are right. While the Patent Act does not say anything more about patent eligibility, the courts, including the U.S. Supreme Court, have provided further context and insight. More specifically, judicial precedent has developed exceptions for patent eligibility, including, for example, laws of nature, natural phenomena, and abstract ideas. This means that an invention is patent eligible unless it fits into one of those categories. The question then becomes how to determine whether an invention falls into one of those exceptions. That is a question that continues to evolve as cases come before the federal courts.

The Law—Challenges and Reasons for Hope

What does all of this mean for diagnostic inventions? Until relatively recently, the federal courts generally found diagnostic methods patent eligible. That all changed in 2012, however, when the U.S. Supreme Court broadened the scope of the law of nature exception regarding patent eligibility. In a case called Mayo Collaborative Services v. Prometheus Laboratories, the Supreme Court looked at an invention related to a method for optimizing treatment of an immune-mediated gastrointestinal disorder. The Court did not create a rule that explicitly barred diagnostic inventions from patent eligibility. It set forth an analysis framework, however, that courts must use when determining whether an invention falls under the law of nature exception. Although the test may not appear at first glance to prohibit patents covering diagnostic methods, that is quite effectively what it does.

Mayo set forth a two-part test that must be used to determine the patent eligibility of diagnostic methods. Courts look at: (1) is the claimed invention “directed to” a law of nature? (2) if yes, the claimed invention may still be patentable if the claimed method has a sufficient “inventive concept.” Let’s start with step one. Diagnostic inventions are often related to laws of nature. For example, a diagnostic method may rely on the relationship or correlation between an assay result following administration of a drug and the likelihood that the administered dose is going to be harmful or effective. This is analogous to the invention in Mayo, which involved correlating a particular metabolite concentration to the likelihood that the dose was harmful or effective, and then adjusting the dose based on this analysis. It is important to remember, however, that a claim related to a law of nature does not automatically fail step one of the Mayo test. Several cases since Mayo have clarified that while a patent applicant cannot patent a law of nature itself, the applicant can patent an application of a law of nature. The tricky part for patent applicants and patent practitioners alike is determining where the line/boundary is for a claim to be “related to” versus “directed to” a law of nature.

While there is still a lot of gray area in conducting this analysis, a recent case has shed some light on the issue. In 2018, the U.S. Court of Appeals for the Federal Circuit found in Vanda Pharmaceuticals v. West-Ward Pharmaceuticals International that claims related to a method of treatment for schizophrenia were patent eligible. The claims involved administering a particular dose of a drug based on the results of a genotyping assay. The Court acknowledged that the relationship between the assay result and the efficacy of a particular dose was a natural law to which the claim was related. The court explained, however, that the claim was directed to an application of the natural law rather than the natural law itself. This is a critical and significant distinction.

The claims in Mayo were found by the court to be directed to a law of nature whereas the seemingly similar claims in Vanda were not. The key distinction between these two cases is that in Mayo, the claimed method included an instruction to adjust the dose in response to an assay result, but did not provide a specific dose to administer. In contrast, the claimed invention in Vanda actually included a specific dose range to administer in response to the assay’s result. While this may seem like a small distinction, it made all the difference for the Federal Circuit in finding the claims in Vanda patent eligible and is a key lesson for inventors seeking to patent diagnostic methods.

If a patent claim is found not to be directed to a law of nature, then it is eligible for patent protection if it meets all of the other requirements of the Patent Act. A finding by a court, however, that a patent claim is directed to a law of nature is still not necessarily the end of the road. This brings us to step two of the Mayo test. These types of patent claims can still be patent eligible if there is what the Supreme Court called an “inventive concept” that transforms the claim into patent eligible subject matter. The Supreme Court established in Mayo that using conventional techniques to measure and take advantage of a natural relationship is insufficient to “transform” a claim into something patent eligible. However, what we didn’t learn in Mayo is what would be a sufficient inventive concept that “transforms” a claim.

Mayo altered how courts must evaluate the patent eligibility of diagnostic method patent claims. Broader questions remained unanswered, however, about what this meant going forward for those seeking to obtain patent protection over diagnostic methods. Cases before the U.S. Court of Appeals for the Federal Circuit since Mayo, such as Vanda discussed above, have provided some insight. Most notably, inventions that merely employ conventional methods to take advantage of a natural law have repeatedly been found not to be patent eligible. For example, in Roche Molecular Systems v. Cepheid (2018), the Court struck down claims involving a polymerase chain reaction (“PCR”)-based method for detecting Mycobacterium tuberculosis (“MTB”). Although PCR had never been used for that particular analyte, the Court nevertheless explained that PCR was a conventional technique that was insufficient to transform a claim that was otherwise directed to a patent ineligible law of nature. Another case, Exergen Corp. v. Kaz USA (2018), involved a method for approximating human body temperature. In this case, the Court found that the unconventional method of estimating body temperature using a radiation detector to be a sufficient “inventive concept” that transformed the claim into patent eligible subject matter.

Lessons Learned and Strategies to Consider

Patent protection for diagnostic inventions is critical to promoting innovation in the development of these technologies. Analysts estimated in 2011 the U.S. in vitro diagnostics market to be worth $19 billion and the U.S. point-of-care diagnostics market to be worth in excess of $7.5 billion. Since the Supreme Court decided Mayo in 2012, the patentability of diagnostic methods has been substantially limited. The importance of this matter is perhaps no more evident than in light of the critical role diagnostic inventions currently play in responding to the COVID-19 pandemic. While legislation may be desirable, for now we have to deal with the law as it currently stands. Although Mayo undeniably expanded the law of nature exception and limited the patent eligibility of diagnostic methods, all hope is not lost. Unless Congress creates legislation that changes the law of patent eligibility, the Mayo test is the foreseeable framework for those seeking to patent diagnostic methods to work within. Thus, there are several things to keep in mind when seeking patent protection for diagnostic methods.

As highlighted by Vanda, at least one effective strategy for patenting diagnostic innovations can be to claim a therapeutic method that applies a diagnostic result. As long as these claims include a specific dose range, Vanda teaches that they are directed to the application of the law of nature rather than the law of nature itself. Inventors should also consider explicitly claiming the novel elements of a method that may qualify as inventive concepts (e.g., novel detection methodologies, novel components or applications of such components, among others). This could also involve narrowly claiming certain elements, such as the nature of the sample or the detection technique, if these elements may qualify as inventive concepts under the Patent Act. Further insights into the patent eligibility of diagnostic inventions can be found in the exemplars within the Manual of Patent Examining Procedure (“MPEP”).

Mayo currently controls patent eligibility of diagnostic inventions in the United States. This result is undeniable. Even in an environment where Mayo controls, however, inventors can still obtain patent protection if they keep in mind the critical lessons learned in the cases since Mayo.

The opinions expressed in this article are the opinions of the authors and may not reflect the opinions of McAndrews, Held & Malloy, its clients, or any individual attorney. This article is for general information purposes and is not intended to be, and should not be taken as, legal advice.