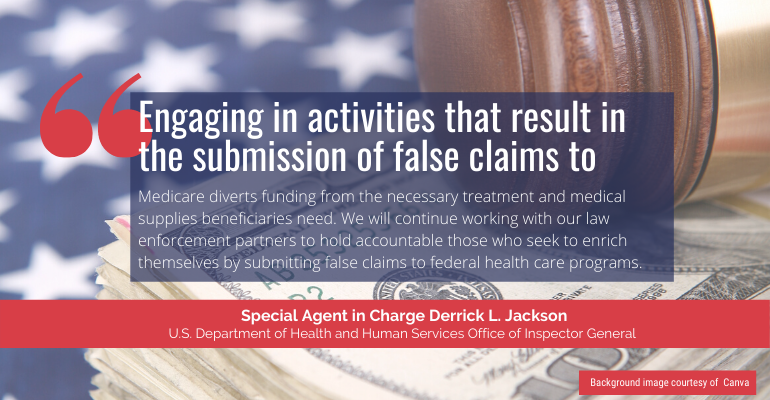 Abbott agreed to pay $160 million to settle allegations that a company previously owned by Alere submitted false claims to Medicare for diabetes supplies and paid kickbacks to Medicare beneficiaries.

Editor's note: This story has been updated to include a statement from Abbott.

Alere acquired Arriva Medical, which at one point was the nation's largest Medicare mail-order diabetic testing supplier. Abbott acquired Alere in October 2017 in a contentious deal that Abbott fought hard to get out of it. Now, Abbott is paying the price for mistakes allegedly made by Alere and Arriva, which ceased business operations in December 2017.

“This matter relates to alleged activities that took place prior to Abbott’s acquisition of Alere and was previously disclosed by Alere in financial filings," an Abbott spokesperson told MD+DI. "This business was discontinued shortly after the transaction closed.”

The settlement resolves allegations that Arriva and Alere made, or caused, claims to Medicare that were false because kickbacks were paid to Medicare beneficiaries, patients were ineligible to receive meters, or patients were deceased.

“Paying illegal inducements to Medicare beneficiaries in the form of free items and routine copayment waivers can result in overutilization and waste taxpayer funds,” said Acting Assistant Attorney General Brian M. Boynton for the Justice Department’s Civil Division. “We will continue to protect the integrity of the Medicare program by pursuing fraudulent claims arising from violations of the Anti-Kickback Statute or other applicable reimbursement requirements.”

The United States alleged that, from April 2010 until the end of 2016, Arriva, with Alere’s approval, paid kickbacks to Medicare beneficiaries by providing them “free” or “no cost” glucometers and by routinely waiving, or not collecting, their copayments for meters and diabetic testing supplies. Specifically, the United States alleged that Arriva advertised that glucometers would be “free,” and then during intake calls offered Medicare beneficiaries a “no cost guarantee,” under which Arriva would provide the meters at “no cost” if Medicare denied payment, which typically happened because the beneficiaries were not yet entitled to a new glucometer paid for by Medicare. Arriva also allegedly offered and provided existing customers “free” additional meters to induce them to reorder testing supplies from Arriva.

Arriva also allegedly routinely waived, and failed to make reasonable efforts to collect, Medicare copayments. It allegedly failed to send invoices to beneficiaries, and failed to take other basic steps, like sending collection letters or making phone calls, to collect copayments. Specifically, Arriva allegedly systematically waived “small” dollar copayments without informing beneficiaries of their copayment obligations by sending them an invoice, and allegedly automatically waived other unpaid copayments after sending no more than three invoices seeking payment and making no other collection efforts. Arriva also allegedly waived copayments when customers complained that Arriva had advertised and otherwise indicated that their supplies would be free or at no cost.

“The False Claims Act and related statutes exist to protect the public fisc and to ensure companies do not benefit from unfair competition by gaining an illegal advantage over competitors,” said Acting U.S. Attorney Mary Jane Stewart for the Middle District of Tennessee. “When companies engage in such practice, they can expect to be held accountable for their actions.”

Finally, the settlement resolves claims that Arriva submitted false claims to Medicare on behalf of deceased beneficiaries. In November 2016, the Medicare program revoked Arriva’s Medicare supplier number for doing so.

“Engaging in activities that result in the submission of false claims to Medicare diverts funding from the necessary treatment and medical supplies beneficiaries need,” said Special Agent in Charge Derrick L. Jackson of the U.S. Department of Health and Human Services Office of Inspector General (HHS-OIG). “We will continue working with our law enforcement partners to hold accountable those who seek to enrich themselves by submitting false claims to federal health care programs.”

The civil settlement includes the resolution of claims brought under the qui tam or whistleblower provisions of the False Claims Act by Gregory Goodman, a former employee at an Arriva call center in Antioch, Tennessee. Under those provisions, a private party can file an action on behalf of the United States and receive a portion of any recovery. The Act also permits the United States to intervene and take over the litigation of such actions, as the United States did here. Goodman will receive $28,548,749 as his share of the recovery. The qui tam case is captioned United States ex rel. Goodman v. Arriva Medical LLC et al., Case No. 3:13-cv-00760 (M.D. Tenn.).

Arriva’s founders, David Wallace and Timothy Stocksdale, previously paid $1 million to resolve allegations that they participated in the kickback scheme. Ted Albin and Albin’s company, Grapevine Billing and Consulting Services, are not parties to the settlement and remain defendants in the ongoing litigation. The United States filed suit against Albin and Grapevine shortly after it intervened in the qui tam action against Arriva and Alere.

Alere has been on the Justice Department's radar for a while. In July the company agreed to pay $38.75 million to settle allegations that Alere entities sold diagnostic devices knowing the devices had a materially defective algorithm. Doing so violated the False Claims Act, the government claimed, because the company billed, and caused others to bill, the Medicare program for defective rapid point-of-care testing devices.

The settlement announced today resolves allegations that, from 2008 to 2016, Alere knowingly sold defective INRatio blood coagulation monitors used by Medicare beneficiaries taking anticoagulant drugs, such as warfarin. For those patients, blood coagulation monitoring is essential to determining a clinically appropriate and safe dosage for their medications. Too much of an anticoagulant drug can cause major bleeding, and too little of the drug can cause blood clots and strokes.

Since at least 2008, Alere allegedly knew that the software algorithm used in each version of its INRatio monitors contained a material defect. Based on its own internal research, as well as external complaints and warnings, Alere allegedly was aware that INRatio devices had a “system limitation” that produced inaccurate and unreliable results for some patients. The United States alleged that, despite awareness that INRatio systems were linked to over a dozen deaths and hundreds of injuries, including intra-cerebral hemorrhaging and cardiovascular events following bleeding episodes, Alere concealed the defect for years and billed Medicare for the use of defective INRatio devices. Alere allegedly failed to take appropriate corrective actions until 2016, when the devices were removed from the market following a nationwide Class I product recall at FDA's request.

Prior to being acquired by Abbott, Alere had to settle another Department of Justice investigation related to its triage cardiac and toxicology products. That investigation, among other revelations that came to light after Abbott first agreed to buy Alere, drove Abbott to take Alere to court in an effort to get out of the merger.

Still, Abbott's diagnostics business has benefited from the technology it acquired through the $5.3 billion deal. That technology helped to put Abbott ahead of the pack when the world was in dire need of rapid COVID-19 tests last year.