What Products Will Ultimately Win in Diagnostics? 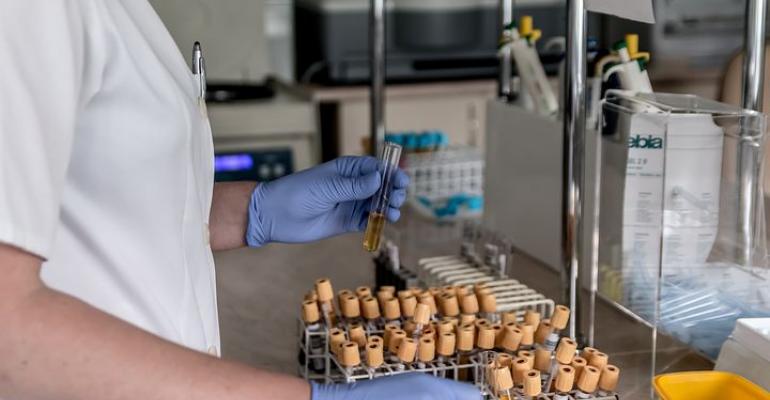 Panelists at the recent J.P. Morgan Healthcare Conference in San Francisco, CA were charged with separating the hype from the reality in the field of diagnostics and offered insight into what products will win in the space.

It turns out there are actually several classes of diagnostic technologies that seem like they are really hot right now, but are actually overhyped, according to a panel of laboratory experts who addressed the subject during the recent J.P. Morgan Healthcare Conference in San Francisco, CA.

Perhaps one of the hottest topics that have emerged in diagnostics over the past few years is liquid biopsy and while that technology is finding its way into hospital laboratories for certain applications, Nick Papadopoulos, a professor at Johns Hopkins University, said that in early detection of cancer, at least, liquid biopsy is still more hype than reality.

"Early detection is the hardest of all applications [for liquid biopsy]," Papadopoulos said. "It's not that it's not going to work, necessarily, what I think is overhyped is how people claim it's going to work and how sensitive and how specific it's going to be."

To elaborate on this point, Papadopoulos explained that with early detection the goal is to find cancer not before it occurs, but at the stage where it is most curable, which typically means before it has spread. At that stage, the material available to be tested is very small, and in order for that to work with liquid biopsy there needs to be a lot of technical improvements, he said.

"What I think a lot of times people ignore is the actual biology and [whether or not we can] even detect certain tumors in plasma, for example. Can [circulating tumor DNA] alone solve the issue and have the appropriate sensitivity and also specificity? Also, what does it mean if you find the mutation in the plasma, does it mean that the person has cancer? Older people, like me, they probably have mutations in their plasma, it doesn't mean that they have cancer," Papadopoulos said.

This leads to potential overdiagnosis or, worse, overtreatment, he explained.

"I personally would like to know if there is something inside me that has mutations," he said. "That doesn't mean that we have to treat."

What he sees as a real winner in the diagnostics field is what he termed error-reduction technologies and algorithms.

"Because of the amount of data that is generated from sequencing ... you need good algorithms that we and others are training now to try to interpret the data," Papadopoulos said.

The next step, he added, is to do a lot of testing in healthy people to try to really determine the specificity of an assay, because for early detection specificity is a lot more important than sensitivity.

"I don't want to ignore the sensitivity, but we're talking about asymptomatic people being screened for cancer ... so you have to have really extremely high specificity. S that is another thing that is coming ... algorithms to actually being able to do those things," Papadopoulos said.

At the patient level, this is important because if a test has a lot of false positives it can lead to a high number of unnecessary procedures, not to mention the psychological stress on the patient having to think they have cancer when they actually don't.

"I love it, I use it, it's great, but there are a lot of genes for genetic disorders or even pharmacogenetics that you can't do with NGS platforms, Pratt said. "They're getting better over time, but they can't do it all right now."

She used the example of a common inheritable form of mental retardation called fragile X syndrome, which is more common in males than in females. Current NGS technology is incapable of detecting the fragile x mental retardation gene at this time, Pratt said.

Another limitation of NGS technology, she noted, is the existence of pseudogenes, which a lot of genes have. So the data analysis platforms used to analyze such genes end up capturing the pseudogenes as well as the regular genes and the systems can't tell if it is a real gene or a fake gene, as Pratt put it.

As for a real winner in the space today, Pratt said her lab is currently working with IT personnel to implement clinical decision support tools into electronic medical records (EMRs). EMRs are great as a billing system, she said, but not so great for actually improving patient care.

"You put the report in and the newest report always goes to the top and the oldest report goes to the bottom of the EMR, and the physician will never find it again in their entire life despite how much they try to search for it. ... We're putting a lot of effort and looking at the economic impact of pharmacogenetics," she said.

In the infectious disease diagnostics realm, one of the biggest overhyped terms is rapid diagnostics, according to another panelist. Nathan Ledeboer, an associate professor of pathology Frodtert & Medical College Wisconsin, said the problem with rapid diagnostics is that there are not any downstream decision support processes in place to actually help providers make treatment decisions based on a rapid diagnostic test.

"So it's great I can give you a rapid urine result at 2 in the morning, but is there anybody that's actually there to do anything with it? We haven't built those tools," Ledeboer said. "The other thing is, who's making these decisions when these rapid results come out? It's generally the most junior of our providers and they're not willing to move away from what their attending says [out of fear of repremandation]."

If healthcare systems are to truly use rapid diagnostic testing, there has to be case support to show why the rapid test should be used and clinical decision support to help the providers feel confident in using that information.

"That alludes to the fact that we all focus on building our companies, developing our technology, commercializing it, but there's a lot that has to be changed in the overall infrastructure to create that market pulse so that people use it," said Kenneth Bahk, director of Three Lakes Partners and moderator of the panel.