Playing God: Will Synthetic Biology Redefine Medicine and Save the World? 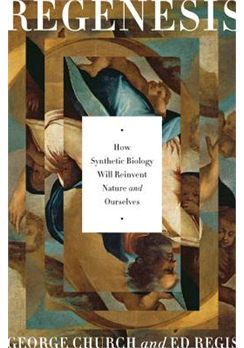 In 2010, researchers from the J. Craig Venter Institute created a synthetic cell complete with man-made genetic instructions. And while synthetic biology is still a nascent field, it could potentially revolutionize medical technology and other facets of our lives. A recent book titled "Regenesis: How Synthetic Biology Will Reinvent Nature and Ourselves" examines the far-fetched-seeming implications of the science. We could, for instance imbue the human body with unprecedented biological functions and tweak our cells to make them immune to radiation, viruses, cancer, and many other diseases.

A review of the book from Scott Gottlieb, MD in a review titled "Mother Nature 2.0" in The Wall Street Journal explains that the authors "describe the ways in which different applications of synthetic biology may transform established science and effectively make obsolete current principles in medicine and manufacturing." Synthetic organisms could be leveraged to do everything from produce biofuels to absorb carbon from the atmosphere.

These proposed advances may sound like science fiction and time will tell how successful scientists fare in their quest to use synthetic biology eradicate or even weaken diseases' grip on our lives. For one thing, the notion of creating synthetic life will likely be deeply controversial in some quarters and raise eyebrows at regulatory institutions like the FDA. In his review, Gottlieb concludes that "When history is written centuries from now, it is more likely that writing DNA will be the most enduring innovation, so long as we keep it in safe hands." That's no small statement.

The book has already received attention not just for its content but for the scientific exploits of George Church, one of its co-authors. Church, who is a founding member of the Wyss Institute for Biologically Inspired Engineering at Harvard University, has encoded an HTML version of the book itself in DNA. The video below describes how he accomplished that feat by working with colleague Sriram Kosuri, PhD: