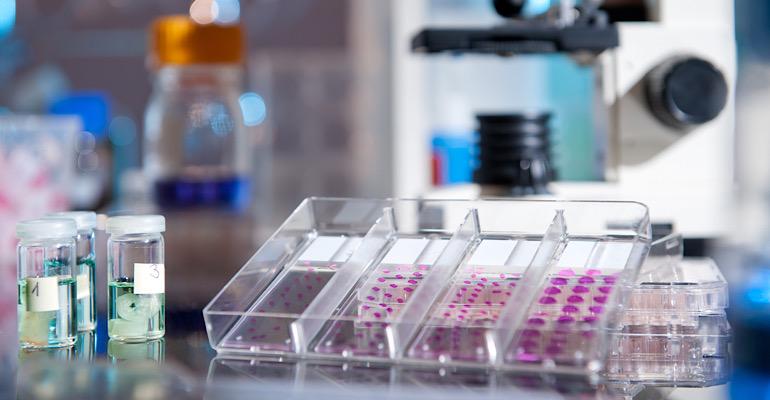 The Baltimore, MD-based company has raised $103 million in a series C round.

Personal Genome Diagnostics (PGDx) has raised $103 million in its series C round to help with the advancement of its tissue and liquid biopsy tests. With this financing, the Baltimore, MD-based company has raised more than $200 million in funding rounds.

Proceeds from the round will be used to expand the company’s cancer detection portfolio, said Megan Baily, PGDx CEO.

“As we seek to impact cancer care globally, we plan to invest and grow our commercial and operational functions that will support our decentralized comprehensive genomic profiling strategy and our pharma partnering efforts,” Bailey told MD+DI via email. “We will also be investing in the expansion of our product portfolio, addressing patient needs across the cancer care continuum - this includes liquid biopsy, where we will focus efforts and continue to expand our offerings given the importance of a non-invasive option for therapy selection and monitoring.”

One of PGDx’s most significant products is the PGDx elio tissue complete. Elio is a clinical next-generation sequencing (NGS) diagnostic kit for comprehensive tumor profiling. The company gained significant commercial momentum when elio won FDA clearance in April of 2020. In late 2019, the company won an IDE for the elio assay to be used during Merck’s trial of pembrolizumab-base combination therapy.

Despite the constraints some companies have had in raising funding during the pandemic, the liquid biopsy market still has strong interest from venture capital investors. Take Delfi Diagnostics for example. The Baltimore, MA-based company is developing a liquid biopsy test in conjunction with machine learning and raised $100 million in a series A round in January.

Even liquid biopsy powerhouse Grail – during the beginning of the pandemic – was able to net $390 million in a series D round. (Editor’s Note: Grail is being acquired by Illumina, the company it was spun out of in 2016.

PGDx’s Bailey noted that seeking out venture capital during the COVID-19 crisis has been a different beast.

Bailey said, “fund raising during the pandemic was different – as is most things these days – but we were fortunate to find partners who believe in and support our vision and were able to progress discussions and ultimately drive investment decisions through a series of virtual presentations and interactions.”