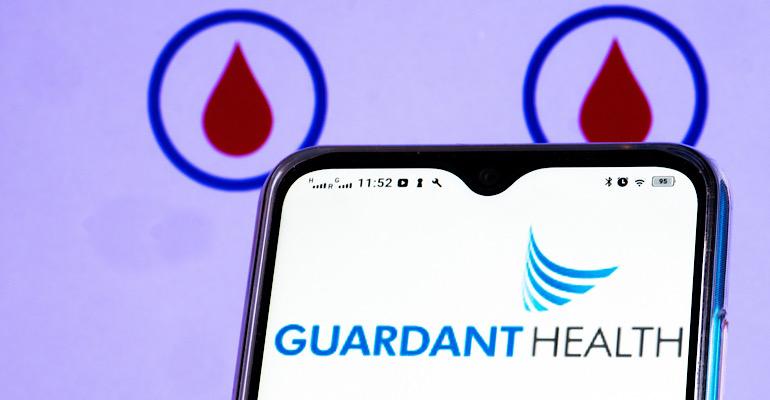 Guardant Health has launched a blood-only liquid biopsy test for the detection of residual and recurrent colorectal cancer.

Guardant Health is launching a liquid biopsy test for the detection of residual and recurrent colorectal cancer.

The Guardant Reveal test achieves industry-leading sensitivity (91%) for detecting ctDNA by simultaneously interrogating both genomic alterations and methylation. The test accurately reports genomic alterations down to allele frequencies of 0.01%, and effectively filters out biological noise sources such as mutations caused by clonal hematopoiesis of indeterminate potential.

“Guardant Reveal is going to be for that next segment of the population those early-stage cancer patients - stage one through three, that get surgery and they’re wondering did the surgeon really get it all,” Eltoukhy told MD+DI in a January interview. “Is there still some cancer left. Is my cancer going to come back?  Just a few weeks after surgery we can take a blood draw from those patients with Guardant Reveal and we can see if indeed they still have cancer or not. That same test can be used for reoccurrence monitoring down the road.”

He added, “there are other tests that came out last year, that are quote unquote liquid biopsy, but they all require tissue to be sequenced. You have to take a tumor from a patient, sequence then you take the signature of that tumor and develop a liquid biopsy based on that. Our [test] is the first blood-only test in the industry and one that we think is going to be very important.”

Although the company will start out with colorectal cancer there are plans to move onto other cancers in the future.

“The use of liquid biopsies in clinical practice represents a new frontier in improving cancer care for patients at all stages of their disease," said Aparna Parikh, MD, MPH, Gastrointestinal Oncologist at Massachusetts General Hospital and Assistant Professor of Medicine, Harvard Medical School. "It’s exciting to see that Guardant Health’s liquid biopsy tests not only inform targeted therapies for advanced cancer patients but can now detect signs of cancer in the blood after curative intent surgeries. With this test, clinicians now have an additional tool to evaluate whether a patient with early-stage colorectal cancer is at high risk for recurrence, helping to inform adjuvant treatment after surgery in certain settings, and to detect microscopic recurrence of cancer months earlier than today’s standard of care.”