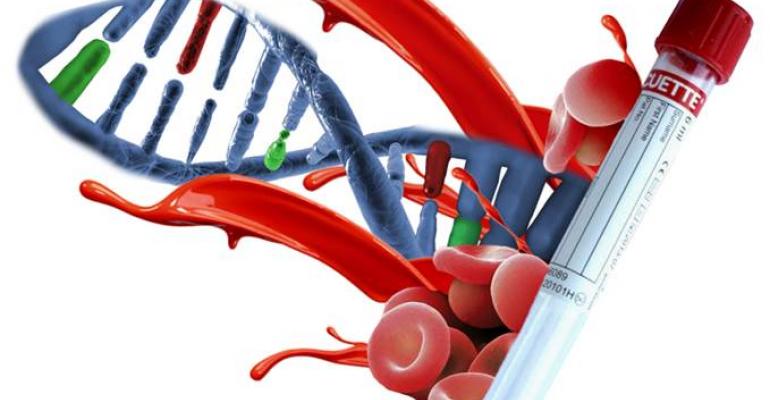 The liquid biopsy market has expanded greatly in the past few years. From billion-dollar financings to highly publicized spinouts – the space has managed to attract quite a bit of attention and change the dynamic of diagnostics.

Earlier this week, Roche made a big play in the space by acquiring the remaining shares of Foundation Medicine for $2.4 billion. Precipio is hoping to make its own impact in liquid biopsy and said it is focused on the monitoring segment of the market.

The New Haven, CT-based company is about a year removed from merging with Transgenomics. The transaction also helped Precipio become a public company – although that wasn’t the main reason for the merger, said Ilan Danieli, CEO of the combined firm.

“What I find is an interesting view is that people see our transaction and assume that we wanted to become public,” Danieli told MD+DI. “They say we did a merger with [Transgenomics] and oh-by-the way- got this technology, but it’s actually the reverse. What drove the transaction is the technology.”

The ICP kits will be priced at about $100 per specimen, a fraction of competing liquid biopsy tests. Laboratories running ICP can apply tier-1 approved codes to bill for the tests at approximately $400 (based on Medicare’s 2018 Clinical Lab Fee Schedule).

“We develop very focused targeted panels for monitoring, that come in at a price point that’s a fraction of those competitor models,” Danieli said.

The breakthrough clinical value of this dramatic cost reduction is the ability to test sequentially and repeatedly, increasing the likelihood of identifying the KRAS mutation soon after it appears. The company said this enables the physician to optimize treatment in real time and react to the genetic signals that may precede potential patient deterioration.

The economic value lies in the ability of the treatment center to generate new revenue by now offering an in-house laboratory developed test to screen pancreatic patients, tests which, absent ICP, are being sent out to external diagnostic labs.

He noted that other companies were developing at a price point that probably could not be maintained long-term in the market.

“At some point how do the economics of this work? We are in an environment of healthcare," Danieli said. "It’s not an environment of unlimited resources. I think that’s part of the problem – these very expensive tests that really aren’t sustainable in an ongoing clinical market.”

But just how can Precipio compete or exist in a world filled with Illumina-spinoff Grail and cancer detection powerhouse Guardant Health?

“I think the playing field is going to be divided into screening and monitoring,” he said. “I think [Grail and Guardant] are without a doubt far more applicable to screening. I think they’re going to have a very hard time playing in the monitoring market, which is our focus. Both sides of the business have value. Where I’m really happy with companies like that is from a market education perspective. They’re doing a phenomenal job. Bringing liquid biopsy to the forefront of people’s minds is great for everyone.”