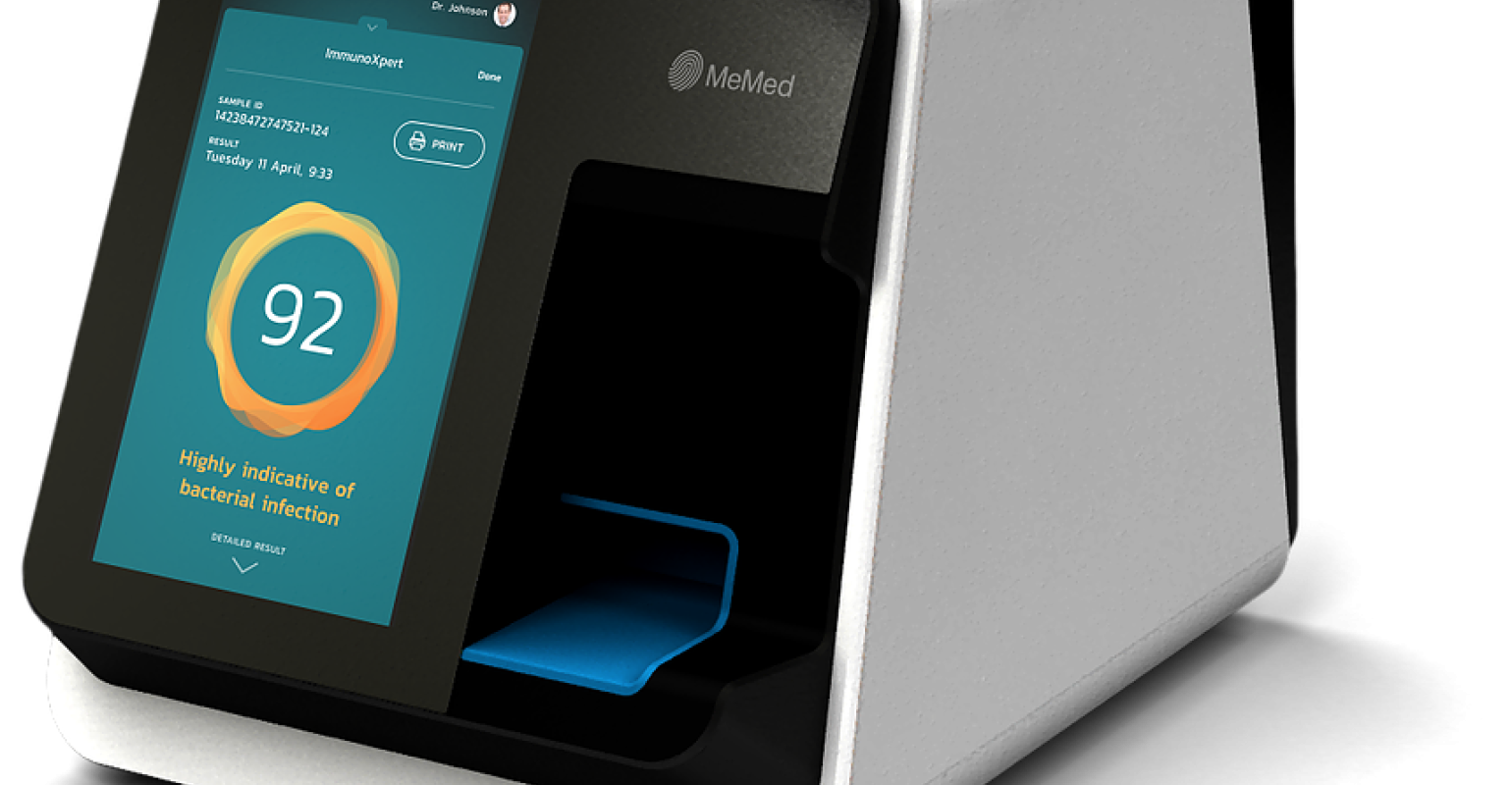 MeMed Looks to Distinguish Between Bacterial and Viral Infections

The Haifa, Israel-based company has raised more than $70 million in a funding round.

Bacterial or viral infection, that is the question. Haifa-Israel based MeMed Diagnostics is developing a point-of-care platform and immune-based test that will one day be able to provide answers. Such a test could help with the overuse and underuse in antibiotics used to treat patients.

To help with its mission MeMed has raised more than $70 million in an oversubscribed financing round. MeMed said participation in the round came from new and existing investors including Ping An Global Voyager Fund, Foxconn, Caesarea Medical Holdings, Clal Insurance, Phoenix Insurance, OurCrowd, Social Capital, WTI, and Horizons Ventures.

MeMed has developed and validated an immune-based protein signature called MeMed BV. The company is also developing MeMed Key, a platform that opens the way to measuring multiple proteins and signatures, conventional and innovative, with central lab precision at the point-of-care. MeMed Key will measure MeMed BV within minutes.

The company said it will use proceeds from the funding round for the market adoption of MeMed; complete development and upscale manufacturing and clearance of the MeMed Key, and to expand its pipeline of tests that integrate machine learning and immune-based measurements to tackle big clinical challenges.

MeMed was founded in 2009 and has raised about $100 million in equity plus about $25 million to $30 million in prizes, grants, and contracts. Eden said the firm’s journey wasn’t without hardship and setbacks, but ultimately it has made sufficient progress.

“I think to get to the point where we are today, we failed on multiple fronts -both on the signature and developing the platform,” Eden said. “We had to reinvent ourselves several times. These are very big and difficult problems to solve. There are no magic bullets, no aha moments – just hard work that takes years.”