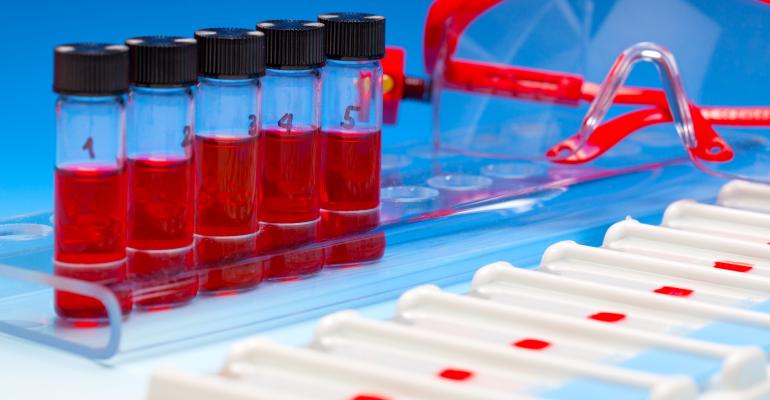 Image from Adobe Stock
Grail had a huge win in the liquid biopsy space this week. The Menlo Park, CA-based company said results of its Circulating Cell-Free Genome Atlas study show its technology can detect 50 cancer types across all stages with a very low false-positive rate.

Grail has some solid results coming from its multi-cancer early detection blood test. The liquid biopsy specialist revealed data that shows its technology can detect more than 50 cancer types across all stages, with a very low false-positive rate of less than 1%, through a single blood draw.

These results were published in Annals of Oncology. Grail’s Circulating Cell-Free Genome Atlas (CCGA) study provided much of the data for the publication. The study included more than 15,000 participants with or without a diagnosis of cancer.

In the sub-study reported in Annals of Oncology (N=6,689), results from the validation set (N=1,969) showed Grail’s proprietary targeted methylation technology achieved high specificity (99.3%), or a single low false-positive rate of less than 1%, across more than 50 cancer types.

When a cancer signal was detected, a tissue of origin result was provided for 96% of the samples, and of these, the test correctly identified the tissue of origin in 93% of cases. Importantly, the performance of the test was consistent across training and validation sets.

"The promising results from this independent validation data set demonstrate the robustness of the test performance, including its ability to detect multiple cancer types, and its generalizability to broader populations due to a low false-positive rate," Minetta Liu, MD, Research Chair and Professor, Department of Oncology, Mayo Clinic, co-lead author and investigator in the CCGA study, said in a release. "In addition, the high accuracy in identifying the anatomic origin of primary cancer, in conjunction with detection of a positive cancer signal in the blood, will allow providers to efficiently direct next steps for each individual’s diagnostic work-up and subsequent clinical care."

Grail has been setting a fast pace in the liquid biopsy space. In October, the company announced data from CCGA showing its technology could detect 20 cancer types across all stages with a single, very low false-positive rate.

A little more than a month ago, MD+DI reported the company initiated PATHFINDER, a multicenter study conducted under an IDE to evaluate Grail’s multi-cancer early detection test.

PATHFINDER is significant because it marks the first time Grail’s test results will be returned to healthcare providers and communicated to participants to help guide appropriate diagnostic workups for cancer types.