HomeMarketsIVDThe Legacy of Biomaterials in Medicine
Recent
Markets
Case for Quality Shifts from Pilot to Full Program
Jun 22, 2021
Recording the Brain at Work with Thousands of Sensors
Jun 21, 2021
Is Philips' Loss ResMed's Gain in Sleep Apnea Devices?
Jun 21, 2021
‘Meeting Patients Where They Are’
Jun 21, 2021

The Legacy of Biomaterials in Medicine

MD+DI: How has biomaterials research transformed orthopedics and cardiovascular devices, and other medical applications? 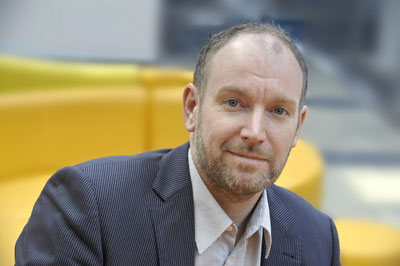 Hendriks: The use of biomedical materials has a long and fascinating legacy characterized by creativity, innovation and positive medical outcomes. Since the dawn of civilization, mankind has been exploring ways in which natural materials might replace or enhance the natural functions of the human body. Archaeological evidence suggests, for example, that the ancient Egyptians used sea shells to replace missing teeth and linen to close wounds—creating what may have been the first dental implants and sutures.

Natural materials have been the key source of biomedical materials throughout much of the history of their use—from the coconut shells used to close holes in skulls, as was practiced in Tahiti, to the elephant ivory that was used to create the first recorded hip implant in 1891.

The real revolution in biomedical materials began in the second part of the 20th century, with the introduction of synthetic materials that enabled medical device makers to break free from many of the limitations and risks associated with relying solely on natural materials.

Today, thanks to continued innovation and advancement in the biomaterials field, healthcare providers and device makers are finding solutions with the potential to address key problems associated with one of the greatest challenges facing the world today: our aging population.

What follows are a few examples of the transformative role of biomaterials technology in medical device design:

In the cardiovascular space, the introduction of heparin coatings has clearly had a positive clinical outcome in patients demonstrating extracorporeal circulation during open heart surgery. The response to extracorporeal circulation extends far beyond a simple derangement of hemostasis. It can be associated with a severe systemic inflammatory response. Heparinized circuits have demonstrated to decrease inflammation, particularly during extended cardiopulmonary support.

Another example concerns the treatment of vascular stenoses. Biomaterials technology enabled the design and development of angioplasty balloon catheters, the performance of which was further improved by the application of hydrophilic lubricious coatings, such as the DSM ComfortCoat--which helps improve the maneuverability of the catheters. Materials selection for design of the balloon catheter itself has gone through several iterations to end up with the minimal profile catheters and high-performance balloons we have today.

Balloon angioplasty, associated with a relatively high rate of restenosis, was rather quickly replaced by stenting. If we look at first-generation stents versus today’s stents, we clearly see how biomaterials technology has enabled the creation of progressively smaller stents. As a third technology wave in treatment of vascular stenosis, the so-called drug eluting stents were introduced. Biomaterials technology has played and still plays a key role in providing for the drug eluting coating. In successfully designing a polymer-based drug delivery solution, many polymer performance requirements come together. Think of such design criteria as biocompatibility, drug elution rate, drug compatibility, film-forming properties, surface adhesion, packaging requirements, and there are several more. More recently, biodegradable polymers were introduced for development of drug eluting stent coatings, such as a proprietary amino acid based–drug carrier for Svelte’s new all-in-one drug-eluting stent system.

In the orthopedic space, the total artificial joints, most notably for replacement of the hip and the knee, have been the most striking clinical successes enabled by advancements in biomaterials technology. Today, more than a million hip and knee replacements are done annually, bringing improved quality of life and the return to activity to many patients.

Dyneema Purity fibers are one of the most recent advances in the biomedical materials industry. These Ultra-high-molecular-weight polyethylene (UHMwPE) fibers are proving effective in moving implants beyond the limitations of more-traditional orthopedic fibers and sutures. Conventional fibers such as polyesters, polypropylene, or nylon have a moderate strength and will show a fairly large stretch (elongation) before they ultimately break. The UHMwPE fibers are the opposite: their strength is much higher—on weight basis, the fibers are more than 10 times as strong as steel, and a braid or suture made from these fibers has the potential to be twice as strong as a comparable polyester product. At the same time, the elongation is hardly noticeable—when ultimately reaching the breaking strength, the elongation is just about 3%. These materials characteristics enable the design of improved and novel medical devices. Currently, Dyneema Purity is, for instance, successfully used in orthopedic sutures for rotator cuff repair and in ligament fixations where the very low stretch results in a very rigid fixation, improving the chance for fast readhesion of the torn ligaments back to the bone.