Illumina Wants to Acquire Grail, But FTC Says No, No, No 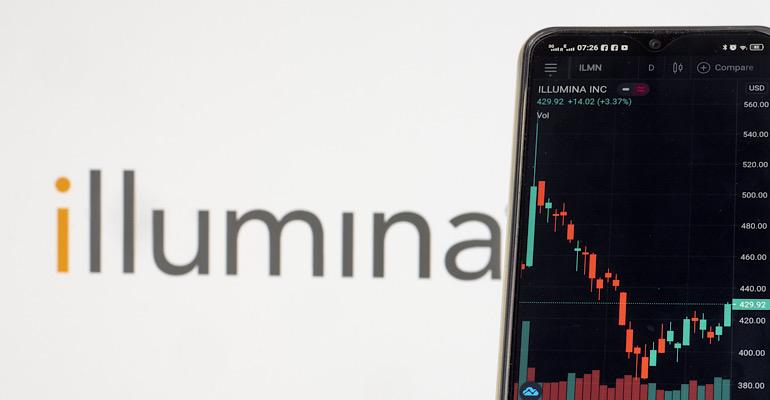 This marks the second time the Federal Trade Commission and Illumina have crossed swords over M&A. FTC challenged Illumina’s $1.2 billion proposed acquisition of Pacific Bio. The two companies would eventually terminate the deal.

The Federal Trade Commission has filed a lawsuit to block Illumina’s $7.1 billion acquisition of Grail, a liquid biopsy specialist. If FTC is successful, San Diego, CA-based Illumina would fail to bring Grail, the company it launched in 2016, back into the fold.

FTC’s complaint alleges the proposed acquisition will diminish innovation in the U.S. market for multi-cancer early detection tests. MCED tests could be used to detect up to 50 types of cancer, most of which are not screened for at all today, saving millions of lives around the world.

The federal agency said it will file a complaint in the U.S. District Court for the District of Columbia seeking a Temporary Restraining Order and Preliminary Injunction to stop the deal pending an administrative trial. The trial is scheduled to begin Aug. 24, 2021. FTC commissioners voted 4-0 to challenge the deal.

Illumina said it intends to pursue all legal options to complete the acquisition and deliver the strategic benefits to its stakeholders.

“Combining Grail’s innovative multi-cancer early detection test with Illumina’s experience and scale will enable more patients in both the United States and worldwide to garner access to Grail’s test faster,” said Hans Bishop, CEO of Grail. “We continue to believe that together we could transform cancer care by catching more cancers earlier.”

This isn’t the first time FTC and Illumina have crossed swords over M&A. In January of last year, Illumina and Pacific Biosciences (PacBio) called off a $1.2 billion merger shortly after FTC sharply criticized the deal, saying it could cause a monopoly in the U.S. market for next-generation sequencing (NGS).

The two companies first announced the merger in November of 2018.

Before the announcement of the proposed merger, Grail was making plans to go public. The firm filed a placeholder amount of $100 million for its IPO in September of 2020.

Grail’s IPO set off a ripple effect of deals in the liquid biopsy industry. Shortly after news broke about Grail’s plans, Illumina announced it would acquire it.

Then Exact Sciences announced it would put down $2.15 billion to acquire Thrive Earlier Detection, an up-and-coming liquid biopsy specialist.