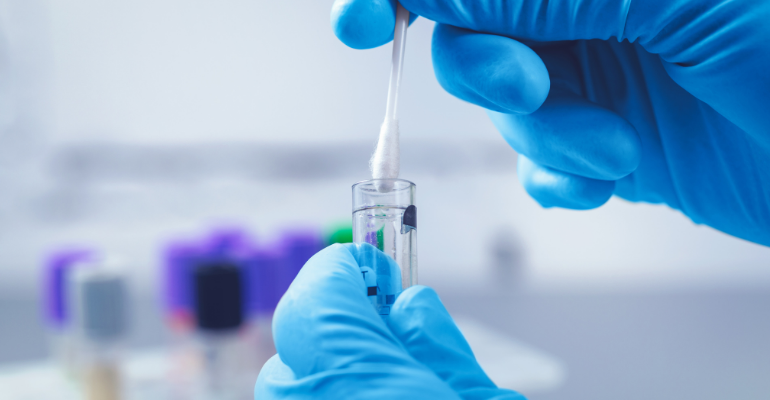 Fluxergy is looking for partners to help bring its CE-marked COVID-19 test to market. The automated testing platform has multimodal capability allowing for a variety of assay types to be run simultaneously on the same cartridge.

Fluxergy, a medical diagnostic testing platform company with a detection technology solution capable of multimodality, recently received CE marking for its one-hour COVID-19 RT-PCR test, to use by healthcare professionals as an in vitro diagnostic for the detection of SARS-CoV-2.

“One of the big things that we’ve been developing over the last eight years has been multimodality technologies,” Fluxergy President Tej Patel told MD+DI.

Fluxergy’s automated, sample-to-answer testing platform has multimodal capability allowing for a variety of assay types, such as molecular, immunochemistry, chemistry, and cytometry assays, to be run simultaneously on the same cartridge. This will give users the ability to run unique point-of-care panels with the potential ability to do built-in reflex testing, among other capabilities. Potential environments for rapid testing applications include emergency rooms, outpatient procedures, urgent care, workplace screening, mobile testing, community level testing settings, school re-openings, and in tourism.

“You need multiple different viewpoints to truly understand what’s going on, and that’s where the value is of what we’ve created with a single platform,” Patel said.The Irvine, CA-based company has made its platform available as a research use only system for its partners, including University of California San Diego, and Mass General Brigham in Boston, MA, during the current public health emergency. In December, Fluxergy received dual ISO-13485:2016 and MDSAP certifications.

Last year, Fluxergy received a $30 million investment from John Tu, principal investor and Kingston Technology co-founder, to rapidly expand its capability to scale production of the Fluxergy Analyzer diagnostic testing system in response to the COVID-19 pandemic. Fluxergy has now expanded manufacturing capabilities for its testing system to up to one million per month.

“We’re looking for partners to help get the product out in different markets,” Patel said.

The Fluxergy Analyzer is not yet available in the United States, but Patel said the company is trying to get emergency use authorization from FDA. So far it has been a slower-than-expected process, he said, but he did expect it to take a little longer given this is the company’s first product.

The company says the Fluxergy Analyzer can bring testing results to the frontlines of future pandemics and health scares, especially in poverty-stricken regions where vaccines and treatments are less accessible. The system also leverages artificial intelligence, and it actually has applications beyond healthcare too, including vetrinary medicine, chemical processing and manufacturing, food service, and tourism.