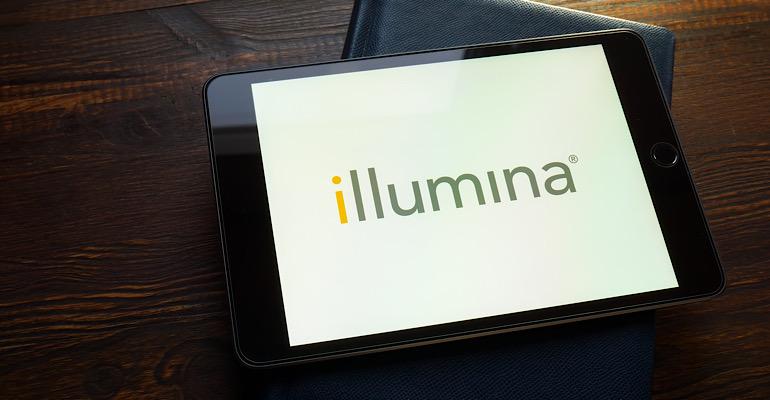 The two are squaring off over Illumina's acquisition of Grail.

There’s a new wrinkle in the saga of Illumina’s $8 billion acquisition of  early cancer detection specialist, Grail that could lead to fines for both companies.

Last week, the European Commission sent a Statement of Objections to the gene sequencing specialist, Illumina, informing the company of the interim measures it intends to adopt following the alleged breach of the standstill obligation under the EU Merger Regulation.

“Illumina and Grail completed their merger, while our investigation is still ongoing,” Executive Vice-President Margrethe Vestager, in charge of competition policy, said in a release. “Under our rules, companies have to wait for the Commission's clearance before implementing deals that are subject to our review. The standstill obligation is a cornerstone of our ex-ante merger control regime which aims at preventing harmful effects to competition while our review is ongoing. This is the first time companies openly implement their deal while we are carrying out an in-depth investigation.”

In a release, the European Commission said Illumina will have the opportunity to respond to the Statement of Objections in writing and orally. The Commission said after hearing the parties, it could make the interim measures binding and Illumina and Grail would be legally obliged to comply with them. The Commission said it is empowered to impose periodic penalty payments in case of non-compliance. Moreover, companies failing to comply with interim measures can be fined up to 10% of their annual worldwide turnover under Article 14 of the Merger Regulation.

In parallel, and as communicated on 20 August 2021, the Commission will continue to investigate whether Illumina and Grail's decision to implement their transaction pending the Commission's in-depth investigation constitutes an infringement of the EU Merger rules that may trigger the imposition of fines. If the Commission were to conclude that Illumina and GRAIL are liable, it could impose a fine of up to 10% of the companies' annual worldwide turnover.

Illumina first announced it would bring Grail back into the fold a year ago.  Illumina spun out Grail in 2016.

The announcement came at a time when the early cancer detection/liquid biopsy market was going through major changes, which included Grail making a run at an IPO.

However, the deal stalled when antitrust regulators began to scrutinize the merger. In an unprecedented move, Illumina went ahead and completed the acquisition of Grail. It said it would keep both companies separate until an investigation from the FTC is complete.

For those keeping scores, this isn’t the first time Illumina has faced anti-trust regulatory issues. Illumina was set to acquire its rival Pacific Bio in a deal valued at $1.2 billion. The companies announced the deal in 2018 but called it quits for the merger in early 2020 because of scrutiny received from FTC.

Illumina said if it didn’t take these steps to acquire Grail, then the company would be locked into a situation where the deal terms would expire before there is a chance for a full review.