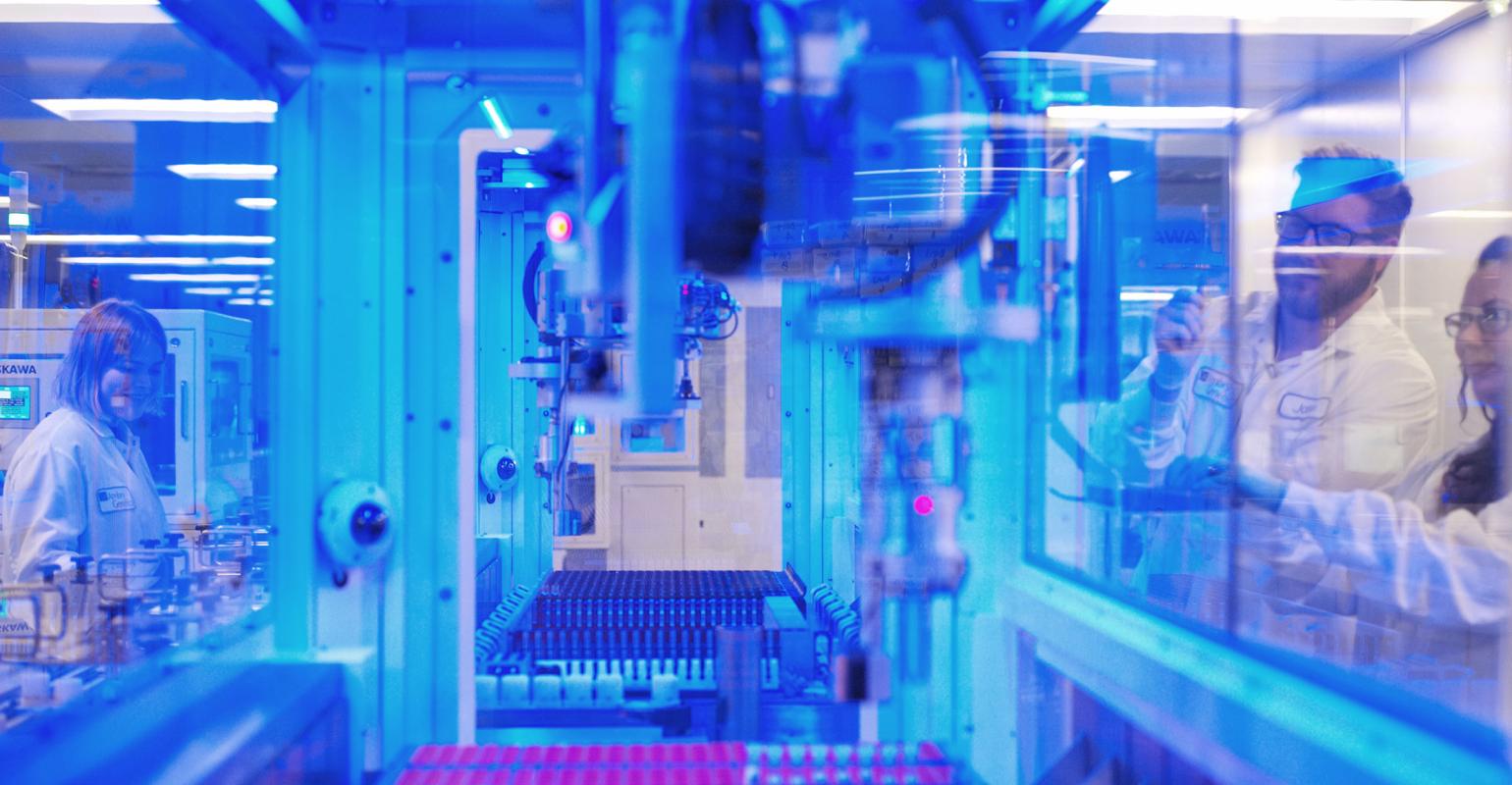 Could Testing for RNA in Addition to DNA Make a Difference in Cancer?

Ambry Genetics’s +RNAinsight performs both DNA and RNA genetic testing at the same time, which according to a pilot study increases identification of disease-causing DNA mutations.

Interest in genetic testing for screening cancer risks continues to grow. Reports and Data, for instance, expects the global market for nucleic acid testing to reach USD 4.10 billion by 2026, driven in part by such interest, according to a report published in May.

A new test that launched nationally at the end of September, +RNAinsight, combines RNA and DNA genetic testing for hereditary cancer in one clinical test. Data being shared this week suggest that the combined test could help more patients discover whether their genetics increase their cancer risks.

“Lifestyle, environment, and age all factor into one’s risk for developing cancer. However, genetics also play a large role,” Jessica Profato, manager of product marketing at Ambry Genetics, told MD+DI. “Some individuals are born with mutations – errors in our DNA that cause an increased risk for cancer. Examining someone’s DNA and RNA to look for these mutations helps doctors and patients learn whether they have increased cancer risks.

“Standard DNA testing for hereditary cancer excludes large portions of a person’s DNA, thereby missing mutations,” she continued. “Adding RNA to DNA testing overcomes these limitations for a significant number of patients as RNA provides considerably more evidence than DNA alone about whether the genes in our DNA have mutations. +RNAinsight enables clinicians – for the first time ever – to conduct both DNA and RNA genetic testing at the same time.” Ambry Genetics is the first and only lab to offer paired RNA and DNA genetic testing for hereditary cancer as a commercially available clinical test, according to the company.

Ambry is sharing data from the first 2500 patients who have received +RNAinsight testing for hereditary cancer risk at this week’s National Society of Genetic Counselors Annual Conference in Salt Lake City. Collected from a prospective, nationwide pilot, the data showed that using +RNAinsight resulted in an overall relative increase in diagnostic yield (identifying mutations in DNA as disease-causing) of 6.7 percent compared with DNA testing alone, Ambry reported in a news release. The yield increased by as much as 19 percent for specific genes—for BRCA1, 14 percent more patients learned they had a mutation that increased their cancer risks than would have if they had only received DNA testing, according to the company.

“Substantially more often than DNA testing alone, this paired testing identifies whether someone has a genetic mutation that either increases their risk for developing cancer or that may have contributed to their existing cancer,” Profato told MD+DI. “This is the first genetic testing advancement in 13 years to significantly increase the number of patients identified with a specific hereditary risk for cancer in genes like BRCA1 and BRCA2, which are associated with hereditary breast and ovarian cancer. +RNAinsight can help thousands more patients annually learn whether mutations in their DNA increase their risks for developing hereditary cancer each year, establishing a new clinical standard for genetic testing.”

Profato said that discovery of such a mutation in a gene associated with increased cancer risk can have life-changing benefits: “1) it enables recommendations for cancer prevention through tools such as preventive surgery; 2) it increases surveillance for certain cancers (like mammograms) and therefore early detection; 3) it may inform treatment for cancer patients; and 4) it can enable family members to get the testing they need to understand their cancer risk.”

She added that the company’s studies showed that both genetic testing generally, and +RNAinsight specifically, improved medical care. “If the test reveals a mutation known to increase cancer risk, doctor-recommended management can include preventive surgery and earlier and/or more frequent cancer surveillance (e.g., mammograms and breast MRIs).”

Rachid Karam, MD, PhD, lead study author and director of the Translational Genomics Lab at Ambry Genetics, summed up the significance of the data being shared this week in a statement: “These findings further demonstrate that hereditary cancer panels should include both RNA and DNA genetic testing. By looking at regions of the gene that other tests don’t, +RNAinsight reduces false negatives, maximizing the number of patients who learn they have higher risks for hereditary cancer.”