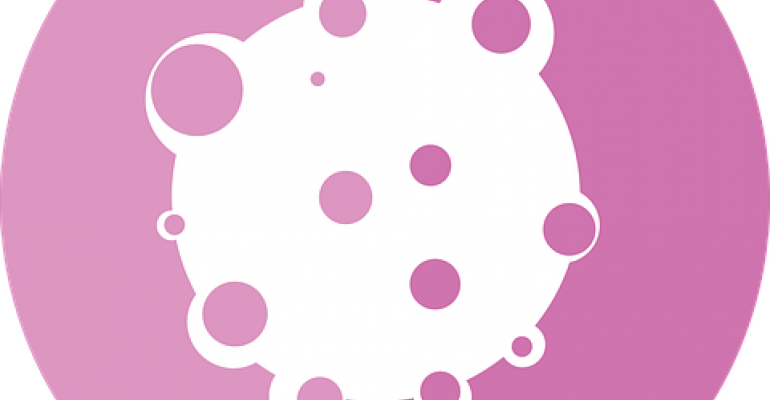 The 2019 American Society of Clinical Oncology’s meeting might be in the books, but the impact of some of the data released at the conference are certain to have implications for cancer patients for years to come.

Myriad Genetics presented data from several studies at ASCO that will no doubt have a long-lasting impact on cancer detection and treatment. The Salt Lake City, UT-based company spoke with MD+DI during ASCO about results from both colorectal cancer and breast cancer studies.

Some of the most talked-about results came from the Phase III POLO Study, which looked at how well the BRACAnalysis CDx identified patients with metastatic pancreatic cancer, who benefitted from treatment of Lynparza (olaparib). AstraZeneca and Merck are commercially developing Lynparza. It is not currently approved by FDA for gBRCAm pancreatic cancer.

“Because every patient in the study was tested and shown to be BRACAnalysis CDx positive, it reinforces that every patient with pancreatic cancer needs to undergo genetic testing to establish whether they are candidates for Lynparza, a PARP inhibitor and are likely to benefit from the drug,” Johnathan Lancaster, MD, PhD, CMO, Myriad Genetics, told MD+DI.

Specifically, the POLO study demonstrated that patients with a germline mutation, and whose disease had not progressed on first-line platinum-based chemotherapy, had a clinically-meaningful and statistically-significant improvement in progression-free survival (PFS) of 7.4 months when treated with Lynparza compared to 3.8 months for placebo (HR 0.53; p=0.004).

“This is going to change practice because it’s a massive advance in treatment from the disease – albeit only 3.6-month median progression-free survival benefit,” Lancaster said. “But that’s a very big deal when we’re talking about a disease as big as pancreatic cancer.”

One of the biggest changes in the practice of how pancreatic cancer should be detected happened February when the National Comprehensive Cancer Network (NCCN) updated its guidelines to recommend universal germline BRCA testing for all patients suffering from pancreatic cancer.

“Caught on the heels of that NCCN change, we now have POLO data, which demonstrates that genetic testing not only informs patients about their family history risk, but it also now informs actual treatment decisions,” Lancaster said.

Earlier this year, Myriad communicated that it intends to file a supplementary Premarket Approval (sPMA) application with FDA to authorize BRACAnalysis CDx as a companion diagnostic for Lynparza in patients with pancreatic cancer. The company also has signed an exclusive commercialization agreement with AstraZeneca.

The collaboration between Myriad and Cambridge, UK-based AstraZeneca on olaparib began in 2007 and has resulted in multiple regulatory approvals for BRACAnalysis CDx.

“Our long-standing collaboration with Myriad Genetics. has enabled us to deliver the positive POLO study in pancreatic cancer patients, demonstrating our shared ambition to target precision medicines to the right patients across different cancers,” Ruth March, PhD, senior VP and head of Precision Medicine, Oncology R&D, AstraZeneca, said in a release.

Myriad’s showings in breast cancer were also significant. The company presented results from two studies of its myRisk Hereditary test. The key findings were that women with post-menopausal breast cancer had a high rate of inherited mutations in a range of cancer-causing genes, and that overall this mutation rate did not diminish with age. Results from the Women’s Health Initiative Ancillary study were presented at ASCO by Allison Kurian, MD, Stanford University Cancer Institute.

The Women’s Health Initiative ancillary study used the myRisk Hereditary Cancer test to evaluate the prevalence and penetrance of pathogenic variants across 28 genes in 2,195 post-menopausal women with breast cancer compared to 2,322 post-menopausal women without breast cancer. The study demonstrated that about 7% of patients with breast cancer tested positive for a pathogenic variant. Importantly, these mutations were in genes of high penetrance (BRCA1/2, OR = 5; BARD1, OR=10; PALB2, OR=6; other breast cancer genes, OR=2), and the mutation rate in non-BRCA1/2 genes did not diminish with age.

“The results were informative, and I believe practice-changing,” Lancaster said. “Because what it demonstrates is that in this cohort (all of which were post-menopausal) there were a substantial rate of germline alterations of genetic mutations. The second thing is that the distribution of mutations, the genes involved are not what we have traditionally seen in breast cancer in younger women – they are different. What we’re now realizing is that in older women, even though BRAC1 and BRAC2 are important genes, we see a relative increase in importance of other breast cancer genes.”

Myriad executives said the study points out that surgery was not over-utilized following genetic panel testing.

Lancaster said the results of the studies continue to build data that support more patients using genetic testing for cancer detection. He noted that there could be a paradigm shift in the next few years. He said there could be caveats such as being limited to patients under 65; patients with lung cancer from smoking; and patients with cervical cancer caused by human papillomavirus.

“I predict that within the next handful of years we’re going to see a broad change to guidelines and clinical practice that will enable more patients with solid tumors to have access to genetic testing,” he said. “Currently there are way too many barriers to access genetic testing. Patients [are] developing cancers that could have otherwise been avoided as a result because they did not know they carried a mutation, because they did not have access to testing.”