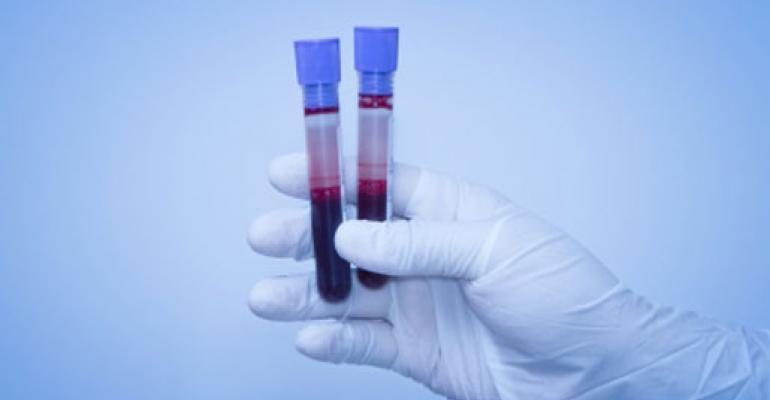 Irritable bowel syndrome (IBS) can be a maddening and exhausting affliction. But it's not just the symptoms that are limiting and frustrating. The journey to diagnosis is often a long and stressful one too.

That's because IBS is traditionally diagnosed using an exclusionary pathway--excluding all other possible causes of typical IBS symptoms like stomach pain, change in bowel habits, diarrhea, and/or constipation--before zeroing in on an IBS diagnosis. All that poking and prodding, which can include endoscopies, colonoscopies, gynecological exams, and CT scans can take years and rack up major healthcare costs. "The financial and emotional toll of diagnosing IBS is substantial--diagnosis takes an average of 6.6 years, and patients typically consult with more than four healthcare providers about their symptoms, which adds up to many physician visits, tests, and suffering," Mark Pimentel, MD, director of the Gastrointestinal Motility Program and the Director of the Pimentel Laboratory at Cedars-Sinai, said in a press release.

(IBS) is a startling common affliction that affects approximately 40 million people in the United States, according to the Crohn's & Colitis Foundation of America. Pimentel, who has spent decades specializing in IBS research, discovered a blood-based diagnostic test, now called IBSchek, to give patients a faster diagnosis of IBS with diarrhea (IBS-D). He told MD+DI that his team's research started with the theory that IBS can be triggered by food poisoning. He explained that common food poisoning bugs that can cause IBS--E. coli, Salmonella, Shigella, and Campylobacter--all share a common toxin, known as cytolethal distending toxin B (CdtB). In his lab, Pimentel genetically engineered a Campylobacter without the CdtB toxin and found that rats with this version of the bug did not develop IBS. "So, we knew that toxin was it," he said.

While studying CdtB, Pimentel and his team realized that IBS wasn't caused by a direct effect from the toxin, but rather from an antibody to the toxin that then attacks the IBS patient. "IBS essentially is an autoimmune disease," he said. "You get the infection, you get antibodies to the CdtB--that's part of the [IBSchek] test--and those antibodies cross-react with the human protein called vinculin--and that's the second part of the test. That's the autoimmune part of the test."

With a simple blood draw, IBSchek identifies the presence of the antibodies anti-CdtB and anti-vinculin. High levels of either mean a positive test result and diagnosis of IBS-D or IBS-Mixed (with diarrhea and constipation). IBSchek is available in all states except for New York. The test can be ordered through Quest Diagnostics and is conducted by Salem, MA-based Commonwealth Laboratories with a 24-hour turnaround.

"I was determined to say, 'If the test is positive, stop running around, you have IBS.'" Pimentel said. The diagnostic test is highly specific, with a positive predictive value over 98%. "If you're negative, you still could have IBS. We just set the needle really high so that we could stop the madness for at least 56% of patients," he added. That's the percentage of patients who are positive for one or both of the antibodies.

A study published recently in Clinical Therapeutics details just how much money the IBSchek test could save the healthcare system. Using various methods, including a cost-minimization decision tree model and a budget impact analysis, the authors (including Pimentel) found that using IBSchek had a predicted $509 cost savings per patient versus the exclusionary diagnostic pathway and that if cost savings were amortized over one million lives, the test could save payers more than $3.5 million per year.

"We are excited that a diagnosis with IBSchek has the potential to provide significant cost-savings and allow patients to proceed with the right course of treatment more quickly," said Craig Strasnick, Chief Operating Officer at Commonwealth, in the release.

But the test's benefits are far more than monetary. Pimentel told MD+DI that he had a long-time patient who he had previously diagnosed with post-infectious IBS. Even though he'd told the patient that he was certain that the diagnosis of post-infectious IBS was correct, when the patient insisted on taking the IBSchek test he eventually agreed to it. When the positive test came back as expected, the patient expressed happiness and relief--despite already having had the correct diagnosis. "A patient with a positive test for the first time in history can say, "Look, IBS is legit. IBS is a disease. It's not a syndrome,'" Pimentel explained. "That's the most important thing here. Patients have been saying they have something. Every test they get says they don't have anything. Patients have been told it's in their head . . . We have the first biomarker that says there is something abnormal."

Even though IBSchek is widely available, Pimentel isn't slowing down. His lab is now focused on research that may help predict which therapies for IBS are best suited for each individual and determining potential methods for eliminating IBS-causing antibodies.