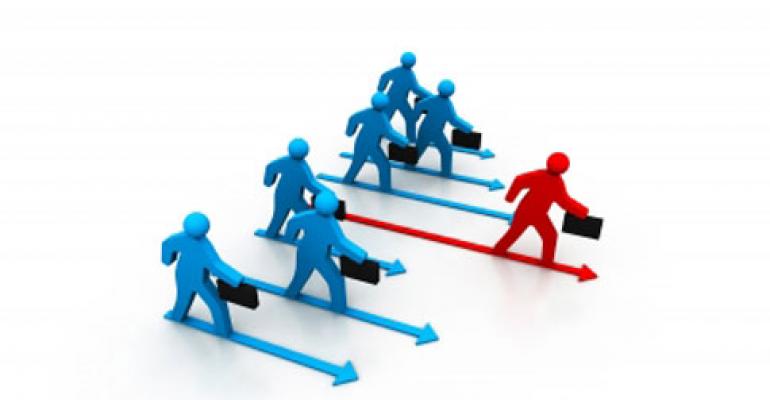 Lotus Edge, the next-generation transcatheter aortic valve (TAVR) from Boston Scientific, has received CE Mark for use in high-risk patients with severe aortic stenosis. With features that should maintain low rates of paravalvular leak and potentially offer a lower rate of required pacemaker implants, market watchers speculate this TAVR could possibly win share from Edwards Lifesciences and Medtronic, the two lead TAVR makers.

Larry Biegelsen, Wells Fargo senior analyst, wrote in a September 19 research note that there have been 21 Lotus Edge procedures conducted in Australia, as well as a "handful in Europe." In its release, Boston Scientific noted that the valve will be available in certain European centers, with more sites to be added as implanters and sites are trained.

Boston Scientific's Lotus valve was known for low rates of paravalvular leak (PVL). PVL is considered a relatively common side effect of TAVR and while many cases are mild, it is taken seriously because it has been linked to higher mortality. The Lotus Edge is designed to continue these low PVL rates with its Adaptive Seal technology, the company release noted. According to the company, in the 1000-patient RESPOND post-market registry, 7.7% of patient had mild PVL, but none were severe and just 0.3% of patients had moderate PVL.

On the other hand, the Lotus valve was also known for a relatively high pacemaker rate, a factor that negatively impacted its market penetration. Lotus Edge's design incorporates Depth Guard, the company release noted, which is supposed to cut the permanent pacer implant rate following the TAVR procedure.

Biegelsen wrote in his note that Boston Scientific's management anticipates the Lotus Edge pacemaker implant rate to be on par with the low-teens rate of Edwards Lifesciences' Sapien 3 valve. Pointing out that this expectation is an improvement from recent management commentary predicting an eventual pacemaker rate in the mid-teens, he wrote that this could mean the company is seeing good early results from the Lotus Edge.

While data on the new valve won't be shown until the Transcatheter Cardiovascular Therapeutics conference at the end of October, Biegelsen added, "If the Lotus Edge pacemaker rate is comparable to the rate with Sapien 3, BSX may be able to take more share than the Street currently models." He wrote that according to discussions with physicians, any market share win may come more from Medtronic than Edwards, as the Medtronic CoreValve is a self-expanding TAVR, like the Lotus platform.

Calling the Lotus Edge "highly anticipated," Ian Meredith, MBBS, PhD, director of MonashHeart at Monash Medical Centre in Melbourne, Australia, said in the release, "It retains many of its predecessor's unique and valuable proprietary features, including the ability to reposition the device precisely and prevent paravalvular leak, while incorporating new design characteristics such as a more flexible catheter for easier delivery and Depth Guard technology designed to reduce valve interaction with the conduction system of the heart during valve deployment."