Will Boston Scientific Be Too Late To TAVR Party? 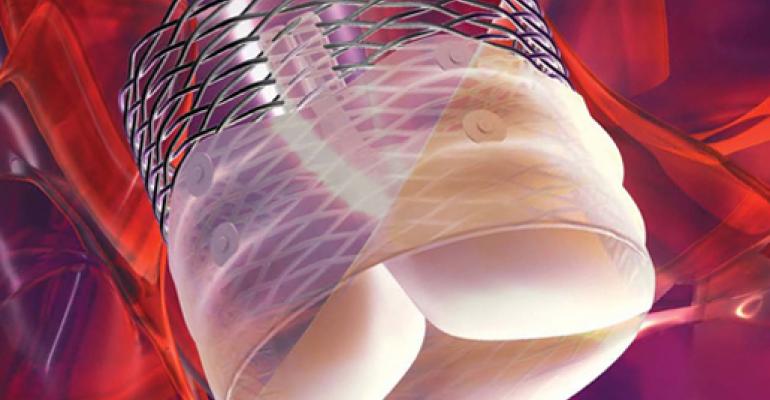 Boston Scientific is testing its TAVR valve in the U.S. but will it succeed as a viable third party given Medtronic's and Edwards Lifesciences' dominance in the market?

Transcatheter aortic valve replacement (TAVR) therapy, while expensive, has come to be accepted as a viable and desirable alternative to invasive open-heart surgery to treat patients with diseased heart valves.

Two names dominate the market - Medtronic and Edwards Lifesciences. Various generations of both companies’ products - Edwards' Sapien and Medtronic's CoreValve - are available in the U.S. and physicians have become trained in the choices available.

That means that companies like Boston Scientific may be too late to the party.

"Boston Scientific will be playing catch up in this market for the foreseeable future, because the majority of physicians are already trained and comfortable on the [Medtronic] and [Edwards] devices, and both the CoreValve and Sapien family of devices have broader clinical evidence to back their usage," said Ian Swanson, senior strategy analyst, Decision Resources Group, a healthcare market research company, in an email. "The hurdle for switching between devices is much higher for TAVR than say the [drug eluting stent] market, so it will be a larger endeavor to train physicians on a new product, and to entice them to try a new valve especially when the combo of [Medtronic] and [Edwards] products virtually covers all the approaches and procedures you might perform. Most facilities will likely stock a limited number of devices on the shelf."

Still, the Marlborough, Massachusetts Company has muscle where other players may not.

"Boston Scientific does have the advantage of a strong footprint in the cath labs where most of these procedures are being performed and an already strong relationship with interventional cardiologists," Swanson said. "These are advantages that the smaller TAVR manufacturers don’t share, and should prove to be a strong lever for [Boston Scientific] to play in this space."

Executives at Boston Scientific are confident for a different reason.

They believe that clinically the device may prove to be clinically superior. At the JPMorgan Healthcare Conference last week in San Francisco, Boston Scientific’s chief medical officer said that "paravalvular leak," a major complication of TAVR, has been shown to be the lowest with the TAVR valve compared to competing devices.

"Also ease of use. The physician has complete control of the valve," Keith Dawkins, executive vice president and global chief medical officer, told the audience.

Dawkins noted that the company was "very excited about the uptake in Europe" where the device is approved.

Despite that declaration, Daniel Brennan, the company's chief financial officer, said he wouldn’t be providing any details onTAVR revenue this year.

In the U.S., the pivotal trial testing Lotus enrolled the first three patients in September and is set to conclude by the end of this year.

"We're confident enough about the product to go head to head with CoreValve, and as you know CoreValve data showed that it was superior to surgical intervention," Dawkins said.

Correction: An earlier version of the story wrongly identified Boston Scientific's current headquarters, It is based in Marlborough, Massachusetts.