What is the Impact of St. Jude's Voluntary Pause of Nanostim Implants? 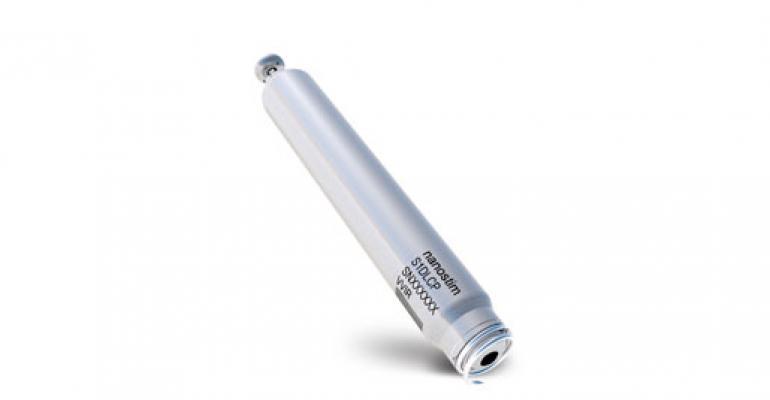 Implants of St. Jude Medical&#39;s leadless pacemaker Nanostim have been halted following a few reports of lost pacing and telemetry with the device.

St. Jude Medical has pressed pause on all implants of its Nanostim leadless cardiac pacemakers due to a battery problem that has resulted in loss of pacing and telemetry in a few devices. The issue has been observed in seven devices out of approximately 1400 implants around the world--a 0.5% rate.

In an email, company spokesperson Justin Paquette emphasized that no patient injuries have been reported in association with these events and the implant halt was a voluntary decision.

This is the second time in recent weeks that St. Jude Medical has announced battery issues with its cardiac rhythm management products. On October 11, the company released a worldwide advisory for some of its high-voltage devices made before May 23, 2015 due to a relatively rare observation (841 devices out of a total 398,740) showing formation of lithium clusters that can short circuit a battery and cause premature depletion.

Paquette noted that the Nanostim battery issue is not related to the lithium deposit problem seen in these high-voltage ICD and CRT-D devices.

Mark Carlson, MD, St. Jude Medical chief medical officer, said in a statement, "We put our patients first, and our voluntary pause of Nanostim implants worldwide is another example of our commitment to protecting patients, and we are currently working to ensure our physician partners worldwide have the information they need to effectively manage those patients. We remain committed to developing leadless pacing technology and will continue to work to redefine the pacing options available to patients in the future."

In an October 28 research note, Barclays analyst Matt Taylor wrote that dry cell issues are to blame for the reduction in telemetry and loss of pacing seen with the Nanostim devices. Analysts were in agreement that the Nanostim pause is not likely to have a material financial impact for St. Jude Medical, given the low number of implants. According to analyst reports, the company is expected to submit the device for FDA approval by the end of the year using a different battery from another manufacturer.

Nanostim has CE Mark, having beaten its leadless pacemaker competitor Medtronic to the punch in 2013. However, Medtronic's Micra, which has CE Mark now, also gained FDA approval earlier this year while St. Jude Medical has been implanting patients in the United States under a Continued Access Protocol as part of its FDA trial.

Joanne Wuensch, analyst at BMO Capital Markets, wrote in an October 28 research note that she does not expect this issue to affect St. Jude's merger with Abbott.