The Ups and Downs of the Latest Absorb Data 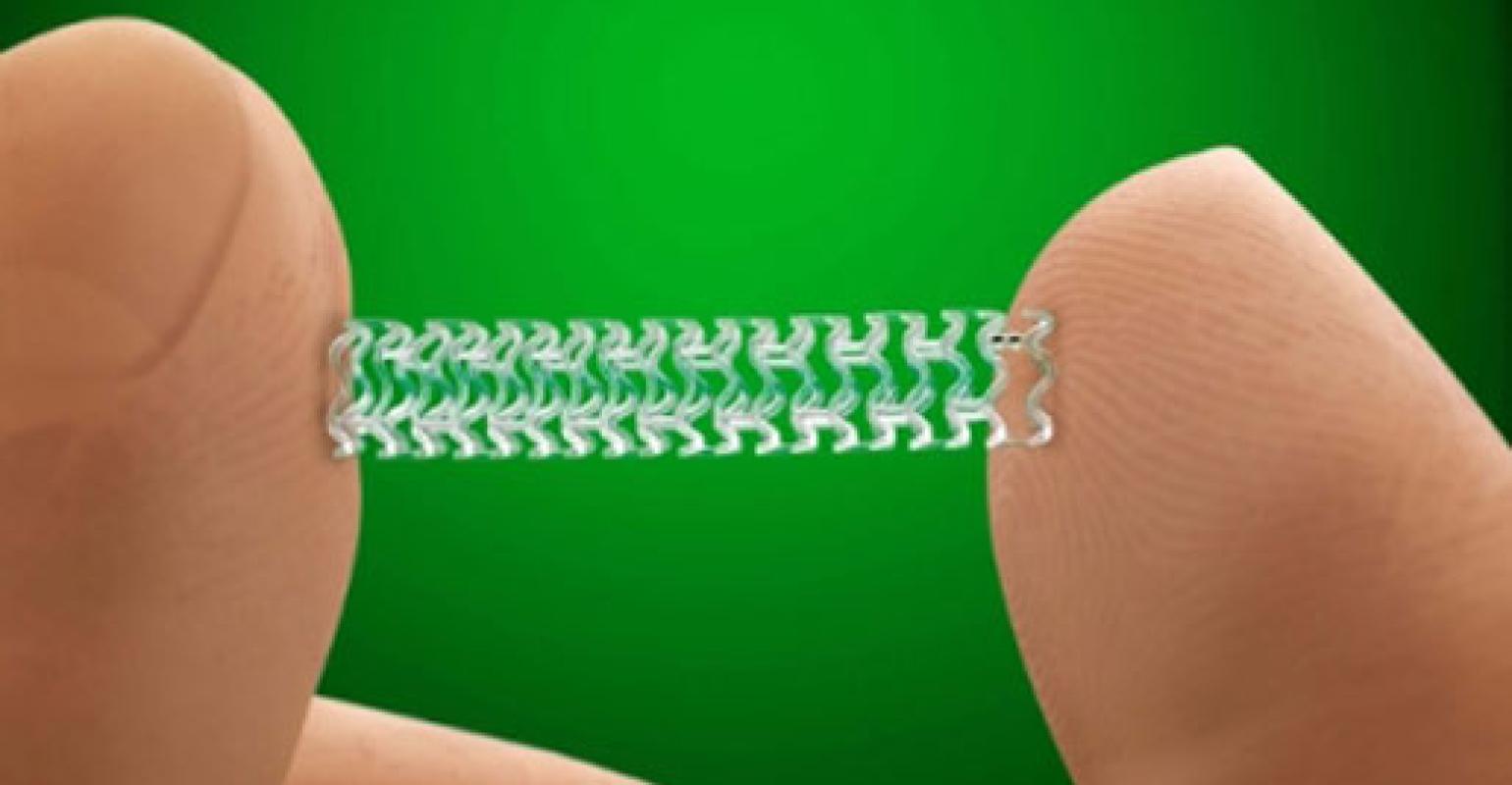 As the latest findings on Abbott’s bioresorbable stent were presented at a major medical meeting, FDA issued an alert regarding the product. Yet there may be a bright side to the clinical results.

The topline data on Abbott's Absorb GT1 Bioresorbable Vascular Scaffold (BVS) System generated negative headlines. That data coincided with an FDA letter to physicians detailing the increased rate of adverse events seen in the Absorb patients. Still, Abbott, trial researchers, and some industry analysts have pointed to subtleties in the latest data from the annual meeting of the American College of Cardiology (ACC) that paint the findings in a more positive light.

Could these trial results and tough headlines just be part of the learning curve with new technology?

Those topline results are not reassuring for a novel technology that, despite securing regulatory approvals and being commercially available in dozens of markets, has faced some skepticism.

The new data on the FDA-approved Absorb coincided with a March 18 FDA letter to health care providers that highlighted the difference in adverse events between the two arms. The agency stated it is working with Abbott to gain insight into the causes of the higher rates and monitor Absorb's performance. The FDA notice did highlight the lower adverse event rates when small vessels were excluded.

"The FDA's letter to healthcare providers emphasized the importance of following instructions for use when implanting Absorb," Abbott spokesperson Kristina Becker wrote in an email to MD+DI. "When implanted in appropriately-sized vessel sizes and following current instructions for use, the results for Absorb are comparable to the leading metallic drug-eluting stent--with the added feature of leaving no metal behind once it dissolves."

According to Abbott, when clinicians used both pre- and post-dilatation in appropriately sized vessels during the implant procedure, the rate of TLF and stent thrombosis improved to 8.7% for Absorb versus 8.2% for Xience (p=0.84).

There is another study underway, ABSORB IV, that incorporates the latest understanding of ideal implantation technique for the Absorb BVS, including pre- and post-dilatation and proper sizing. Blinded analysis from that ongoing study found a combined stent thrombosis rate for Absorb and Xience of 0.4% at 30 days (n=2397) and 0.5% at one year (n=1415), according to the Abbott release. That is lower than the 0.9% at 30 days and 1.1% at one year stent thrombosis rates seen in ABSORB III.

While cautioning that the trend must be maintained for the remaining ABSORB IV patients, Charles Simonton, MD, FACC, FSCAI, chief medical officer and divisional vice president of medical affairs for Abbott's vascular business, told MD+DI, "To me, this is the data that will be the most important . . . this trial is the most reflective of our current technique."

Larry Biegelsen, analyst at Wells Fargo, wrote in a March 20 research note, "Based on our conversations with clinicians, we expect the use of Absorb to significantly decline due to the FDA latter [sic] and ABSORB III data . . . We would expect ABT to capture most of the lost Absorb sales with its Xience DES, therefore, the impact to ABT overall should be modest." Biegelsen and other analysts did note the data analyses around vessel size and implant technique.

"We've been rolling Absorb out slowly in the U.S. to make sure physicians are implanting it appropriately," Becker told MD+DI. "Physicians must complete a comprehensive training program on implantation techniques before being able to offer it to their patients. Abbott trains physicians on these implant techniques globally."

"As we gain experience, we are refining the best practices for these stents and expect to see more favorable outcomes," Stephen Ellis, MD, a cardiologist at the Cleveland Clinic who was one of the trial leaders and is a paid consultant for Abbott Vascular, said in a Cleveland Clinic press release. "We don't yet have the data to determine whether bioresorbable stents will be better for patients. At two years, the stents have not fully dissolved, so we will have to wait for longer term results."

"Every patient getting Absorb today is getting it put in using optimal techniques," Simonton told MD+DI. "This is pretty typical of a first generation devices. This is how physicians learn, the learning curve to learn how to optimally implant the device," he added.