One Chart Shows Why Payers are Scrutinizing Procedure Costs 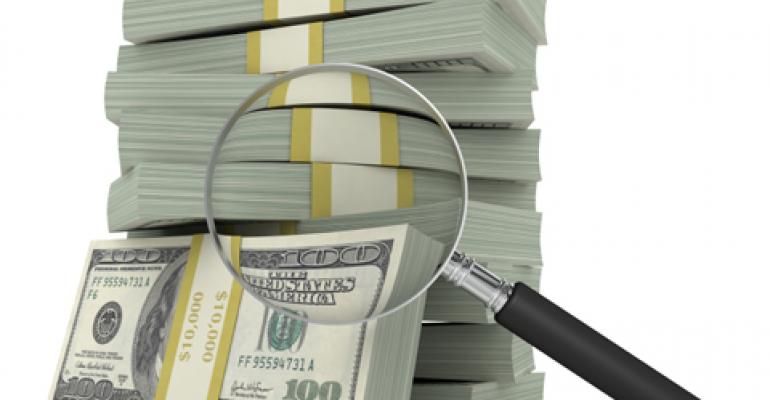 You've heard this before. The same procedure involving medical devices ends up being priced differently depending on where you are.

Device makers are to blame somewhat who have created an opaque system by using confidentiality clauses that prevent people knowing the exact price of an hip or a knee for instance.

And then there are hospitals and health systems who use their clout to negotiate higher reimbursement than others on the exact same procedure from insurers.

In 2013, the New York Times published an in-depth article on a 67-year-old architecture photographer who traveled from his home in Boulder, Colorado to Belgium because he couldn't afford a hip replacement surgery in the United States.

On Monday, at the annual meeting of the American Academy of Orthopedic Surgeons that kicked off in Las Vegas, a speaker pointed to another group besides patients who are befuddled by the variation in different costs.

Since, a picture [sorry, chart] is worth a thousand words, here is one that the speaker - Brian Silverstein, president of HC Wisdom, a consulting firm - presented that I captured with a camera. Click to enlarge. 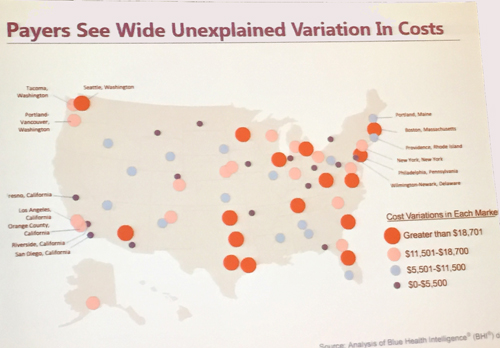 “What the payers find and the employers find is the amount I am paying is dramatically different from one location to another and I don’t know why…. I just know I am paying more,” Silverstein says.

He noted that such variation is causing employers to be “pretty angry” and driving benefit changes.

Recall that in 2012, Wal-Mart announced that its employees would not have to pay a dime out of pocket for cardiac, spine and transplant procedures if they were well enough to travel and get them done at these six health systems - Cleveland Clinic in Cleveland, Ohio; Geisinger Medical Center in Danville, Pennsylvania.; Mayo Clinic sites in Rochester, Minnesota., Scottsdale/Phoenix, Arizona, and Jacksonville, Florida.; Mercy Hospital Springfield in Springfield, Missouri; Scott & White Memorial Hospital in Temple, Texas; and Virginia Mason Medical Center in Seattle, Washington.

In many cases, payers have realized that they are not paying for the quality of care but other factors. For instance, providers that are able to charge higher reimbursement tend to be academic medical centers, sole providers - the "only game in town" - and brand named health systems that health insurance companies want in their network, Silverstein says.

"Why do you think payers feel so frustrated? It's because they are paying for those factors and not quality of patient care. And that's what gets the payers frustrated and also the employers frustrated," Silverstein explains.

He noted the Centers for Medicare and Medicaid Services is also reviewing procedure cost variation. In other words, the scrutiny on cost is not going away any time soon.

All the more reason for device makers to approach providers with economic and clinical outcomes data come time for sales.