A New Gentler Way to Get an IUD? 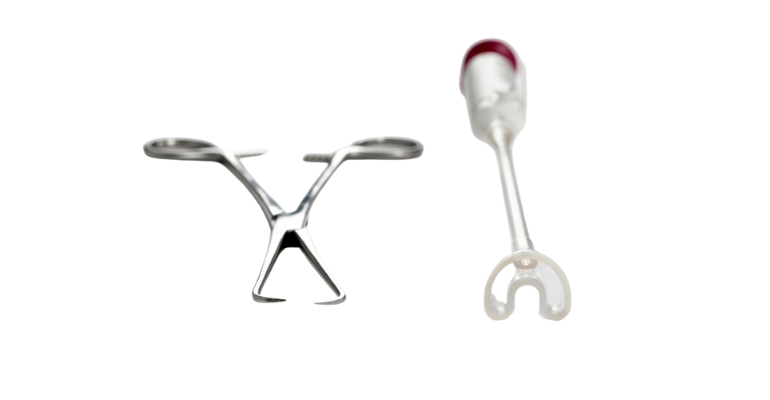 This suction-based cervical device has been shown to reduce pain and bleeding during intrauterine device (IUD) procedures.

Many women considering an intrauterine device (IUD) for pregnancy prevention worry that it's going to hurt. While there may not be a way to completely eliminate IUD procedure pain and bleeding, a new suction-based cervical device has been shown to reduce it.

That's important considering that IUDs are among the most commonly implanted medical devices in America.

Aspivix reported results of its ADVANCE Women study (Atraumatic Device using Vacuum Technology for Cervical Procedures in Women) that demonstrates the usability, efficacy, and safety of its Carevix device designed to stabilize the cervix for IUD insertion.

Carevix is a soft-suction cervical device designed as a more modern and gentler alternative to a tenaculum to stabilize the cervix for the insertion of an IUD for contraception. By using suction technology, the device delivers cervical engagement without the need to perforate the tissue. A semi-circular, anatomical pad is applied onto the delicate tissue during gynecological procedures, reducing trauma associated with pain and bleeding.

ADVANCE Women is a single-blinded, randomized, comparative study of 100 women who underwent IUD insertion with either the Carevix device or a tenaculum, the forceps-like, standard-of-care surgical instrument. Both devices are shown above, the Carevix device is on the right.

Women who had not given birth (nulliparous) experienced the greatest benefits from Carevix. During IUD insertion, twice as many nulliparous women in the Carevix group were free of pain compared to those in the tenaculum group, and they reported an 88% lower rate of severe pain. Bleeding rates were 78% lower with Carevix versus the tenaculum. 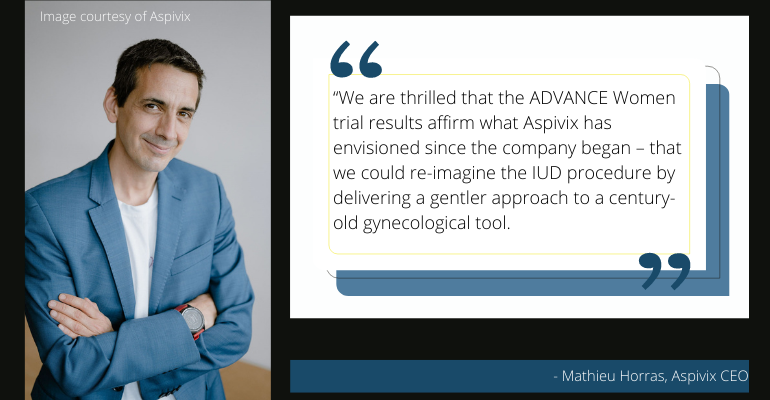 “The IUD is 99% effective in preventing pregnancies and is considered the most cost-effective birth control method available, but many women experience pain and bleeding during IUD placement, leading to the use of less effective methods out of fear of procedural pain,” said Michal Yaron, MD, ADVANCE Women investigator and head of outpatient gynecology consultations in the Department of Woman, Child & Adolescent at Geneva University Hospitals. “The highly compelling results from the ADVANCE Women study demonstrate that Carevix is a promising and important alternative technology that has the potential to dramatically improve the IUD placement experience for women around the world.”

Carevix is limited to investigational use and is not yet available commercially anywhere in the world.