More on Medtronic's Answer to the S-ICD 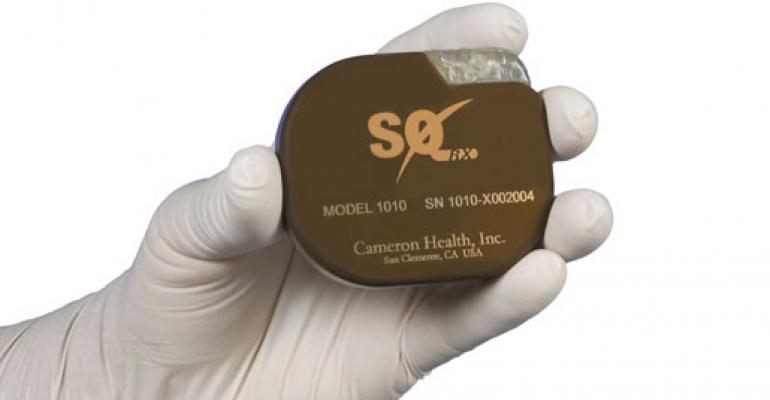 The cardiac rhythm management company is developing a new, extravascular ICD that has leads placed outside the heart and vascular system. How is it different from the S-ICD?

Medtronic has been developing an ICD with a new twist on the idea of avoiding transvenous leads. Called the EV-ICD, for extravascular, the company calls the device a "tranformative innovation."

The EV-ICD System is being developed with leads that are places outside the heart and veins and under the rib cage. At the company's analyst day earlier this week, Mike Coyle, executive vice president and group president of the Cardiac and Vascular group, explained that this is one way the EV-ICD will differ from Boston Scientific's sub-cutaneous S-ICD.

Boston Scientific's S-ICD has been performing well for the company. On Boston Scientific's latest earnings call, Michael Mahoney, president and CEO, said, "We continue to be very pleased with the performance of the EMBLEM S-ICD, which is enjoying strong growth in both Europe and the U.S. and is currently launching in Japan."

But Coyle's commentary seems to indicate Medtronic is positioning the EV-ICD as its eventual answer to the S-ICD. Calling the S-ICD "large," "cumbersome," and with "limited longevity," Coyle pointed out that the EV-ICD will be similar in size to traditional transvenous ICDs, with a similar lifespan, and a little higher maximum energy, at 40J versus a traditional 35J.

The main advantage, though, according to Coyle, will be EV-ICD's ability to deliver anti-tachycardia pacing (ATP) and bradycardia pacing, which the S-ICD does't offer. "[EV-ICD] would not only provide defibrillation and post-shock pacing in a painless way, but would actually allow for ATP and brady pacing. The ability to do this is really driven by where the lead goes," Coyle said.

Data presented at the CARDIOSTIM meeting in Nice, France this week showed that therapy with the EV-ICD is feasible.

The Substernal Pacing Acute Clinical Evaluation (SPACE) study, which included 26 patients at eight U.S. and Canadian centers, showed that pacing from an extravascular lead under the rib cage is possible, "with the majority of patients achieving consistent and appropriate ventricular pacing results," according to a Medtronic press release. The release also noted studies that showed a lead can be placed under the rib cage without harming the lungs, that defibrillation can be delivered with such lead placement, and confirmed the necessary energy levels as being similar to traditional ICDs. These findings were also shown at the Heart Rhythm Society meeting last month.

"Physicians are interested in an ICD with a similar device footprint and performance profile of conventional ICDs--but without the need for vascular access--and these study results are encouraging," said Francis Murgatroyd, MD, consulting cardiologist and director of Cardiac Electrophysiology at King's College Hospital in London, in the release.

Coyle told analysts that over 100 physicians have tested placing the device and called it a "more user-friendly" alternative to the S-ICD.

Of course, it will be some time before most clinicians can get their hands on the EV-ICD and see whether they agree. According to a May 9 research note from Wells Fargo analyst Larry Biegelsen, Medtronic's management has said the in-development device is "years away" from commercialization.