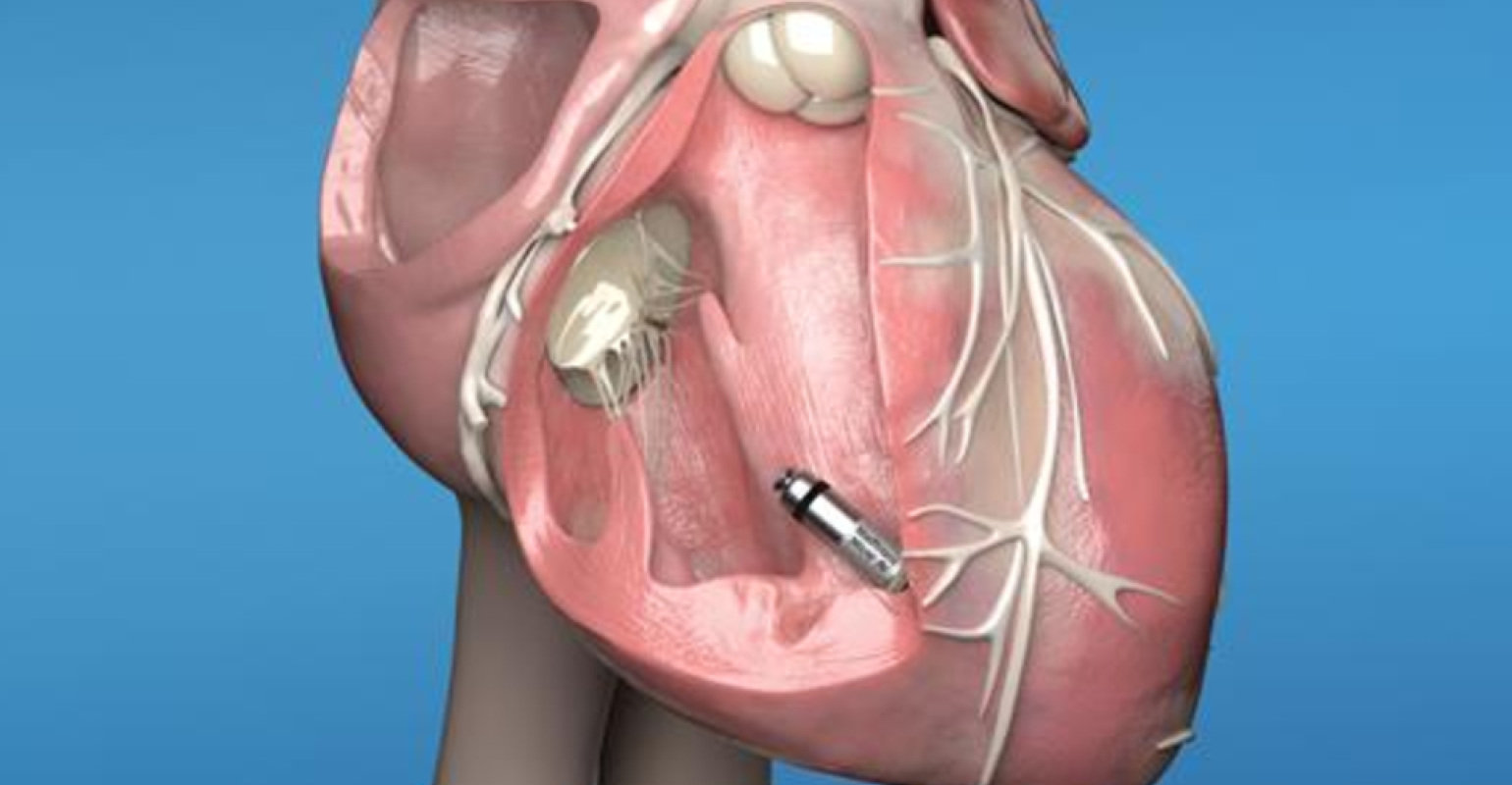 Image Credit: Medtronic plc
Micra AV is indicated for the treatment of patients with AV block, a condition in which the electrical signals between the chambers of the heart (the atria and the ventricle) are impaired.

The original Micra pacemaker was approved by FDA in 2016 for patients with atrial fibrillation and other dangerous arrhythmias. With the Micra AV approval, more U.S. Patients will be candidates for the leadless pacing option.

The device touted as the world's smallest pacemaker is now FDA approved for patients with AV block, a condition in which the electrical signals between the chambers of the heart are impaired.

FDA approved the original Micra Transcatheter Pacing System in 2016 for patients with atrial fibrillation or other dangerous arrhythmias such as bradycardia-tachycardia syndrome. The Micra AV is identical in size and shape to the original device, but has several additional internal sensing algorithms which detect cardiac movement, allowing the device to adjust pacing in the ventricle to coordinate with the atrium, providing "AV synchronous" pacing therapy to patients with AV block.

The Micra AV approval was based on data from the MARVEL 2 (Micra Atrial Tracking Using A Ventricular accELerometer) study, which evaluated the safety and effectiveness of accelerometer-based atrial sensing algorithms. The study evaluated the ability of the Micra’s internal sensor to monitor and detect atrial contractions and enable coordinated pacing between the atrium and ventricle, thereby providing AV synchrony. Results from the study, presented in November at the American Heart Association 2019 Scientific Sessions and published simultaneously in the Journal of the American College of Cardiology: Clinical Electrophysiology, showed the primary efficacy objective was met, with a significantly greater percentage of complete heart block patients with normal sinus rhythm having >70% AV synchrony during algorithm-mediated AV synchronous pacing (38 of 40 patients, 95%) than VVI pacing (0 patients, P<0.001 for proportion of patients with >70% synchrony). The study’s primary safety objective was also met, with no pauses or episodes of pacing-induced tachycardia reported during algorithm mediated AV synchronous pacing.

Medtronic said it will begin training field personnel and physicians, and will activate a limited number of implanting centers in the coming weeks, with full launch anticipated later this spring.