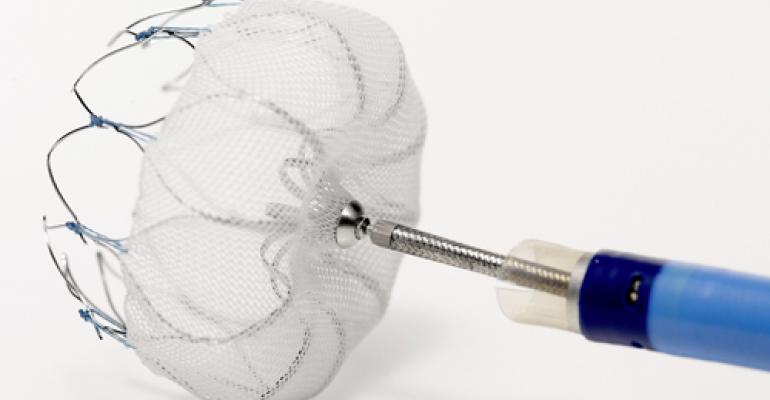 Boston Scientific thinks Watchman represents a $500 million market opportunity, but how are physicians viewing the device now that reimbursement is available?

Boston Scientific thinks Watchman represents a $500 million market opportunity, but how are physicians viewing the device now that reimbursement is available? 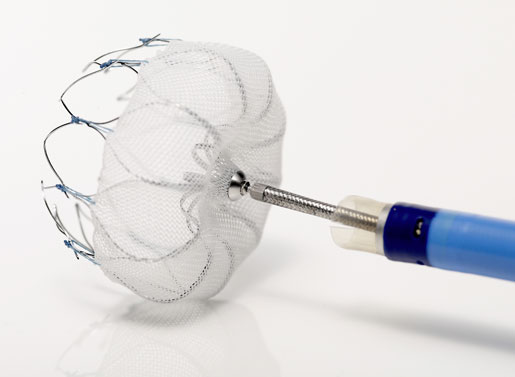 Boston Scientific's left atrial appendage closure device — Watchman — has had a tortuous path through FDA to win approval and more recently had to navigate difficulty at CMS with respect to reimbursement.

Given the broad FDA label and a somewhat narrower reimbursement decision from CMS, how are physicians viewing the device?

A small survey shows that physicians are largely hewing to CMS's stance. BMO Capital Markets surveyed 26 physicians in March and compared their responses to the same question in November and March. This is how they responded: 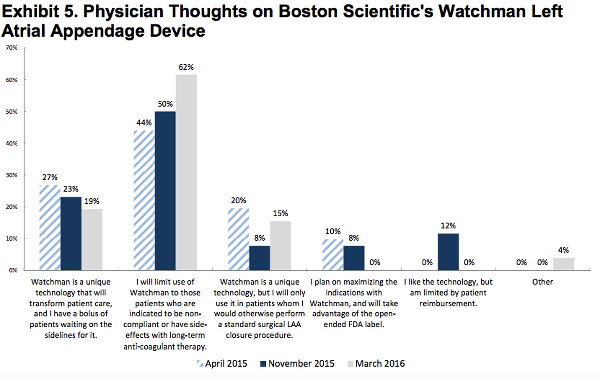 A majority of physicians — 62% — responded that they will implant Watchman only in patients that are either contraindicated for anticoagulant therapy long term or those who have side effects with their use over time. That response has taken hold as only 44% and 50% said they would use that criteria for implantation in April and November, 2015.

"... Clearly CMS’ message around distinguishing its reimbursement decision versus the FDA label has been noticed by physicians, as 62% of the physicians plan to limit usage of the device to fit within the parameters of the final [National Coverage Decision] and 0% plan to maximize the open-ended FDA label," wrote Joanne Wuensch in a research note highlighting results of the survey.

Still, there is positive news for Boston Scientific. Physicians don't seem to be hampered by reimbursement challenges with 0% saying that they like the technology but are limited by reimbursement. Compare that to 12% who reported feeling so in November.

And yet, while physicians said that they would be increasing use of Watchman for a certain percentage of their patients, 0% of the physicians checked the box for using the device in 30-40% of procedures (versus 8% in November and 2% in April) and 0% in greater than 50% of their patients (versus 0% in November and 2% in April), according to the survey.

That could suggest a natural, and not altogether unsurprising, waning of enthusiasm for Watchman.

"With every new technology, the pendulum tends to swing to an extreme point early on (as pent-up excitement elicits an expectation for high-levels of product adoption) and later returns to the middle as physicians identify the appropriate patients," Wuensch wrote. "The same might be true with Watchman, as there has been a shift over the past several surveys demonstrating a higher percentage of the cohort expecting their penetration to be less than initially thought."