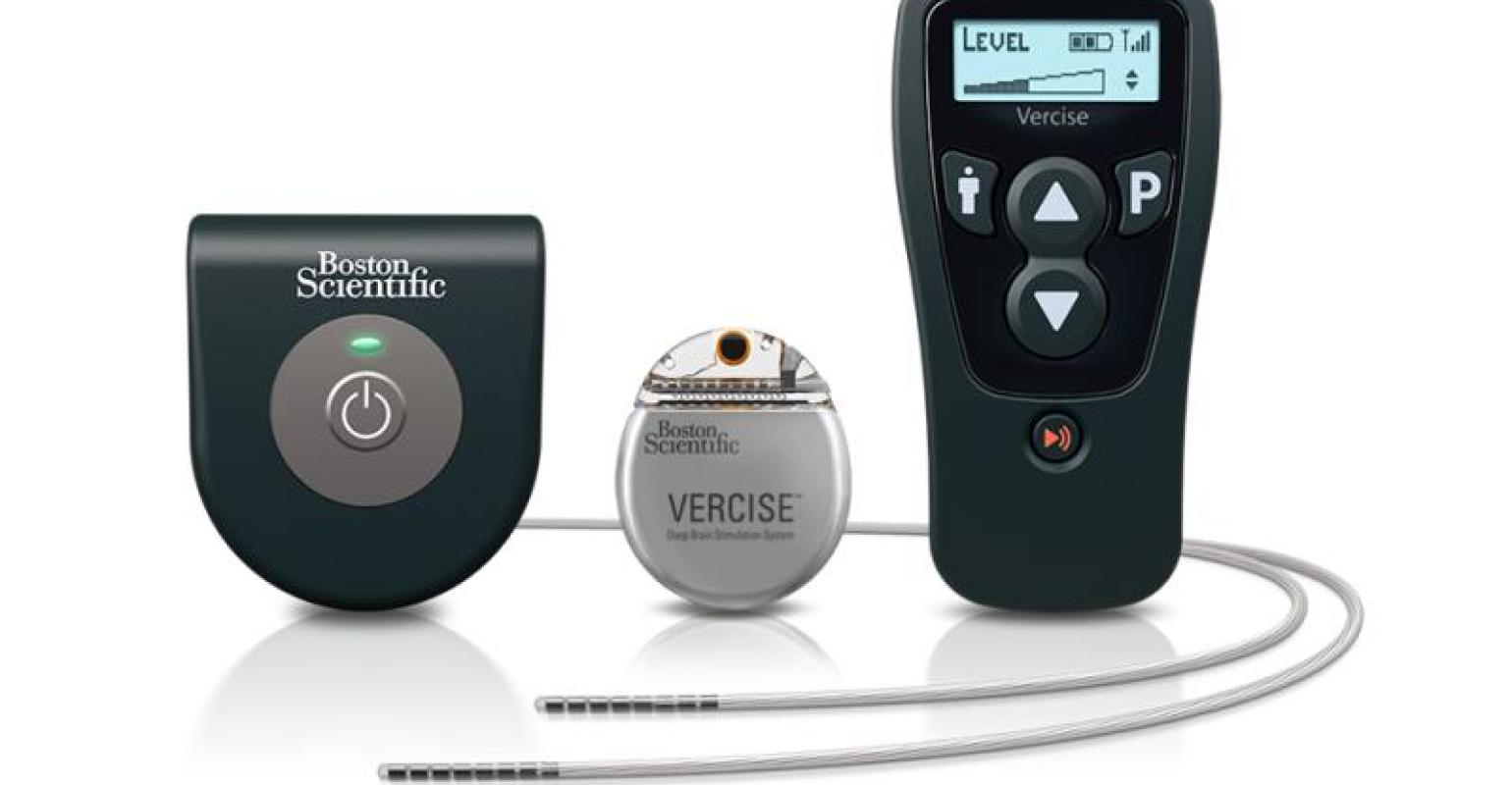 FDA approved Boston Scientific's Vercise deep brain stimulation system to treat symptoms of Parkinson’s disease.
Unlike traditional DBS systems that are built from pacemaker technology, this device is modeled from cochlear implant technology and the precise stimulation of auditory nerves it uses to replicate hearing.

Unlike traditional deep brain stimulation (DBS) systems that are built from pacemaker technology, Boston Scientific's Vercise DBS is modeled from cochlear implant technology and the precise stimulation of auditory nerves it uses to replicate hearing. The device is now FDA approved for the treatment of Parkinson's disease symptoms, the company announced this week.

"The cochlear implant technology, when you think about it, is really designed and engineered to precisely stimulate the auditory nerves to produce a sense of hearing,"

Maulik Nanavaty, a senior vice president at Boston Scientific and president of the company's neuromodulation business, told MD+DI. "It's not just listening to a certain tone, but if you're listening to music you can hear everything, not just a single tone."

By building the Vercise DBS on cochlear implant technology, the device is able to precisely stimulate the area that needs stimulation in order to optimize the therapy, Nanavaty said.

"The reason that's so important is that the real estate of your brain is worse than Manhattan, so you want to be able to go and just stimulate the area you want to stimulate and minimize the side effects because there's a whole bunch of brain structures all around you," he said.

This increases the therapeutic window, Nanavaty said, which improves the longevity of the therapy.

The Vercise System, which first launched in Europe in 2012, has the smallest implantable pulse generator on the market, and Nanvaty said it is very easy to recharge through the skin. It also has a battery life of more than 15 years.

The Vercise System leads have eight contacts with a long total span of 15.5mm, tight spacing between each contact of .5mm, and multi-lumen construction, the company noted. These system features are designed to work together to address common challenges in DBS therapy such as fluctuations in symptoms and the progressive nature of the condition by offering more adaptable delivery of stimulation.

"Our system stands apart from the field in its approach, and is changing the traditional definition of how we can leverage technology to treat patients with Parkinson's disease," Nanavaty said.

FDA approved the device based on the INTREPID study, which was the first multicenter, prospective, double-blind, randomized sham-controlled study of DBS for Parkinson's disease in the United States. The study evaluated the safety and effectiveness of the Vercise System in 292 patients at 23 sites. Boston Scientific said the study met its primary endpoint of mean change in waking hours with good symptoms control (in 160 patients). Data from the study is expected to be released next year.

The company said it also submitted safety data from the European multicenter, prospective, single-arm VANTAGE study to support the FDA filing. In that study, 40 patients treated with the Vercise DBS demonstrated a 63% improvement in motor function at 52 weeks from baseline as measured by the Unified Parkinson's Disease Rating Scale III, Nanavaty said. The VANTAGE study also demonstrated improvements in quality of life and medicine use.

Nanavaty said the company is studying the use of the platform in the treatment for stroke rehab patients and Alzheimer's patients. Cleveland Clinic used the Vercise System to perform the first DBS surgery for stroke recovery nearly a year ago (Dec. 19, 2016) as part of an ongoing trial assessing the procedure's potential to improve movement in patients recovering from a stroke.

“If this research succeeds, it is a new hope for patients that have suffered a stroke and have remained paralyzed after a stroke. It is an opportunity to allow our patients to rehabilitate and gain function and therefore gain independence,” said Andre Machado, MD, PhD, chairman of Cleveland Clinic’s Neurological Institute. “Our knowledge to date shows that deep brain stimulation can help the brain reorganize, can help the brain adapt, beyond what physical therapy alone can do. The goal of our study is to boost rehabilitation outcomes beyond what physical therapy alone could achieve.”