The Evolution of Robotic Technology: From Robotic Assistance to Augmented Intelligence to Elevate All Surgery
Jul 26, 2021
How AI Can Improve CTA Analysis After Stroke and Heart Attack
Jul 26, 2021
Abbott Turns Focus Back to Core Growth Drivers
Jul 26, 2021
Medtech in a Minute: Endologix Has a Breakthrough, and More
Jul 26, 2021

Testing of the autofocusing lenses is now expected in 2017. 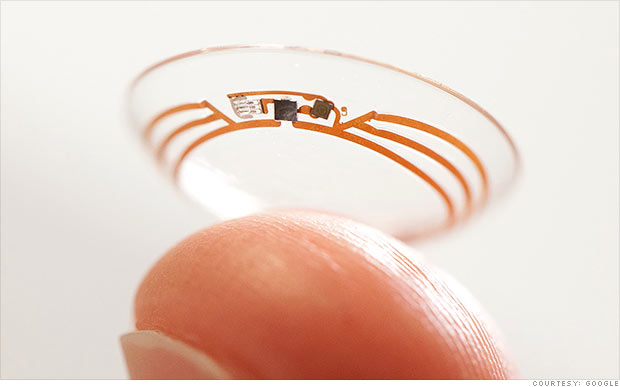 Human testing of the "smart" contact lens that Google's health sciences sister company Verily is developing with Novartis will not be happening this year as predicted, according to a report by Reuters.

Development of the lenses, which would focus automatically to correct for farsightedness, is "progressing steadily," a spokesperson for the Swiss multinational told the news agency.

"It is too early to say when exactly human clinical trials for these lenses will begin," the spokesperson told Reuters. "This is a very technically complex process and both sides are learning as we go along. We will provide updates at the appropriate time."

Novartis's eyecare division, Alcon, has been working on the project with Verily, the life-sciences company started by Google parent Alphabet. Alcon's revenues have suffered since the smart lens project was announced in 2014.In January 2016, Novartis announced a management shakeup at Alcon following poor performance in 2015, further hampering revenue growth.

Novartis CEO Joe Jimenez said in June 2015 that testing would start this year. The first human trials were to involve a smart lens that provides vision correction for people suffering from presbyopia, an age-related long-sightedness that causes people to turn to reading glasses.

The autofocusing lens project is one of two "smart" lens endeavors that Verily and Novartis announced in 2014. The other is a contact lens that would measure blood glucose levels in diabetics, potentially freeing them from finger pricks. No human trials have been announced for these lenses.

Perhaps the delay should come as no surprise. Alcon's engineers spent more than a decade developing the company's Dailies Total water-gradient contact lenses.

Earlier this year, Novartis announced that it is buying Transcend Medical, which has developed a small implant to treat glaucoma. Menlo Park, CA-based Transcend makes the CyPass Micro-Stent device, aimed at patients who have mild-to-moderate glaucoma and are undergoing cataract surgery. The device is implanted just below the surface of the eye and is designed to reduce intraocular pressure (IOP) in patients with primary open-angle glaucoma. CyPass remains an investigational device in the U.S. according to the Transcend website.

Alcon intends to stick with the smart-lens projects, the spokesperson told Reuters.

"Advancing innovation such as the smart lens technology, is a key part of Alcon's growth strategy," she said.