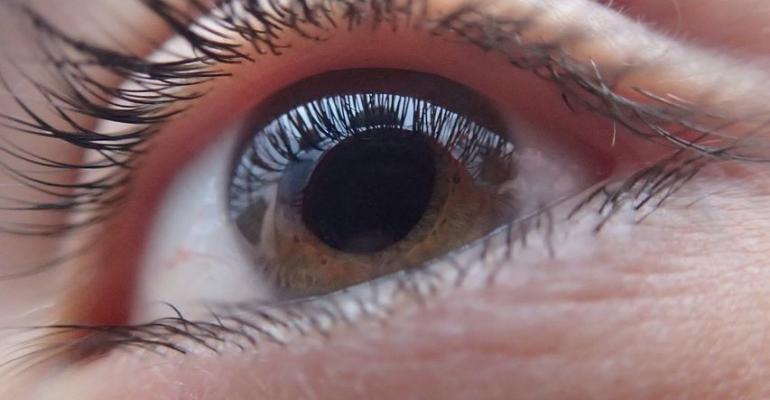 The market for minimally invasive glaucoma surgery devices is expected to pop for the foreseeable future.

Were The Graduate's Ben Braddock to receive a one-word bit of career advice today, it might very well be "MIGS" instead of plastics.

MIGS stands for minimally invasive glaucoma surgery, and both financial analysts and developers of the tiny devices designed to treat the disease expect the market to pop for the foreseeable future.

"On a scale of one through 10, I would say the market is probably somewhere between one and two in terms of maturity," said Dave Van Meter, CEO of Irvine, CA-based Ivantis. "The market in the U.S. today is probably somewhere around a couple hundred million dollars, according to Market Scope, and by 2022 the U.S. market will be $521 million. The international market will be $838 million, roughly. Those are big numbers, which suggest this is a vastly underpenetrated market still."

What does it take to drive meaningful medtech innovation? Find out during the MD&M East Conference and Expo, June 12-14, 2018 in New York. Use promo code "MDDI" for 20% off conference registration and free expo access.

Ivantis is but one of several firms vying to capture part of that burgeoning MIGS market. Presently, the lion's share of the market is held by San Clemente, CA-based Glaukos, which pioneered the MIGS market with its iStent in 2012, but competitive devices from both Ivantis and Novartis's Fort Worth, TX-based Alcon eye care division are expected to make significant inroads soon, according to data from Jonathan Block, managing director of medical technology and supplies analysis at Stifel Financial Co.

In an April survey of 71 eye surgeons, Block reported the expected Glaukos market share went from more than two-thirds of the MIGS market in 2018 (with Alcon's CyPass Micro-Stent garnering the remaining third) to 45% of the market in 2020, with CyPass holding 32% and Ivantis's Hydrus, which is expected to receive FDA market approval later this year, holding 21%. Those figures, however, do not represent a shrinking piece of a static pie for Glaukos.

"Using our treatment algorithms and combination therapy expectations, we estimate our U.S. addressable market opportunity to expand seven-fold from roughly 600,000 procedures today to a pool of over 11 million diagnosed and treated eyes, of which we believe over 4 million can be treated annually," Joe Gilliam, Glaukos CFO and senior vice president of corporate development, told MD+DI in an email.

The prevailing drive behind MIGS is that patient adherence to the traditional treatment for mild to moderate glaucoma, medication, is historically very poor. For instance, pharmacy data of almost 14,000 subjects in the Glaucoma Adherence and Persistency Study conducted in 2007 showed only 10 percent of patients prescribed glaucoma drops were persistent with therapy without gaps over the following year. MIGS procedures, on the other hand, often allow patients to greatly reduce or even eliminate maintenance medications.

MIGS aims to reduce intraocular pressure (IOP) via several anatomical pathways: the iStent and Hydrus are implanted in the eye's trabecular meshwork, an area of spongy meshlike tissue in the eye located around the base of the cornea, and into Schlemm’s canal, a circular channel in the eye that collects the majority of aqueous humor and delivers it back into the bloodstream. A second outflow pathway is located posteriorly in the suprachoroidal space,  between the choroid and the internal surface of the sclera, or anteriorly in the supraciliary space, between the outer surface of the ciliary body and the internal surface of the sclera. Alcon's CyPass stent is a supraciliary device, though the procedure is often generalized as the suprachoroidal approach.

As to when a surgeon would opt to choose a trabecular stent or a suprachoroidal/supraciliary one, Cynthia Mattox, MD, current president of the American Glaucoma Society, explained shortly after the CyPass was granted FDA approval in 2016 that the trabecular stents depend on an intact downstream outflow system to be effective: a trabecular meshwork/Schlemm canal stent presumably would not address the anatomical issue involved if episcleral venous pressure is high or if damage to the aqueous drainage system within the episclera is suspected.

Currently, MIGS procedures are approved to be performed in the United States in conjunction with cataract surgery, and Ivantis's Van Meter said the high safety profile of the trabecular mesh approach currently warrants that method getting the majority of procedures.

"What matters most to the cataract surgeons in addition to efficacy, is a really high level of safety, basically equivalent to that of cataract surgery alone," he said. Van Meter characterized the suprachoroidal/supraciliary approach, as well as the subconjunctival approach taken by the Allergan Xen device, as procedures that bypass Schlemm's canal and are subject to potentially more complications.

"Most experts believe that 80% of the MIGS market going forward will continue to be Schlemm's canal-based procedures," he said.

"Having two stents with iStent inject versus one with iStent theoretically provides more access to collector channels within Schlemm’s Canal and therefore increases the potential for IOP reduction," he said. "Each iStent inject stent is approximately 0.23 mm x 0.36 mm, or about one-third the size of iStent, which we believe is the smallest medical device ever approved by the FDA."

Alcon has also entered the pre-load arena with the CyPass Ultra System, announced in April. The system includes a pre-loaded stent, which is housed in a loader tip attached to a hand-held applier.

Ivantis's Van Meter said the comparative strategies of MIGS developers will be intriguing to watch as the market expands.

"I think the large companies obviously have some degree of scale," he said. For example, he said, when Alcon in 2016 acquired Transcend Medical, which developed the CyPass, they were able to introduce it via a sales force that already had access to cataract surgeons. Glaukos, conversely, he called "kind of your pure play, MIGS specialists" (the company is hewing further to the MIGS market by also developing a suprachoroidal device it hopes will achieve FDA approval in 2020).

"There are a lot of different profiles of who is in MIGS right now," Van Meter said. "And it's interesting to watch."