Genentech Betting on a Device Approach to a Blockbuster Ophthalmic Drug 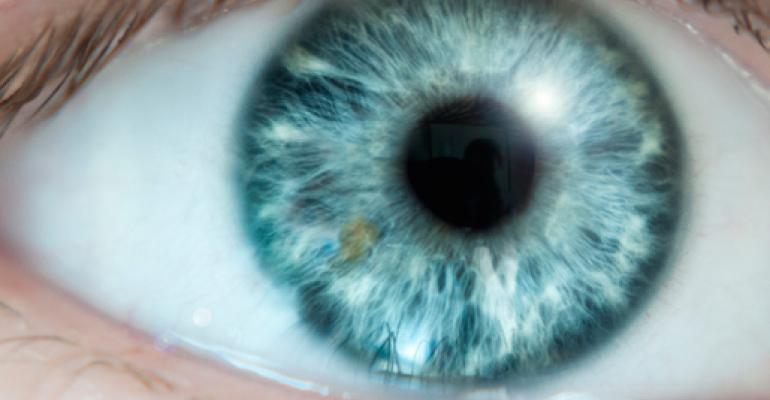 Genentech is testing  an implantable drug delivery system that can elute a drug to treat wet age-related macular degeneration over longer period time in contrast to monthly intravitreal injections.

Genentech's blockbuster, expensive and controversial ophthalmic drug Lucentis has been proved to be effective on treating wet age-related macular degeneration.

When wet macular degeneration occurs, new blood vessels grow beneath the retina and leak blood and fluid. As a result patients suffer central vision loss needed to do simple things like reading and driving.

Lucentis is approved for managing this condition through monthly injections delivered directly in the eye for which patients need to visit an eye doctor. If they do so, the wet AMD can be controlled and the outcomes are good. The problem is that this regular trip to get the intravitreal injection proves too much for some patients, says Jill Hopkins, medical director of Ophthalmology at Genentech, which is part of Swiss firm Roche.

Now Genentech is enrolling patients in a Phase II trial by which the drug — Ranibizumab, marketed as Lucentis — will be contained in a miniscule implant and eluted over a period of time. The implant is made of biocompatible materials and is the size of a grain.

"The hope behind the sustained delivery program would be that you would have a device such as ours that could be placed in the eye, could release drugs over longer periods of time and really decrease that burden of office visits and regular injections while most importantly still maintaining good levels of vision," Hopkins said, in a recent interview.

The Ladder trial will enroll 220 patients of whom 40 will receive the drug through the standard intravitreal injections. Three other groups of 60 each will receive the implant with different concentrations of Ranibizumab. They will be monitored monthly to see how their vision is performing through OCT (Optical Coherence Tomography) scan in order to understand whether vision is deteriorating requiring a refill of the drug in the reservoir.

Early testing has convinced that the drug will be eluted longer than a month and the phase I proof of concept trial showed an average refill was done in four months.

"So the way the Phase II study is designed is that we’re not setting a time at which we refill everybody because we really want to understand the individual patient responses to what those durations look like," Hopkins explained. "The idea in the Phase II trial is you try to determine the optimum concentration and the optimum delivery so that when we hopefully move to Phase III study we can move to one dose and one duration."

The implant, which was developed in partnership with with ForSight Vision 4, part of the ForSight Labs incubator based in Menlo Park, is placed surgically but refills can be done in the office setting.

"Our engineers have designed a very nice exchange needle that allows the contents of the reservoir to be flushed out into a little collection reservoir in the needle itself and then you refill the reservoir with a fresh dose of drugs," she said.

While the hope is that by making the drug elute over a longer period of time will remove the treatment burden of monthly injections and poor vision outcomes because of missed appointments, it's not clear yet how the cost conundrum in healthcare will be attacked.

Genentech has come under fire for allegedly discouraging the off-label use of Avastin, a $50 drug that is equally effective as its astronomically-priced cousin Lucentis that costs $1,950 per dose to treat wet AMD.

Assuming the new device-drug combo product being tested reaches its efficacy endpoints and winds its way through the FDA, it will likely be more expensive than the monthly dosing, but Hopkins said that adherence will be greatly improved if the burden of monthly dosing is reduced.

She said it is too early to speculate on final cost, but that several factors including lower treatment burden will ultimately be taken into consideration when assessing cost to the healthcare system.For now, the aim is to complete enrollment in nearly 50 sites across the U.S. and compare results with the control arm at nine months.