FDA Likely to Approve Fully Resorbable Stent, But Will it Win? 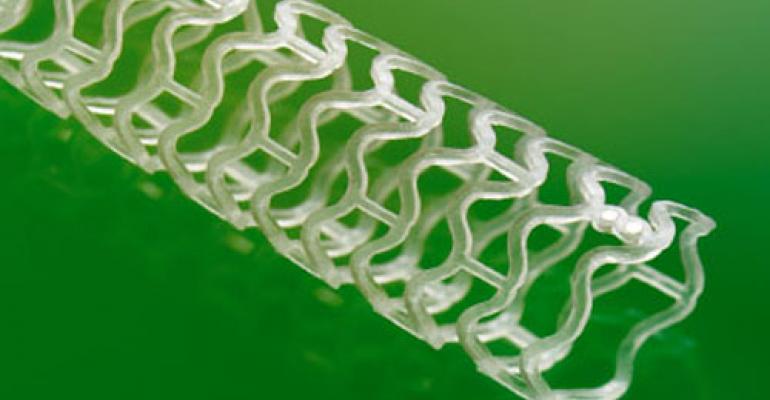 Is the first fully-bioresorbable drug eluting stent truly a medical breakthrough that will help Abbott win in the marketplace? 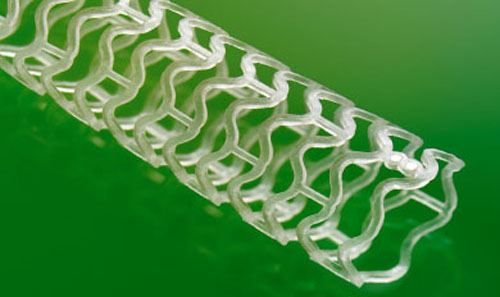 The FDA Circulatory System Devices Panel will review the application of the first fully absorbably drug eluting stent on Tuesday.

Based on documents FDA released ahead of the panel meeting on the 15th, an analyst believes that the agency will approve Abbott's Absorb GT1 Bioresorbable Vascular Scaffold but with a caveat. The device will likely be restricted to larger vessel sizes. That, and other clinical outcomes as well as the price that Abbot will charge may restrict the success the first bioresorbable stent will have in the U.S.

The data from the pivotal clinical trial — Absorb III — compared Absorb to the best-in-class treatment for coronary artery stenosis – the Xience V drug-eluting stent, also made by Abbott. While both products deliver the everolimus drug to keep previously narrowed arteries open after the stent is delivered, Absorb is designed to disappear from the body completely two to three years after placement. The metallic Xience V stent remains in the body permanently.

Trial data showed that the Absorb resorbable scaffold met its clinical endpoint of target lesion failure at one year and thus is not inferior to Xience. There wasn't statistical difference between the devices in other clinical outcomes too. However, numerically, Absorb’s results were worse off than Xience on a number of different outcomes, including device thrombosis, where a thrombus or blood clot suddenly forms in a stented coronary artery impeding blood flow and is a life-threatening complication.

FDA documents acknowledge that "statistical non-inferiority was achieved" but the agency's questions to the panel shows that it is concerned that the numeric data shows that the Absorb GT1 has higher rate of target vessel myocardial infarction (heart attck) compared to the Xience DES as well as stent thrombosis.

Further, the agency wants the panel to consider the size of the vessel that Absorb GT1 is being implanted into. Patients with reference vessel diameter of less than 2.25 mm showed worse outcomes — higher target lesion failure, higher myocarial infarction and stent thrombosis. Specifically, FDA wants the panel to consider whether "the [Absorb] clinical data and operator expertise adequately support the proposed visually-assessed ≤2.75 mm diameter threshold for the use of quantitative imaging to confirm the selection of appropriately sized vessels for scaffold implantantation." Based on such concerns, one analyst feels that FDA will likely approve the device but limit it to certain kinds of vessel sizes.

Novarro noted that while he expects the product to be approved in the fourth quarter, he doubts its market success.

"Based on the U.S. clinical data and European adoption,we do not expect Absorb to be a workhorse stent and major share gainer," he declared. "While Abbott will be first to market, we believe that the door remains open for better fully dissolving technology."

A similar sentiment was heard at the 2015 Transcatheter Cardiovascular Therapeutics meeting in San Francisco in October where the Abosrb III clinical trial data was presented.

"We adopted this technology early," said Dr. Michael Haude, director of Medical Clinic I, StÃ¤dtische Kliniken Neuss in Germany, in a panel discussion."The problem is the price difference, which is pretty remarkable. [It] is eight times as expensive as the standard of care which is the drug-eluting stent. We need to offer the community something that is not only non-inferior [which Absorb has proven]. We need to find something superior."

Another physician on the panel noted the importance of full bioabsorption that Absorb has achieved and expected the next-generation device to be better. She noted that the clinical benefit of the current generation happens further down the road.

"The benefit is to be expected at three, four and five years, which is...a little long," said Dr. Marie-Claude Morice, director of interventional cardiology, Institute Hospitalier Jacques Cartier in France,of the current Absorb device expecting U.S. FDA approval. "We would be happy to have an earlier benefit."