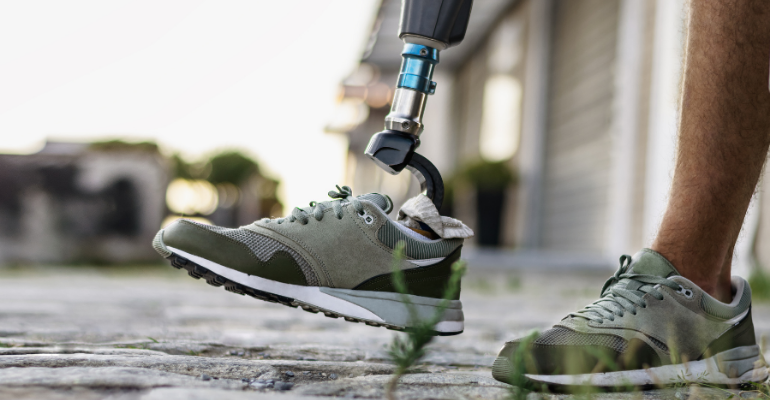 The OPRA Implant System has been on the market under a humanitarian device exemption since 2015 and is now fully approved by FDA for patients who have trouble with conventional socket prosthetics.

FDA approved the first implant system for adults who have above-the-knee amputations and might not be able to use a conventional socket prosthetic device.

The Osseoanchored Prostheses for the Rehabilitation of Amputees (OPRA) Implant System, has been on the U.S. market since 2015 under a humanitarian device exemption, and FDA blessed the prosthetic device with a pre-market approval in late December. The approval expands options for people with above-the-knee amputations and can help those who have had or may have problems with rehabilitation and have not been able to benefit from available socket prostheses, according to Capt. Raquel Peat, PhD, director of FDA's Center for Devices and Radiological Health's Office of Orthopedic Devices.

“Prostheses can help people who have lost a leg due to trauma or cancer to regain mobility and to more easily participate in everyday activities," Peat said.

A conventional leg prosthesis uses a specially-fitted, cup-like shell called a socket that fits over the remaining portion of the patient’s leg (the residual limb remaining after amputation) to secure the device to the leg. Some patients may not have a long enough residual limb to properly fit a socket prosthesis or may have other conditions, such as scarring, pain, recurrent skin infections or fluctuations in the shape of the residual limb that prevent them from being able to use a prosthesis with a socket. The OPRA Implant System is surgically anchored and integrated into the patient’s remaining thigh bone to allow connection to an external prosthetic limb.

FDA evaluated the safety and effectiveness in a clinical study of 65 participants who received the OPRA Implant System. Effectiveness was assessed using the Questionnaire for Persons with a Transfemoral Amputation, a patient reported outcome measure that reflects frequency of use, patient’s mobility, problems with the device and patient’s overall health. The average improvement in the prosthetic use score on a 100-point scale, was 35.1 points at two years and 39.6 points at five years as compared to their reported scores with a conventional socket prosthesis. Adverse events reported during the study included: infection, mechanical complications, pain, injury and loosening of the fixture.

The OPRA Implant System is manufactured by Integrum AB in Mölndal, Sweden.

"We are thrilled by the FDA's decision and extremely proud of this unprecedented achievement by a Swedish medtech company in dynamic growth," said Maria Lopez, CEO of Integrum.

Integrum noted that the approval marks the end of a complex regulatory process that began in 2008. The company said "only a handful of Swedish companies" have been granted a FDA approval through the PMA process.