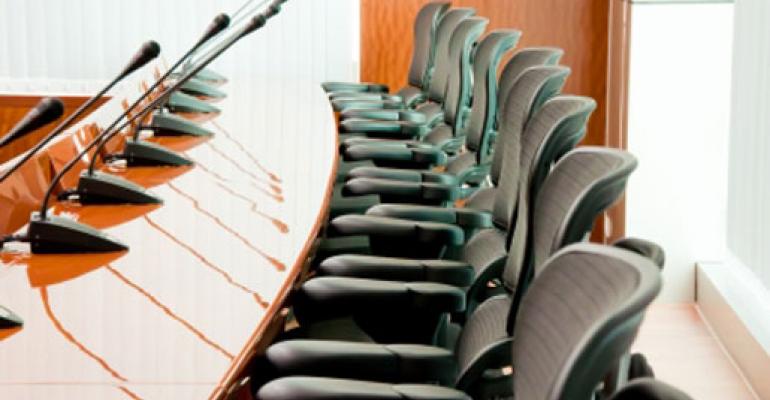 Endologix&#39;s much-anticipated Nellix EndoVascular Aneurysm Sealing system may potentially be reviewed by an FDA advisory committee. How could that possibility impact the timeline and adoption of the next-generation technology?

Endologix's Nellix EndoVascular Aneurysm Sealing (EVAS) system, is a hotly anticipated device for which patients and clinicians may need to wait a bit longer.

The device, designed to treat patients with abdominal aortic aneurysms (AAA) located below the renal arteries, received CE Mark in January 2013. Endologix filed a PMA submission earlier this year and management had previously forecasted a potential FDA approval in late 2016 or early 2017.

Now, there is the possibility that FDA could require an panel meeting of an FDA advisory committee to discuss the Nellix PMA submission. It likely won't be clear until early 2017 whether FDA will require a panel. With that in mind, Endologix's management team has outlined a more conservative timeline of potential FDA approval in the third quarter of 2017. If a panel isn't needed, potential approval is anticipated by the end of the first quarter of 2017.

Unlike other endovascular AAA repair systems, the Nellix EVAS system is designed to seal the aneurysm sac. It may be easier to use and could offer treatment to a wider range of patient anatomies with fewer endoleaks or device migrations. Positive clinical data from the EVAS FORWARD-IDE U.S. study was reported earlier this year. Results included 96% freedom from all-cause mortality, 99% freedom from AAA-related mortality, the highest rate of freedom from device-related secondary interventions (96.6%) reported in an EVAR IDE study, and the lowest rate of endoleaks present at one year (3.1%) reported in an EVAR IDE study.

According to management commentary on this week's second quarter earnings call, at the company's 100-day meeting with FDA in July, the agency brought up the potential of an advisory committee meeting for the first time. The novelty of the Nellix EVAS is FDA's motivation for potentially requiring a panel meeting, according to a company press release.

"We'll continue to make a compelling argument that Nellix is very similar to other endovascular technologies to treat aneurysm. It's the same patient. It's the same doctor, done in the same facility. It's the same follow-up imaging. A lot of the same procedural techniques, if there are re-interventions they've very similar. So, we still think we've got a good argument but it really will come down to novelty. Of course it's not a decision that we can control but we'll try to influence as best we can," said Endologix Chairman and CEO John McDermott, according to a Seeking Alpha transcript of the earnings call.

In addition to the possibility of a panel meeting, FDA also requested clinical data on Endologix's latest version of the Nellix system--a version that includes enhancements already in commercial use in Europe. To speed the approval timeline, the company has decided to try to get its earlier version of Nellix, which was studied in the IDE trial, approved by FDA first before eventually submitting the latest version for review via a PMA supplement.

This refocus on the IDE version of Nellix means Endologix will need to answer additional FDA questions with more analysis and testing. McDermott pointed out, "Since we had been focused on the newer version of the device, we've got to take a step back and do a little more work on the IDE device, which we'll do over the next months and submit all of that by the end of this calendar year."
The uncertainty means Endologix is gearing up for an advisory committee meeting while also working to try to avoid one. "We're preparing for panel," McDermott said. "But still hope we don't have to go there because we prefer the timeline associated with no panel program."
Looking out past potential FDA approval of Nellix, Endologix is planning to ramp training over a few months to reach approximately 50 clinicians trained each month.
The potential for a delay hasn't dulled one analyst's optimistic outlook for Nellix. Stifel analyst Rick Wise wrote in an August 3 research note, "the potentially delayed Nellix launch has no impact on our enthusiasm for Nellix and the outlook for Nellix adoption post-approval." He added that he projects "a worldwide, top-line growth infection to ~30% and continue to project at least 20% top-line growth (compound annual growth rate) through 2020" after Nellix's launch.
Wise's positive forecast is driven, in part, by a sales report in the second quarter that surpassed analyst forecast. The good revenue performance points to stronger sales rep productivity, an observation that is particularly noteworthy because Endologix just completed its merger with AAA company TriVascular Technologies in February.
Wise wrote, "ELGX sales rep productivity is essentially tracking a full-quarter ahead of our projections . . . we believe this now stronger rep productivity trajectory trend augurs extremely well for a rapid Nellix launch trajectory despite a potential 2-3 quarter US Nellix commercialization delay."

[Images courtesy of SIXNINEPIXELS/FREEDIGITALPHOTOS.NET and ENDOLOGIX]