This Company Wants to Be the No. 3 TAVR Option Among Competing Valve Makers 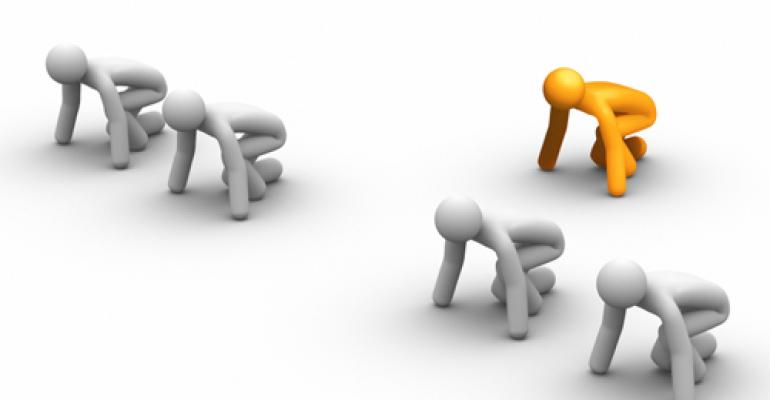 JenaValve is vying with the likes of Boston Scientific to be the third viable option for a TAVR valve after Medtronic and Edwards Lifesciences.

JenaValve is vying with the likes of Boston Scientific to be the third viable option for a TAVR valve after Medtronic and Edwards Lifesciences.

Edwards Lifesciences and Medtronic are the leaders in the field of transcatheter aortic valve replacement and are the only two companies with approved devices on the U.S. market.

Other companies like Boston Scientific and St. Jude Medical are running clinical trials to test their TAVR products prior to a submission with FDA. They already have CE Mark in Europe. But a Irvine, CA firm, with roots in Germany, believes it can be that third option for patients looking to undergo a TAVR procedure in the future.

That's because JenaValve aims to develop a device that can bring patients who are at much lower risk of mortality to open heart procedure into the TAVR fold and treat aortic regurgitation as well. Currently, only inoperable patients and patients deemed to be at very high risk for open heart surgery have the opportunity to go the TAVR route. Edwards is expecting that intermediate risk patients will soon be allowed to undergo TAVR if an FDA approval comes through later this year. The Irvine, CA company has also begun a trial to test its Sapien 3 TAVR valve on patients considered to be at low risk for surgical intervention.

Needless to say that in terms of actual introduction to the market, JenaValve will lag behind Boston Scientific and St. Jude Medical whose IDE trials are already underway. But JenaValve's CEO dismisses that point entirely.

"If we were to come to market and say that we were going to do aortic stenosis that is inoperable or severe, then we would be seventh to market in Europe and whatever number you want to put in U.S.," Victoria Carr-Brendel said in a recent interview, but that is not the goal.

The company is seeking a TAVR indication for not only lower risk patients but also for patients who would like to manage their aortic valve regurgitation, where blood seeps backward into the left ventricle from the aorta. That sets it apart from the market leaders who currently only treat aortic stenosis and not aortic insufficiency or regurgitation.

And even in the realm of aortic stenosis, JenaValve intends to do a better job than current valves.

The two biggest complications of TAVR is paravalvular leakage, which increases the chance of stroke, and the need to implant pacemakers.

"I think if you talk to any physician, they’ll suggest to you that they would like to see a paravalvular leakage rate that is lower than 5%, ideally below 2.5%," she said.

But only Boston Scientific's Lotus TAVR valve has achieved that - 0.6%, she said - explaining that the valve seals well with native heart tissue thereby preventing blood leakage. A clinical trial of JenaValve's first generation valve had paravalvular leakage of 0.7%. While the Lotus Valve's low paravalvular regurgitation (PVR) rate is an accomplishment, there is a caveat.

"However, the trade off that you have with getting really great sealing is that often times that means that the valve is encroaching upon structures that help with conductivity," she said.

Which means patients need to be implanted with pacemakers. As companies seek patients for younger and lower risk patients, high pacemaker rate may not be

Boston Scientific's CEO offered a slight pushback on this characterization.

"The paravalvular leakage is the one that's the most important of the variables in terms of managing patients and then we anticipate that our pacemaker rates will continue to come down over time with modifying technique as well as modifications that we are making to the platform itself," said Michael Mahoney, in a recent interview.

So what would be a good TAVR valve profile?

Below 10% pacemaker rate and below 2.5% PVR rate, is what Carr-Brendel believes doctors want. And that's the sweet spot that JenaValve intends to hit with its next-generation device.

That valve can be delivered using both the transapical and transfemoral approach and is made of pericardial tissue. She expects the product to get CE Mark at the end of 2016. In the U.S., the company has an approval to perform an early feasibility study for fast track approval.

JenaValve has revenue of just under $10 million - its first generation TAVR valve is approved in Europe - though the company is not profitable and has about 100 employees.

Only time and data from clinical trials will tell whether the new valve from JenaValve can fulfill the vision that Carr-Brendel articulates.

"We brand ourselves as smart followers not necessarily fast...and so as long as our design intent is satisfied in that we get superior clinical data, I think time into market isn’t as important as differentiation in your device." she declared.