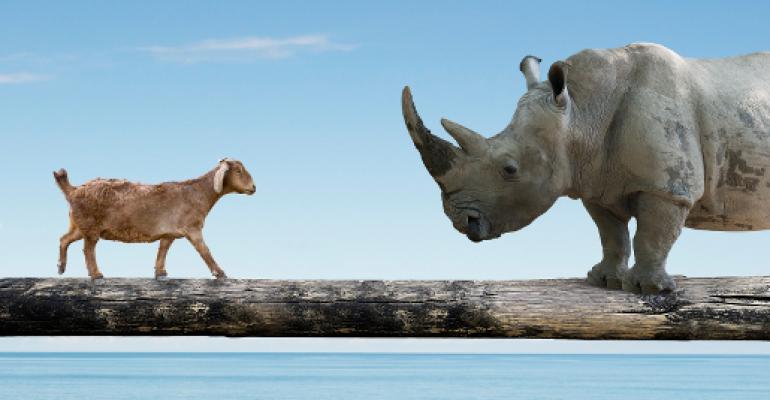 There are more challenges to the heart failure monitoring device than just reimbursement, according to a new survey of physicians.

There are more challenges to the heart failure monitoring device than just reimbursement, according to a new survey of physicians. 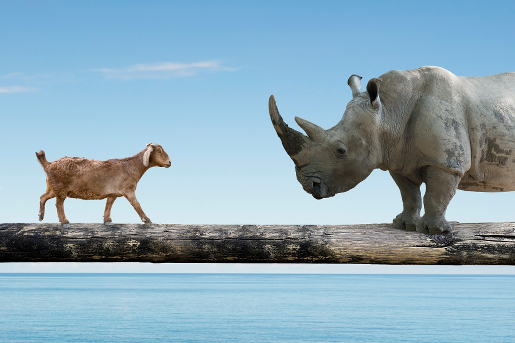 However, stymied by coverage rejections from Medicare Administrative Contractors (MACs), revenue of the product has caused revenue declines and a lackluster adoption of the device. Stung, the Minnesota device maker is seeking a national coverage decision from the Centers for Medicare and Medicaid Services (CMS) to relieve its reimbursement woes.

But a small survey shows that there are other reasons besides reimbursement, even though it is the biggest factor, that is preventing greater use of the device. When asked if reimbursement were not an issue, would physicians implant CardioMEMS, 69% said yes, but 31% were focused on other factors. That should be somewhat concerning to the company.

The chart below was created from that BMO Capital Markets survey of 26 physicians who were allowed to pick one or more options describing the obstacles to the device's adoption. It resulted in 55 responses. 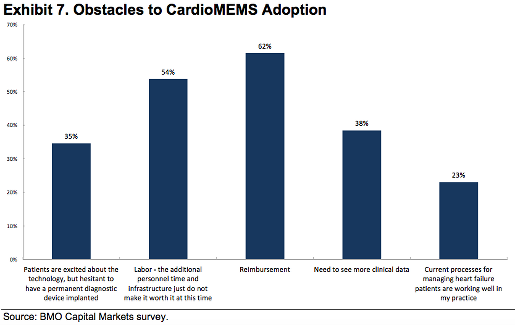 In a research note highlighting the results of the survey last week, Joanne Wuensch, a BMO Capital Markets analyst, was taken aback that 38% responses showed that physicians wanted to see more clinical data.

"While the patient’s understanding of a permanent diagnostic tool and a change in managing heart failure patients (e.g., labor) to cover the influx of data did not surprise us, the one response we were quite surprised by was the number of physicians looking for more clinical data (as there is actually quite a bit, and while the company is in the process of recruiting patients for its post-approval study and has not yet started enrolling patients in a European monitoring study, both of these will take time before we see any results)," she wrote.

That indeed is surprising given clinical trial data is the main weapon that St. Jude Medical is wielding to change the minds of reimbursement authorities.

Meanwhile, a majority of physicians - 46% - said they will be implanting CardioMEMS in only 0-5% of their patients. In other words, there are quite a number of physicians who likely believe that it will take time to incorporate the technology in their practice or that their is limited use of the product, or, obviously, reimbursement challenges are hindering adoption, Wuensch noted.

Getting over the reimbursement hump is the first big challenge for St. Jude Medical, but the company best be prepared to face that it is not the only factor holding back the device.