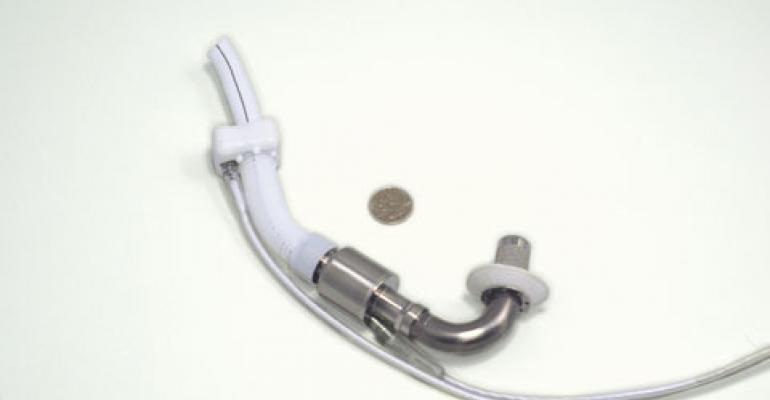 ReliantHeart is working to make its HeartAssist5 fully implantable.

Over the past few years, giants in the field of left ventricular assist devices (LVADs) Thoratec and HeartWare have both discussed efforts to create an LVAD that can be implanted completely within the body, eliminating the need for an external driveline. Now, ReliantHeart, a Houston, TX-based company that makes the HeartAssist5 (HA5) LVAD, has announced a partnership with Dualis MedTech GmbH to develop a fully-implantable LVAD.

The HA5 has CE Mark approval and is being studied in an FDA trial. Under the partnership, Dualis will integrate its MedBase wireless energy transfer technology with the HA5 LVAD, forming a system that uses less than half the energy of other full flow LVADs, according to a press release.

The MedBase technology will also be used to create a wireless, fully-implantable LVAD that is powered by magnetic coils inside and outside the body. This wireless system is slated to be available in 2016, according to ReliantHeart. What's more, patients with a HA5 will be able to get rid of their external drivelines and upgrade to the wireless system without having to change out the heart pump.

Dualis, which was spun out of the German Centre for Aeronautics and Aerospace (DLR), has been developing the MedBase technology since 2006. Dualis chief executive officer Stephan Sagolla said in a press release, "The internal coil is about two inches in diameter and will communicate with an internal battery and power management much like a pacemaker system. The patient will be wireless."

A fully implantable LVAD has long been the goal for this therapy. LVADs have allowed patients to enjoy relatively high survival rates and more active lifestyles, but driveline infections, often around the area where the power driveline exits the patient's body, have been a somewhat frequent adverse event. Showering, swimming, and water-related activities remain difficult for patients because of the use of external power.

ReliantHeart has been working with Dualis and a number of other companies to improve the LVAD technology. Rodger Ford, ReliantHeart chief executive officer, said in a press release, "Our mission is to compress time and accelerate beneficial outcomes. Artificial heart pumps need power but running wires through the skin leads to infection and patient discomfort. The solution is to invent a device to transfer power without wires."

The company also recently announced a partnership with Kollmorgen Corp. to reduce HA5 power consumption by 50% with an energy efficient motor stator. The announcement explained that energy efficiency would help achieve the goal of a wirelessly-powered LVAD.

Both HeartWare and Thoratec, the two companies selling LVADs commercially in the United States, have partnerships to create a fully implantable LVAD. Thoratec has collaborated with WiTricity Corp. since 2010 and HeartWare has been working with Dualis MedTech since 2011.