All Eyes on Second Sight

The maker of the world's first bionic eye is MD+DI's 2013 Medical Device Manufacturer of the Year. 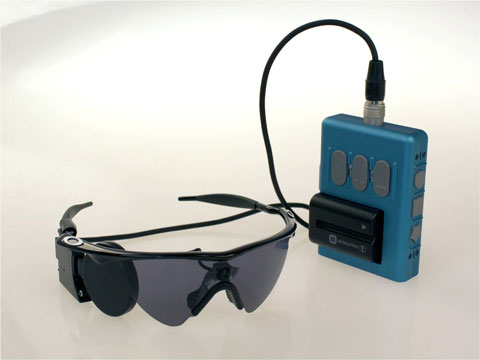 It was February 14, 2013, when the call Robert Greenberg had been patiently awaiting finally came.

On the line were two FDA officials calling with a Valentine’s Day gift, Greenberg, CEO of Second Sight Medical Products, recalls. They informed him that FDA had approved the Argus II retinal prosthesis system he had devoted his career to developing.

The news was not unexpected. After all, in September 2012, an FDA panel had unanimously voted to recommend the approval of the Argus II.

Still, when the call came, Greenberg was in shock. After slaving away on the novel device for a decade and a half, his team had achieved a significant milestone. For the first time, U.S. patients suffering from retinitis pigmentosa, a degenerative disease that slowly robs people of their sight, could buy an implantable device that allows them to see in black, white, and shades of gray.

A Spot of Light

Greenberg, who has a background in biomedical and electrical engineering, was a graduate student at Johns Hopkins University in 1991when he was invited to participate in an experiment involving a blind patient.

This promising outcome—enabling a blind patient to see spots of light—got Greenberg hooked. He decided what he wanted to do with his career: Build a device that could restore sight to patients with retinitis pigmentosa.

Back in 1991, Greenberg thought it was a pretty straightforward project. “I was an electrical engineer by background, and so to me, it seemed at that point that it was just an electrical engineering project,” he says. “We just would have to build a stimulator with a bunch of electrodes. I didn't think it would take 20-plus years.”

A Company is Founded and Challenges Emerge

Greenberg was working at the nonprofit foundation started by medtech entrepreneur Alfred E. Mann when one of Mann’s investor friends, Sam Williams, posed a question: Could vision be restored using neurostimulation in the same way one of Mann’s other companies, Advanced Bionics, had been able to restore hearing using cochlear implants?

Upon hearing about the experiment at Johns Hopkins, Mann and Williams launched Second Sight Medical Products in late 1998. Greenberg wrote the original business plan and pitched initial investors, after which Mann and Williams wrote checks to begin operations.

After stepping into the role of founding CEO in early 1999, Greenberg quickly realized that the device he was envisioning was more than just a simple engineering project. One of the first challenges in developing the implant, for example, was determining how to integrate it with the delicate tissue in the back of the eye.

“The retina, the back of the eye that has the nerve tissue that we are stimulating, is like one-ply wet tissue paper,” Greenberg explains. “So it's very, very delicate, and it's very easy to detach and come off the back of the eye. So to get something that would mechanically match that very thin, delicate issue was a big challenge and took many years of refining and experimenting with different designs of the electrode array.”

In fact, it became a real stumbling block. “A low point was when we were trying to interface with this one-ply, wet tissue paper,” he recalls. “We had spent several years trying to do it, and we would go to board meetings, look around the table, and ask ourselves: Is this too hard? Are we not going to get there?’”

Another challenge lay in protecting the electronics that would be placed in the implant. “The body is salt water, basically,” Greenberg says. “It's like taking your television and throwing it in the ocean and having it still work. That defines the magnitude of the challenge.”

While other companies founded by Mann had experience in protecting implanted electronics, none of them had done so in a device that required so many electrodes to fit in a device the size of an aspirin.

Millions in Investment and a First-Generation Device

Second Sight’s pioneering endeavor attracted both public and private interest. Throughout its history the company has raised about $100 million from private investors such as Al Mann and other high-net-worth individuals as well as California venture capital firm Versant Ventures.

“I had been tracking various approaches to neurostimulation of the retina to treat degenerative retinal diseases, and it was clear that Second Sight had the lead in addressing this challenging problem,” according to William Link, managing director at Versant Ventures and a Second Sight board member. “We invested in 2001 and have been actively engaged with the company at the board level since that time.”

On the public side, the company received another $100 million from the likes of the National Institutes of Health, the U.S. Department of Energy, and the National Science Foundation.

In 2002, Second Sight began conducting clinical trials to test the Argus I device, a predecessor of the Argus II that featured 16 electrodes to help stimulate the retina. Despite successful trials and patient demand, however, the company didn’t move to commercialize the device.

“One [reason] was that we felt we were just around the corner with a 60-electrode device,” Greenberg says. “But the main reason for that decision was that the surgery for that device took eight hours, and it took four surgeons.”

By contrast, the product FDA ultimately approved requires only two hours to implant and a single surgeon to perform the procedure.

In 2007, FDA gave Second Sight the go-ahead to conduct trials on the new device. It took another six years before the agency approved the device under a Humanitarian Device Exemption this past February.

The PMA submission from Second Sight was a whopping 10,000 pages long, Greenberg says, and the agency asked many questions before ultimately giving the green light. European regulators had previously approved the device in 2011.

Now, Medicare has announced that it will reimburse the $144,000 procedure, as has private insurer Health Net. Though out-of-pocket expenses for Medicare patients will vary, they generally fall $2,000, according to Brian Mech, Second Sight’s vice president of business development.

Second Sight is not resting on its laurels. Despite boasting a banner year, the company has already set its sights on potential areas of improvement. After all, being able to see on a gray scale, as users of the Argus II device do, is not the same as having normal vision—a fact that is clear to the targeted patient population that once could see.

The company is currently conducting color research in its lab with patients as well as working toward image enhancement. It hopes to roll out these improvements as part of a future software upgrade.

“One of the nice things about the device is that it has a video processor that processes the image from the glasses and wirelessly transmits to the implant, and that video processor has software that is upgradable just like the operating system on a cell phone,” Greenberg notes.

The company is also planning a device upgrade; the FDA-approved device is based on a design that is 10 years old.

“It's a computer-based system, so you can imagine in 10 years how much cell phone and computer technology has advanced,” Greenberg adds.

With such a major milestone achieved in 2013,Greenberg hopes the exit strategy for Second Sight’s investors will materialize in the next six months to a year. One option the company is exploring is a sale to a large company. He declines to identify  potential acquirers, citing the fact that they are well-known public firms.

But an initial public offering (IPO) is also a possibility. Greenberg says that the company has now succeeded in creating the world’s smallest neurostimulator with the highest number of electrodes—60—and there could be other potential applications of the technology. For example, neurostimulators are currently being explored to treat a range of conditions that include Parkinson’s, chronic pain, and obesity. An IPO would provide financing to expand the applications of Second Sight’s technology.

This year brought fruition to a vision that Second Sight employees doggedly pursued over the years. Here’s hoping more patients with other serious impairments can benefit from this breakthrough technology.