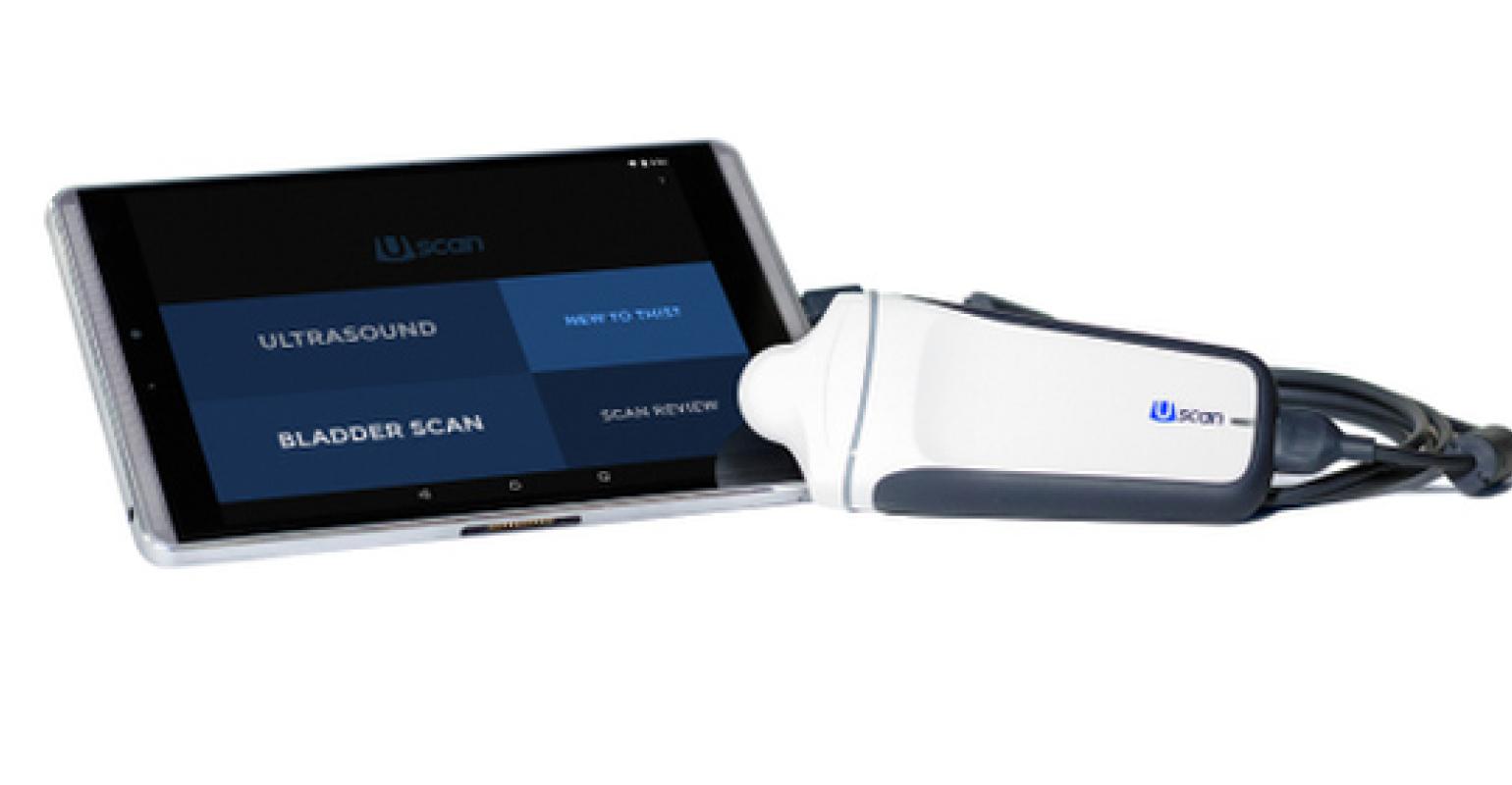 When patients have problems voiding their bladders - a condition that could lead to urinary tract infections - urologists can check for post-void residual urine with a bladder scanner. But these scanners aren't always accurate and their limited imaging capabilities can make it hard to diagnose why it appears the bladder is not emptying.

Urologists now have a new way to scan for bladder problems.

Signostics has received 510(k) clearance for Uscan, an ultrasound imaging system whose capabilities go beyond measuring bladder volume. Signostics also has the regulatory go-ahead to market its device in Europe, Australia, and New Zealand. The company expects regulatory decisions from Canada and Japan in coming months.

Though conventional bladder scanners use ultrasound, their bladder volume assessments can lead to incorrect diagnoses. In a published University of Alberta case study, for example, a bladder scanner detected false levels of post-void residual urine, which was later found to be pelvic and kidney cysts. Error rates rise in pregnant women and obese patients, Goodwin said. Inaccurate bladder measurements contribute to hospital overuse of catheters to relieve the urine.

"The estimates could be way off, but if they think your bladder is not emptying then they're going to cath you," Goodwin noted.

By contrast, proprietary algorithms in Uscan's software enable the Signostics device to better assess bladder volume, Goodwin contended. The software takes into account the bladder's three-dimensional contours, which improves its accuracy. The software also provides detailed imagery, expanding the technology beyond bladder volume measurement. When catheters are warranted, Uscan's imaging enables clinician to ensure they are inserted properly. Physicians can also use the device to scan the pelvic floor, detect kidney stones, or diagnose hydronephrosis, a swelling of the kidney that can occur when urine is not draining properly to the bladder.

The Uscan system is also portable. Goodwin compared Uscan against older bladder scanners that typically sit on a cart or are placed by a hospital bed.

But Signostics isn't the only company making bladder scanning more mobile. Philips Healthcare received FDA clearance last fall on Lumify, a device that offers portable ultrasound via a transducer connected to a user's own Android device.

Meanwhile, Signostics aims to offer better medical device security by providing an Android tablet that is factory-configured to restrict the tablet to ultrasound use alone, and to keep users from installing new applications, according to FDA documents.

The device is also designed to help it fit into clinician workflow. Uscan can send data into an electronic medical record at the push of a button. As hospitals adopt the system, there is a potential for machine learning from the anonymized data collected through the scans.

"The more data, the more the machine can learn how to be accurate," Goodwin said.

An ultrasound industry veteran, Goodwin joined Signostics a little more than a year ago after 17 years as the founder and CEO of medical ultrasound company Sonosite. FujiFilm acquired Sonosite in 2012 for nearly $1 billion. Last fall, Signostics formed a parent company, EchoNous, in Kirkland, WA, where Goodwin is based. Signostics became an Australia-based  subsidiary of EchoNous, with a new U.S. division based in Washington state. Following the formation of EchoNous, which loosely translates from Greek as "intelligent sound," the company landed a $35 million investment from private equity firm KKR.

Later this year, Signostics' U.S. staff will move into new space in Redmond, WA. Goodwin believes it's important for EchoNous to have a Seattle presence because the region is a hub for ultrasound research. The University of Washington was a pioneer in medical sonar technology and has spun out many companies that have commercialized ultrasound medical devices. While Signostics' technology was originally developed in Australia, the science of ultrasound in medical devices traces its origins to UW research, Goodwin said.

With FDA clearance in hand, Signostics will now deploy its recently raised capital to commercialize the Uscan in the United States, and for additional research and development. The company's workforce of more than 30 could swell to 100 this year, a combination of sales staff, as well as engineers focused on R&D. The company's research is in miniaturized ultrasound technology and that can be applied to medical applications beyond urology. Signostics is developing them but Goodwin declined to elaborate further.

Frank Vinluan is a contributor to MD+DI Contact him at frankvinluan@gmail.com