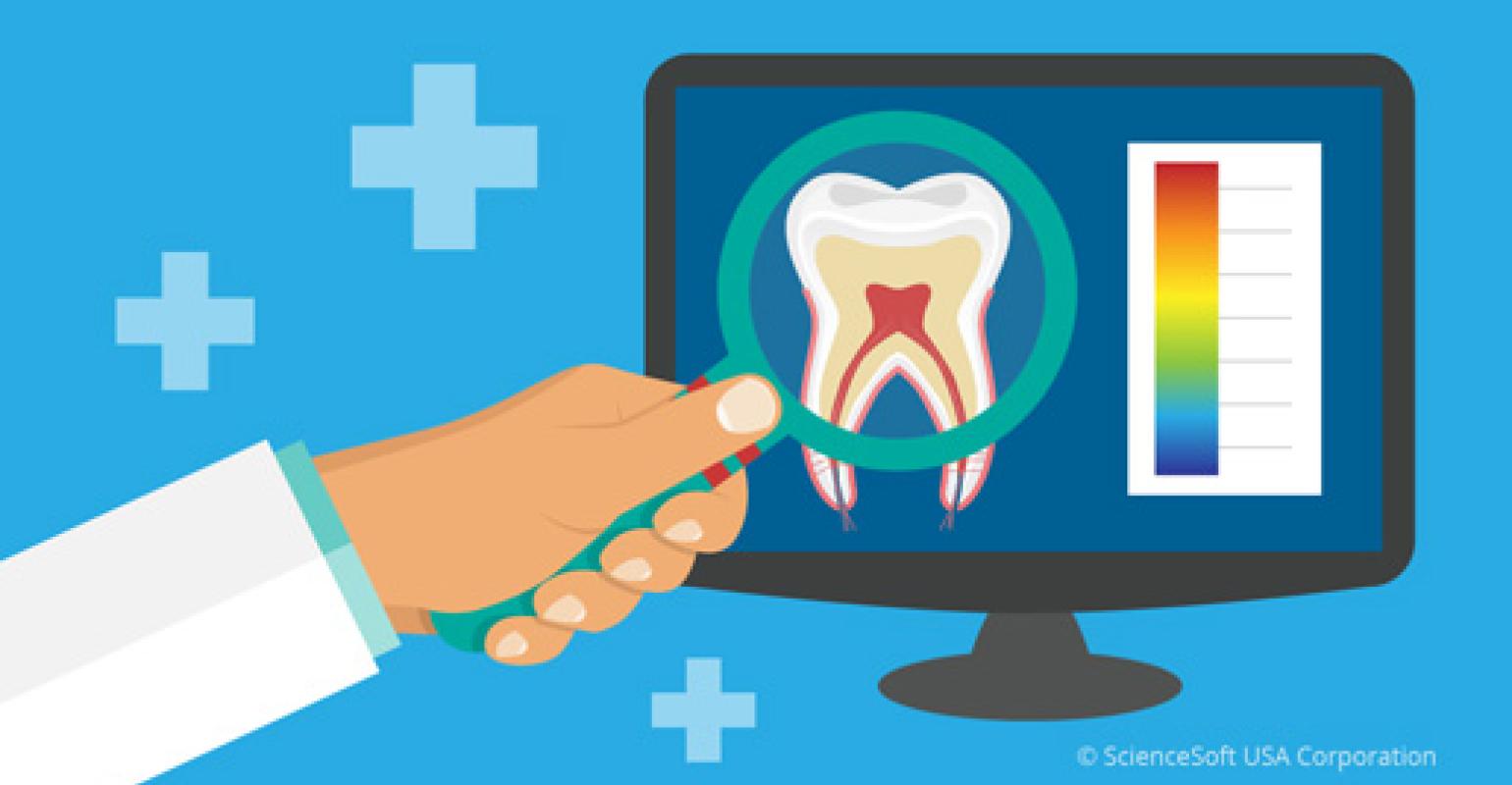 How Dental Imaging Can Be Improved with Machine Learning

According to the 2016 Aspen Institute Roundtable on Artificial Intelligence, "AI's use in medicine will increase tenfold within the next five years." This means there will be more intelligent data mining and advising systems in healthcare that will become more powerful and precise. With further advances in parallel computing and augmentation of training data sets, we can expect that machine learning algorithms lying under the hood of medical data sets and CAD systems will provide sound support for our medical institutions.

CAD systems are a promising AI application in healthcare. By analyzing medical images, they provide radiologists with second opinion support that increases the sensitivity of pathology detection.

A convolutional neural network (CNN, ConvNet) is a variation of a multilayer artificial neural network with a convolutional layer. Inspired by the structure of visual cortex, it is particularly efficient in extracting features, regardless of their location in the image. As a result, CNNs have shown great performance in image recognition and classification. By now, they already have solved the thought-to-be-impossible issue of automated facial recognition. Besides that, according to the results of the latest ImageNet Large Scale Visual Recognition Challenge, CNNs have shown the ability to classify images at a level nearing that of humans.

It is important to stress that the main limitation of CNN performance has nothing to do with their architecture, but concerns the amount of training data. With the number of training images rising to the order of millions, CNNs start recognizing objects with incredible precision. The most obvious example of such "data-driven" success is a winning Google image search algorithm. Of course, improvements in architecture also improve performance and speed up the training process, but data remains the key factor.

What Does It Mean for Dentistry?

There are several major issues in dental image analysis:

1) Image enhancement: The goal of this stage is to mitigate possible distortions and make important features clearer. This is particularly important when image quality is poor, although image enhancement always improves the informational value of an image.

2) Image segmentation: To pick the teeth from the gum in a dental image, computer scientists develop algorithms that find the borders of areas having different grey-scale intensity and/or texture. This step is crucial for dental image analysis, as it allows separation of meaningful regions corresponding to different normal and pathological structures in the oral cavity and beyond.

3) Object classification: This problem consists of "labeling" of the recognized objects and assigning them to certain classes, such as "tooth," "caries," "tumor," "bone," etc. At this step, the system decides whether there are pathological signs in the analyzed image.

Successfully implemented, these steps produce a valuable output that facilitates dentists' and dental radiologists' work, providing them with necessary second reader support. Note that a CNN can carry out all of them. The only thing it needs to succeed is a huge training data set.

State of the Art

By now, scientists have suggested a range of possible architectures for dental image analysis systems. Their performance varies in sensitivity and specificity depending on the task, imaging modality, and algorithms used.

Machine learning algorithms used in dental image analysis include variations of CNNs described above, as well as a range of other approaches, including fuzzy logic systems, support vector machines, random forests, etc. CNNs are now considered one of the most promising approaches in medical image analysis. The paper by Yu describes the experiment on teeth classification using 4- and 16-layer CNN. With the data set consisting of 2800 teeth images, the accuracy rate of a 16-layer CNN has increased to above 90% after 232 training iterations.

As the number of research papers reporting on successful implementation of AI-based dental image analysis algorithms increases, it is time to think about putting dental CAD to practice. Even a 90% effective system can reduce the rate of diagnostic false negatives, especially for inexperienced physicians, and this can be vital in tumor or osteomyelitis diagnostics, for example. Besides that, research has shown that dental image analysis has a wider scope of applications, with the potential for automated detection of extra-oral pathology, such as osteoporosis and carotid artery calcification.

Oksana Bandura is a medical and industrial image analysis researcher at ScienceSoft, a software development and consulting company. She is a general radiologist with more than 3 years of experience in dental radiology. Reach her at obandura@scnsoft.com.