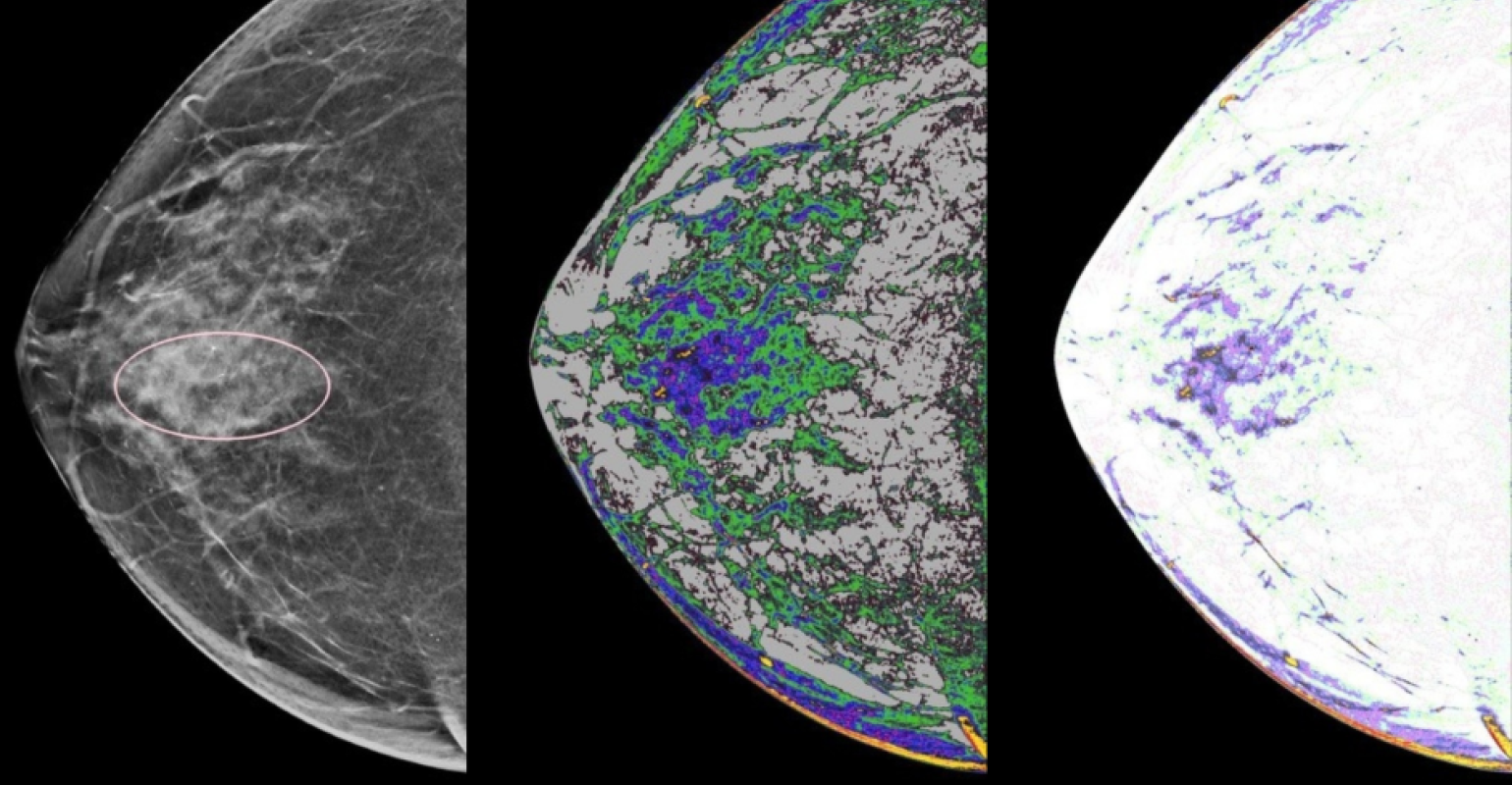 Unlike traditional cancer imaging solutions, Imago Systems' visual intelligence software is designed to "show everything" while not actually detecting anything. And this distinction, while it may sound counterintuitive, could make all the difference in breast cancer screening.

Tom Ramsay, an image processing expert and master photographer, has spent decades sharing his expertise with the world, from working on satellite imaging for the U.S. Navy, fingerprint image processing for the Department of Homeland Security, computer-based photo microscopy analysis of tuberculosis (TB) in Africa, and even restoring Thomas Edison's movies for the Library of Congress. So when his cousin lost both of her daughters to breast cancer, Ramsay had a hard time understanding how such a thing was possible, given all the advanced imaging technology that exists.

The problem, of course, is that even with the most advanced mammography systems, radiologists have a tough time spotting cancer in dense breast tissue because density shows up white in an x-ray and cancer is a density.

"So I looked at this as a problem and said 'I think I'm going to approach this very differently.' Because everything I had done in my history ... everything was to write an algorithm in software to find something," Ramsay told MD+DI. "And that makes sense, right? If you're looking for TB you write an algorithm to find TB."

But in order to get around the density problem that has confounded the field of breast cancer screening, Ramsay proposed what seems to be a radically different approach. "I said, 'what if we write an algorithm that doesn't find anything?"

It sounds counterintuitive, but as a photographer, Ramsay understands the old-school method of developing images in a photography darkroom.

"When you put a piece of paper in the developer, how is it that the developer knows what you took a picture of? Well, it doesn't," Ramsay said. "All of the silver particles, their relationship among one another is determined by whether you have a picture of a dog or a cat or a sunset or the moon or your family. So we said 'what if we could create an equivalent to the darkroom chemistry, only digitally, where every object in the image would self express based on the relationship of the pixels around it?"

Ramsay took that idea and founded Imago Systems, a Lansdowne, VA-based company that he is now CEO of. Imago Systems has developed an advanced visualization software that is designed to dramatically improve a clinician’s ability to detect cancer and other abnormalities earlier and more accurately. The software delivers what the company calls "visual intelligence" to help clinicians observe and identify abnormalities at the earliest possible stage.

"So now we don't have to go and run a million mammograms to try to define what cancer looks like, cancer will tell us that it's there," Ramsay said. "Benigns will differentiate from cancers and normal tissue will have their own patterns. We developed an approach algorithmically to have tissue structures in medical images self-define and differentiate."

In other words, Ramsay said, "We're not detecting anything but we're showing everything."

Imago Systems has even gained the confidence of Mayo Clinic, which recently signed on to support the company's clinical trial. The multi-year agreement will focus on clinical trial support for Imago Systems' ICE Reveal product for breast imaging and includes financial investment from Mayo Clinic.

The collaboration will be led by a breast imaging research specialist at Mayo Clinic who will spearhead Imago's pilot and pivotal studies to clinically validate Imago's visual intelligence software as applied to mammograms for breast cancer screening. Imago said Mayo Clinic's involvement will play a critical role in the evolution of the technology to improve breast imaging across multiple imaging modalities.