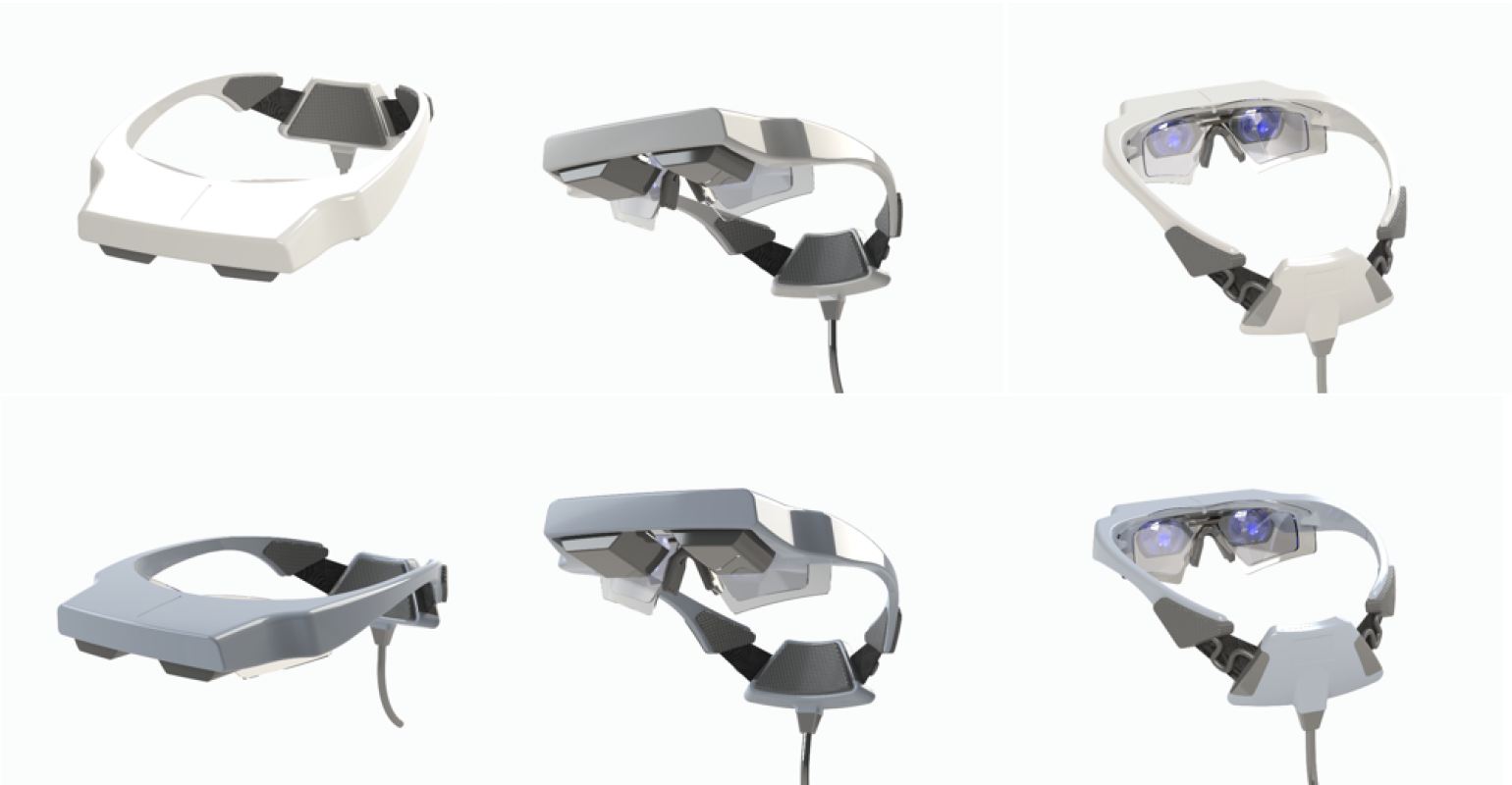 Renderings of the HMDmd wearable display for surgeons. Images courtesy of HMDmd.

Developing a Wearable Display for Surgeons

HMDmd is working closely with surgeons and other doctors along the way during development.

Cameras and screens have been used to augment surgeons’ vision for years, enabling them to see magnified surgical sites for greater precision. But as helpful as on-screen technology can be, it can also be challenging ergonomically, as surgeons often struggle to operate comfortably while moving around to look at the screens. “Shoulders and necks are going out, and doctors often have pain,” John R. Lyon, CEO and co-founder of HMDmd, told MD+DI.

Years ago, Lyon and Allen Newman, SVP and co-founder, set out to improve the visualization of endoscopy using 3D, and they thought the best approach would be a head-mounted display, says Lyon. In 1996 under the company Vista Medical they commercialized the first FDA 510(k) cleared medical head-mounted display, but they still needed LCD display resolution to advance in order to meet surgeons’ needs. “Surgeons don’t want to sacrifice resolution,” said Lyon.

Now, thanks to the advancement of high-resolution OLEDs, Lyon and Newman have resurrected their development efforts to develop a medical-grade, wearable display product line with XR, VR, AR, and MR versions. Their new company, HMDmd Inc., has formed an exclusive partnership with Kopin Corp., a developer and provider of wearable technologies and critical components for integration into wearable computing systems for military, industrial, and consumer products. Their first project will be a lightweight extended-reality (XR) wearable display, with high resolution and 3D capability, for visualization in advanced surgical and interventional procedures, they reported in a news release. A 4k camera will stream wirelessly to the display.

“Think of it as a wearable computer with a high-resolution image of the anatomy and the real-time ability to import data specific to the case,” said Lyon. “Necessary data can be controlled by the surgeon by voice command.” Users could also pull up saved images for direct comparisons.

The display will deliver high-resolution images. “Never before has it been possible to translate a microscopic image to a head-mounted display until now,” said Newman.

Market timing couldn’t be better. “Apps are mushrooming in robotics and in many other procedures, so it warrants the flexibility of control provided by a wearable display,” said Lyon. Added Newman: “We will be a display platform for all robotic surgical systems, particularly those that require high-resolution 3D images. The beauty of the display is that it will make use of robotics more intuitive and effective.”

The company is working closely with surgeons and other doctors along the way during development. And Newman is drawing from his years as a self-proclaimed “OR rat” regularly interacting with physicians and OR staff when he worked for Karl Storz and then as a consultant. “I’ve come to understand what a surgeon does, how they stand, and the human factors elements for doctors,” he said. In some ways, surgeons are just like fighter pilots, he adds. “They have to have everything there at their fingertips and be able to react to their environments,” he says. “They also need to be able to see their hands, and they need situational awareness.”

Consequently, the HMD will allow surgeons to look directly at the surgical field by simply looking downward—they won’t need to remove or readjust the headset. And Lyon says that ergonomics are very important. “The new display will keep surgeons’ eyes and the patients’ anatomical images aligned,” he said.

It could also help in open surgery, which Newman says still accounts for 50% of all surgeries. “Instead of being hunched over a cavity, surgeons can stand up,” he said.

“We are committed to the future of wearable displays in surgery and interventional medicine,” said Lyon.