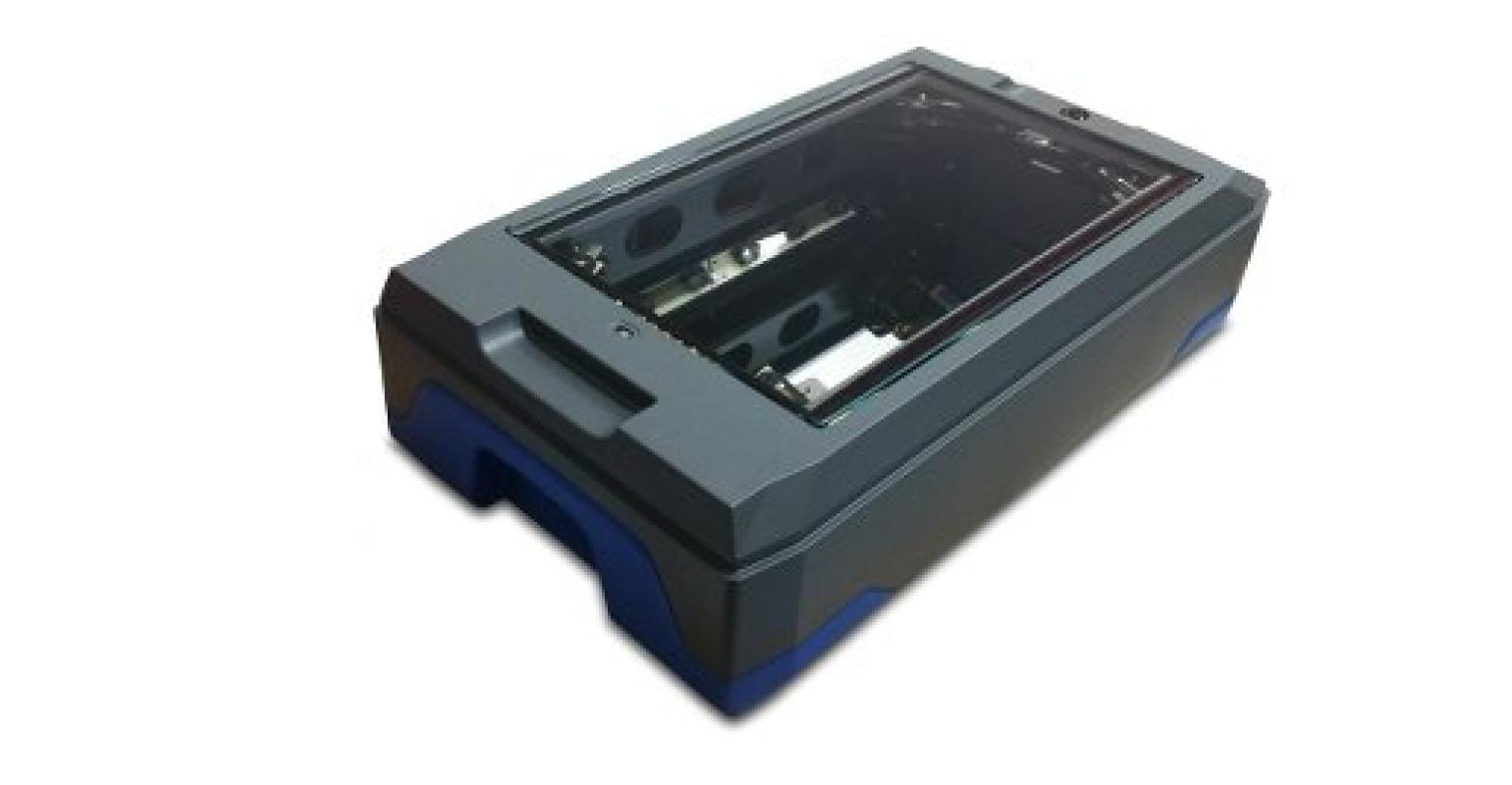 The Canadian company aims to revolutionize the foot orthotics industry with a 3-D scanner that can capture measurements instantly.

Patients who have posture or gait problems can find relief with a foot orthotic. The best fit comes from custom orthotics. But physical molds of patients' feet can break and though scanning technologies offer an alternative, not all podiatrists use them and some who do encounter problems getting an accurate foot scan.

Cryos Technologies sees these shortcomings firsthand. The Quebec, Canada-based company is an orthotics lab that makes these custom shoe inserts. But for the past five years, Cryos has also been researching scanning technology. It's now on track to bring to market a scanner that uses a new 3-D imaging technology that the company believes will offer advantages over foot scanners that are already commercially available.

The global foot orthotics insole market totaled $2.5 billion in 2014 revenue and is projected to reach $3.5 billion by 2020, according to market research firm IndustryARC. Drivers for this market include the rising prevalence of conditions such as diabetes, obesity, and arthritis, which can require better orthotic support. IndustryARC added that technologies such as 3-D scanning have helped spur demand for custom foot insoles.

Most of the orthotics Cryos makes are still based on a physical impression of the foot--either molds made from plaster or a newer material called biofoam. Both methods require shipment of the foot impression to the lab, which takes time and money, Cryos president John Stimpson said.

Foot scanners have emerged in recent years, but they can be expensive, costing between $10,000 and $25,000 a unit. These photogrammetry scanners make foot measurements from photos taken during a four- to seven-second scan. Though scanning is more accurate than a physical mold, Stimpson said the moving parts of these scanners can lead to mechanical problems. He added that any foot movement, however slight, in the time needed to complete the scan can affect the accuracy of the image.

"This is a business where millimeters are important," he said.

In its quest to make foot scanning more precise, Cryos sought out 3-D technology partners. At a 2014 trade show, the company met Fuel3D, an Oxford, UK-based company whose 3-D technologies are used in a range of consumer and healthcare applications. Fuel3D agreed to work with Cryos, allowing the Canadian company to take the lead on designing the device, the CryoScan3D.

Fuel3D's imaging technology employs no moving parts. Eight cameras in the foot scanner work together to form a single 3-D image. The Cryos scanner can bear the full weight of the patient, as currently available foot scanners do. But compared against the four to seven seconds needed for current foot scanners, Stimpson said CryoScan3D captures the image instantly. Cryos also gives podiatrists the option of using a patented foot suspension box, which allows for a scan in a semi-weight-bearing position. This method, which scans the foot while it is not in contact with a flat surface, generates an image that does not distort the foot's shape, Stimpson explained.

Frederic Gremillet, a podiatrist practicing in Candiac, Quebec, and a shareholder and partner in Cryos Technologies, said scanners he used in the past could not accurately capture a scan of the foot due to difficulty getting the foot in the proper position or patient movement during the scan. Gremillet added that the older scanners also could not scan in the semi-weight-bearing position ideal for capturing the foot's shape. The foot suspension box permits semi weight-bearing scanning and the speed of the CryoScan3D overcomes the movement problems of other scanners.

"The patient doesn't have time to move when you scan; that's where you're sure you don't have any distortion of the foot," Gremillet said.

Cryos's scanner is still in the final stages of development, which Stimpson said entails some minor changes to the design and software. He expects the device will be available in late summer. The company hasn't settled on a price yet, although Stimpson said it will be less than the high-end $25,000 scanners currently on the market. To make it more accessible to podiatrists, the company is considering providing the scanners on consignment and charging a $15 fee per scan.

Stimpson said Cryos will continue as an orthotics lab rather than becoming a scanner company. But podiatrist adoption of the CryoScan3D could spur growth for Cryos's orthotics business. Due to the fragility of plaster molds and the time required to ship them, he explained, orthotic labs have historically been regional businesses.

"The scan removes that restriction because there is no physical mold," Stimpson said. "The world suddenly becomes much more accessible."

Frank Vinluan is a frequent contributor to MD+DI. Reach him at frankvinluan@gmail.com.