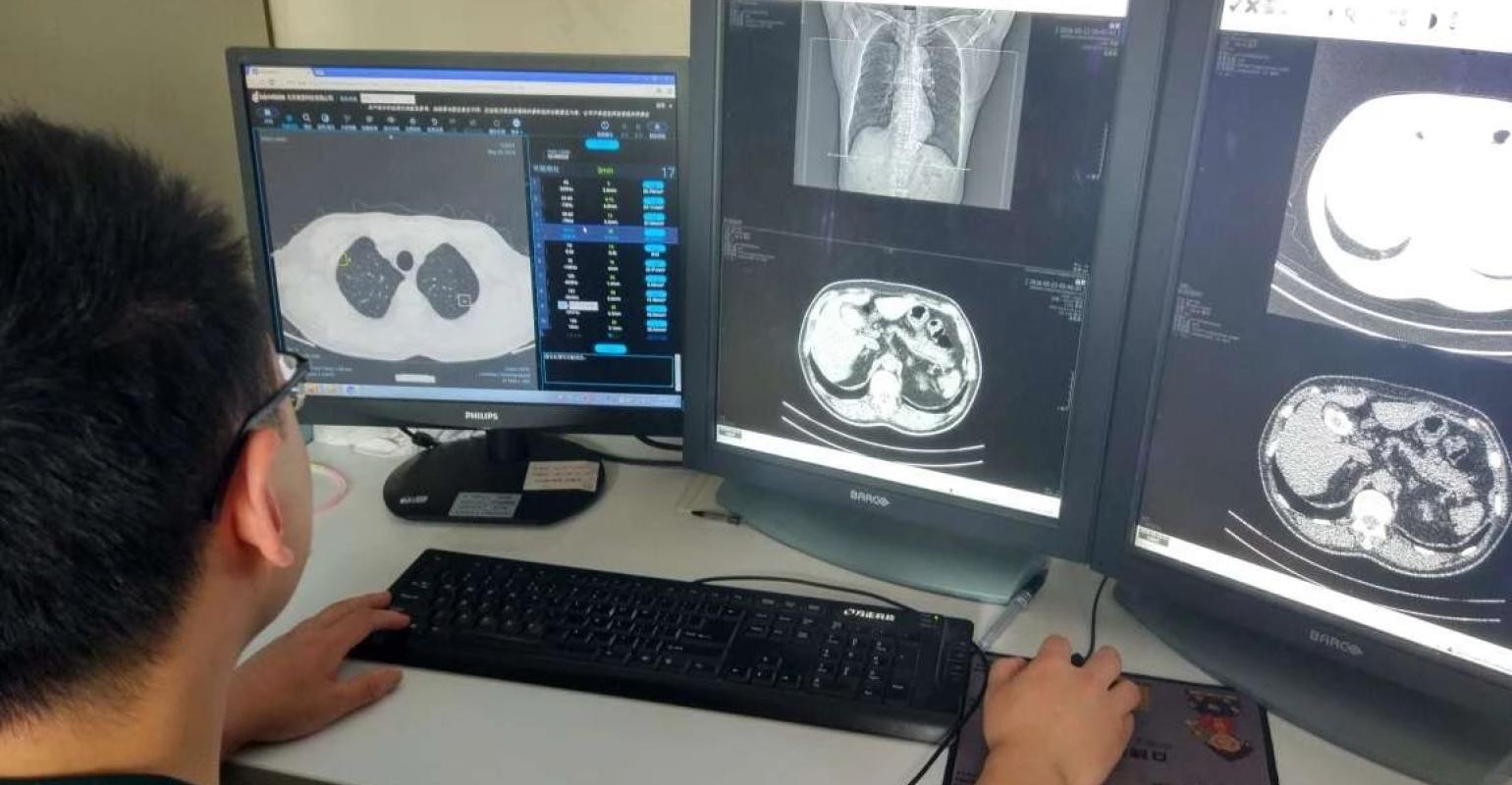 AI Aids in Detecting Multiple Conditions with One Chest CT

Infervision’s deep-learning system alerts radiologists to the possible presence of four different diseases, which could lead to faster and more comprehensive diagnoses.

“The InferRead CT Chest scan is a AI-based algorithm that can automatically detect and characterize pulmonary nodules from chest CT scans,” said Yufeng Deng, chief scientist and director of Infervision North America, in an interview with MD+DI.

“The system is able to look through a CT scan, which is typically 300-400 slices, and look at pulmonary nodules from each slice and tell the radiologist where they are, and provide other information about these pulmonary nodules,” he continued. “It can detect size, diameter, volume, the slice number where the nodule is, which part of the lung the nodule is in, and how malignant or what are the chances of this nodule being cancerous.”

Recently, the platform has added capabilities to detect three more conditions, using a single chest CT. These conditions include pulmonary artery calcification, bone fracture, and chronic obstructive pulmonary disease (COPD.) “We want to expand our capabilities in reading chest CT scans, so it can do multiple things on same scan,” said Deng. “Because when a radiologist looks at a chest CT scan, he or she doesn’t only look at the lungs. The doctor wants to look at a few things.”

The platform takes images from the CT scanner after the procedure is completed using digital imaging and communications in medicine (DICOM) standards, or it can also connect to a picture archiving and communication system (PACS). “After our processing, we have our own user interface to display the information to the radiologist at their work station,” said Deng. “Or we can connect to their PACS, where the radiologist can view the images.

“This is an aid-in-detection tool,” continued Deng. “We’re not trying to replace the doctor, but we are trying to save their time to point their attention to a suspicious finding. For example, for a lung nodule, we are going to highlight an image where we think the lung nodule is so the radiologist can look at that and make a final decision.”

The platform’s effectiveness was recently demonstrated in a clinical trial. “We gathered several hundred CT scans and we let a group of radiologists read the scans to find pulmonary nodules on these scans,” said Deng. The experiment was repeated twice—the first time the radiologist read these scans on their own. A month later the same group read the scans again, but this time with the help of InferRead CT Chest. “We found with the use of InferRead CT Chest, the overall sensitivity of detecting pulmonary nodules increased and the reading time of each CT scan decreased,” said Deng.