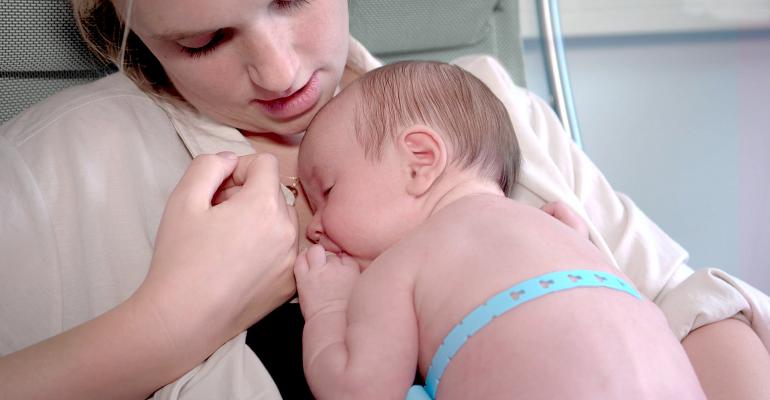 A skin-friendly belt aims to help eliminate the stress and pain premature infants can experience with typical electrodes used to monitor their vital signs in the neonatal intensive care unit.

About 15 million babies are born pre-term each year worldwide, according to the World Health Organization. These babies face many risks and often spend up to 42 days in a neonatal intensive care unit where their vital signs must be closely monitored.

However, this monitoring can stress newborns in two ways. First, they are separated from their parents. Second, for premature babies weighing as little as 500 to 600 grams, their skin is still too sensitive for typical adhesive electrodes. So, in the absence of adhesive-free electrodes or ones specifically developed for sensitive skin, a patch on the baby’s foot is used to monitor the heart rate and oxygen content in the blood. This often led to injury or infection.

To alleviate this problem, pediatrician and neonatologist Sidarto Bambang Oetomo developed an idea for a skin-friendly monitoring belt. The cable-free Bambi belt allows parents to remove their premature baby from an incubator without causing injury to their baby’s skin. The first prototypes for the Bambi belts were created in conjunction with the Freudenberg Medical team, who provided materials expertise as well as medical technology process and product knowledge, according to a news release issued by Freudenberg.

“When it came to the prototypes and first samples, we built special tools for the belts and tested different silicones which we can produce in four sizes," stated Rudolf Dering, project engineer molding at Freudenberg Medical in Kaiserslautern, Germany, in the release. "A special manual production process is used in their manufacture.”

The belt itself is formed from a narrow band placed around the baby’s chest and sensors send signals to a portable monitor. The band makes it possible to easily monitor the heart’s electrical activity and also measures respiration activity. The belt is made of skin-friendly silicone and uses dry electrodes. Different silicones can be produced in four sizes.

The Bambi belt has been tested in two studies in Dutch hospitals, including at Amsterdam University Hospital. The study monitored premature babies simultaneously using a currently available monitoring device with conventional adhesive electrodes and the wireless Bambi Belt. According to the press release, the results for the Bambi belt showed less stress for the premature babies and offered reliable monitoring.