GE Healthcare to Stand Alone in 2023 (for Real This Time) 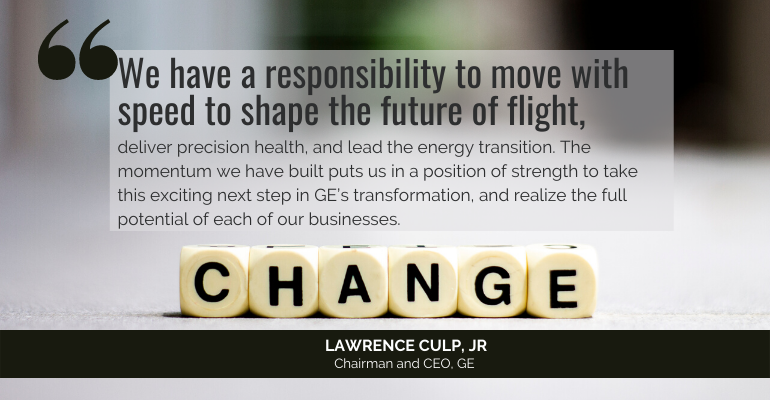 GE plans to spin off GE Healthcare in 2023 as part of a three-way split.

If this story's headline triggers a sense of deja vu, you're not alone. GE stirred things up back in June 2018 when it announced a spin off of its healthcare business into a public company. But those plans never came to fruition, and in 2019 the conglomerate said an IPO for GE Healthcare was "unlikely" at that point.

Now it looks as though GE Healthcare will become its own public company after all. This is expected to happen in 2023 as part of a three-way split that will create three public companies. GE said it will combine its renewable energy, power, and digital businesses into a separate company in a second spin-off slated for 2024. The remaining GE business will focus on aviation.

GE expects to retain a 19.9% stake in the healthcare company to provide capital allocation flexibility. GE also intends that GE Healthcare will issue debt securities, the proceeds of which will be used to pay down outstanding GE debt. Additional transaction details can be found here.

"We have a responsibility to move with speed to shape the future of flight, deliver precision health, and lead the energy transition," Culp said. "The momentum we have built puts us in a position of strength to take this exciting next step in GE’s transformation and realize the full potential of each of our businesses.”