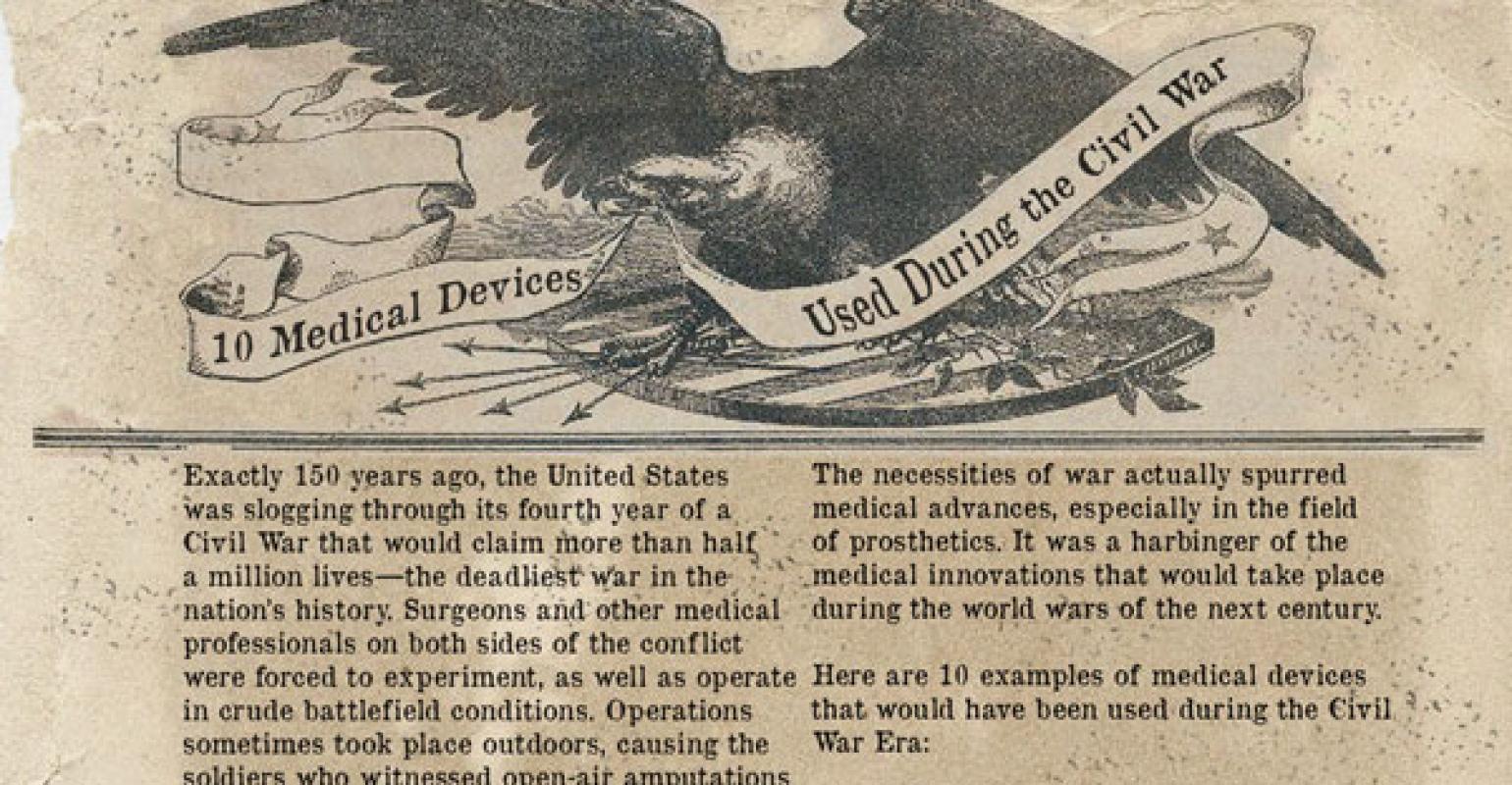 Start Slideshow ›
Here are 10 examples of medical devices that would have been used during the Civil War era.

About 150 years ago, the United States was slogging through a Civil War that would claim more than half a million lives--the deadliest war in the nation’s history.

Surgeons and other medical professionals on both sides of the conflict were forced to experiment, as well as operate in crude battlefield conditions. Operations sometimes took place outdoors, causing the soldiers who witnessed open-air amputations to label the surgeons performing them as butchers.

The necessities of war actually spurred medical advances, especially in the field of prosthetics. It was a harbinger of the medical innovations that would take place during the world wars of the next century.

Here are 10 examples of medical devices that would have been used during the Civil War era: Read on.

Volunteers Team Up to Develop a New Ventilator During the COVID-19 Pandemic
Jun 29, 2020