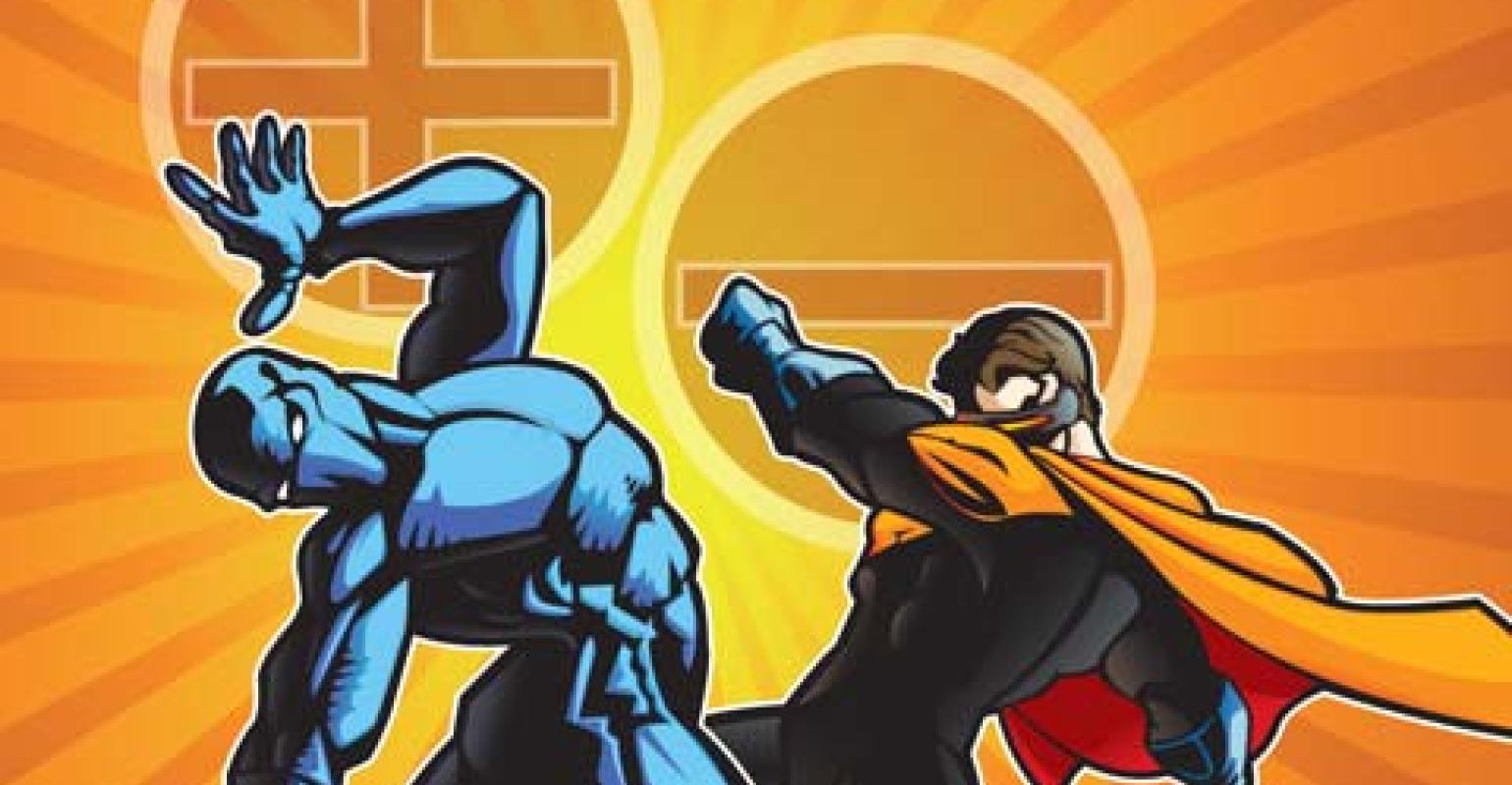 Static attraction is responsible for the vast majority of particle contamination yield losses in many medical device manufacturing operations. Essentially all plastic or insulative devices used in medical applications are affected by the problem. Devices at risk include widely diverging products such as catheters, stents, optical lenses, IVs, syringes, hip and knee replacements, pacemakers, breast implants, and blood filters.

The problem is very familiar to those in the semiconductor industry, where yield losses due to particle contamination on semiconductor wafers resulting from electrostatic attraction (ESA) are well documented.1–8 Yield losses are common when ionization techniques are not implemented properly.9
Recent studies from the medical device industry show that ionization techniques can be used to eliminate ESA, leading to substantial yield improvements. These studies also indicate that static attraction is usually the single greatest contributor to contamination yield losses for many medical device makers.
Another method for adressing particle contamination is to reduce the particle count within the cleanroom where the products are manufactured. Compared with ionization, this approach is costly and does not provide anywhere near the yield improvement of eliminating ESA.

Static charge generation can occur when two different materials slide against each other and then separate. As shown in Figure 1, after the separation has occurred, one side has charged positively and the other side has charged negatively. These two oppositely charged surfaces will now tend to attract each other, which is how static cling originates. Charged conductive materials, such as metals, can be grounded to remove their charge. Conversely, insulative materials, such as plastics, glass, and ceramics, cannot be grounded to eliminate their charge buildup. For these insulators, the charge resides on the surface and can only be eliminated by bringing the opposite polarity charge to its surface through the air via ionization.
The basic issue, which is frequently observed in the medical plastics manufacturing industry, is simple in nature. Touching or handling plastic devices generates tremendous static charges. For instance, it is common to have plastic materials charge into the tens of thousands of volts as a result of friction. In the case of stents and catheters, charge-generating operations include the heating and cooling of tubes, stretching or ballooning, and laser welding. Handling and contact with operating personnel contribute to further charging.
When these products charge to thousands of volts, they attract more particles to their surface than their noncharged counterparts. This is common knowledge, of course, but it amounts to a serious problem in the manucture of many medical devices. Recent studies indicate that static attraction is usually by far the single greatest contributor to contamination yield losses during manufacturing of these devices. Using ionization in these facilities to remove charges and the surrounding particles from the plastic devices prevented the vast majority of their contamination yield losses. Not surprisingly, the cost savings were substantial.

The author recently carried out studies at facilities to determine the correlation between particle contamination yield losses and the charging of devices through the manufacturing process steps. In the studies, local staff standardized the qualification of the number of particles on the product (using visual determination, optical equipment determination, and so forth). Then, a series of technical experiments were conducted to determine the percentage of their current particle contamination to the effects of static attraction.
Studies involving a catheter manufacturer determined that the static charge levels on the catheters as they moved through all of the various process steps ranged from 5 to 20 kV. The average charge on the catheters was 12 kV. The number of killer particles (i.e., particles larger than the allowable size, result in the scrapping of the product) on the surface of the unformed catheter tubing material as it came out of its initial packaging were observed and recorded. There was no static charge on the tube. The uncharged tubes were placed into the local air environment (a Class 100,000 cleanroom). After 30 minutes, the quantity of killer particles that had landed on the tubes naturally could be determined. This interval is the typical start-to-finish time for the entire device manufacturing process. The uncharged tubes were placed in moving airflows (for instance, near fans) to determine whether increased particle contamination would take place. The uncharged tubes were placed 0.5 in. away from typical work surfaces throughout the facility for a 5-second timeframe.
Summarizing the results, negligible particle contamination was observed on the tubes if they were uncharged. However, as is the case in all of the facilities the author has visited, dramatically different results are observed when the plastic device was allowed to become statically charged (See Figure 2 and Figure 3). The tube was charged to 12 kV (i.e., the typical charge on the catheters during routine manufacturing processes) and suspended similarly as before, with the uncharged tube in the same local air environment for 30 minutes. Approximately ten times as many killer particles were observed. Incidentally, this number is consistent with published studies from the semiconductor industry. In this case, the charged tube accumulated particles at a rate ten times greater than the uncharged tube, which was positioned in mid air. The charged tube (12 kV) was placed similarly as before, 0.5 in. away from typical surfaces throughout the facility for 5 seconds. In this case, approximately 30 times as many killer particles were observed. The conclusions reached at this facility were similar to those reached at the other locations where these studies had been carried out before. Static attraction was the root cause of virtually 100% of the particle contamination yield losses. Photos of some of the catheters used in the study above are shown in this article. These results underscore the difference in particle contamination between charged and uncharged catheters.
As predicted by the studies above, facilities that implemented ionization systems to maintain constant low charge levels on both their plastic devices and, just as importantly, the surrounding airborne and surface particles realized substantial yield improvements. Summing up the results of the many studies carried out in the medical industry over the past few years, the author has noticed that their particle contamination yield losses (initially without ionization) typically ranged from 3 to 15%. In all facilities where ionization was used to remove the charging issues, yield losses were in the range of 0 to 1.5%.

Air ionization is an effective method of eliminating static charges on nonconductive materials and isolated conductors. Air ionizers generate large quantities of positive and negative ions in the surrounding atmosphere. These ions serve as mobile carriers of charge into the air. As ions flow through the air, they are attracted to oppositely charged particles and surfaces. The process can be used to achieve rapid neutralization of charged surfaces.
Air ionization may be performed using electrical ionizers that generate ions in a process known as corona discharge. Electrical ionizers generate air ions through this process by intensifying an electric field around a sharp point until it overcomes the dielectric strength of the surrounding air. Negative corona occurs when electrons flow from the electrode into the surrounding air. Positive corona pccurs when electrons flow from the air molecules into the electrode.
Ionization Systems. As discussed earlier, experiments have shown that the majority of particles on the plastic catheters was caused by ESA. The next logical step to eliminate or reduce particle contamination was to ensure the plastic devices did not become charged during handling and processing. Local ionizers, such as overhead fans and ionizing bars—although effective in reducing yield losses substantially—only keep the plastic devices at zero charge at those local places. The devices are routinely highly charged elsewhere in the facility (where they consequently attract particles).
With a room-wide ionization system in place, devices such as catheters stay uncharged in all locations of the room. The author has found through experimentation that substantial local ionization can still result in charged devices (in between local ionizers) up to 70% of the time during manufacturing. Room systems reduced that to virtually zero. Perhaps even more importantly, a ceiling-grid room system eliminates charges on all particles in the room—even up to the ceiling and on general work surfaces (See Figures 4a, 4b, and 4c). This has a major influence on reducing the particle attraction force to the devices and subsequently can reduce particle contamination even more effectively than just local ionization alone.