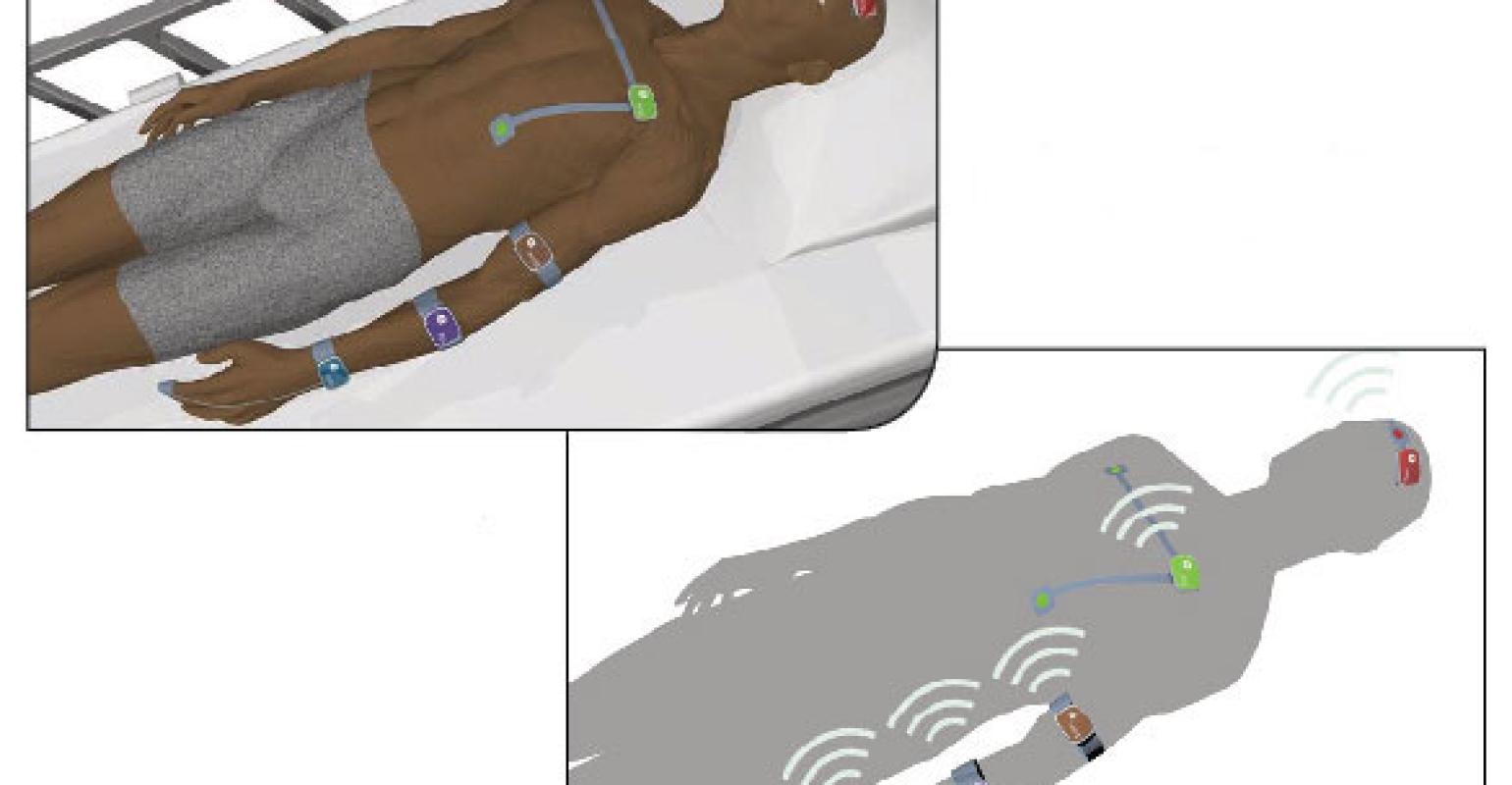 MBANs Could Advance Patient Care, But Interoperability Is a Concern

GE Healthcare and Philips Healthcare say the FCC's decision will usher in innovative products, but some experts aren't so sure.

GE Healthcare and Philips Healthcare praised a recent FCC decision to allocate spectrum for wireless networks made of body-worn medical sensors, saying it will allow them to create technology that will reduce the spaghetti of wires connected to patients. But some experts worry that a lack of rules governing interoperability in the bands could hold back progress.

In May, the FCC unanimously voted to allot 40 MHz of spectrum at 2360–2400 MHz for medical body area networks (MBANs), a move the agency said would “lead to the rapid and widespread development of new MBAN applications.”

MBANs are made up of low-power body-worn sensors that wirelessly transmit data from patients to telemetry systems, which then send the information to back-end systems, such as electronic health records. Proponents say the networks could help cut healthcare costs and improve patient care by increasing the potential for patient monitoring, easing transport, and reducing the risk of infection. Applications could include wireless monitoring of blood pressure, temperature, and respiration rate.

“It has been a long time coming,” Matthew Grubis, chief engineer of monitoring solutions at GE Healthcare, says of the FCC decision. The company, along with Philips, has been asking the agency to set aside spectrum for the networks for the past several years. Grubis says MBANs require a clear channel, and the Wireless Medical Telemetry Service (WMTS) does not have the space to accommodate them.“The opportunity that we’re given here is to improve the state of patient monitoring and ultimately the health of patients,” Grubis says.

But some question why spectrum was allotted for MBANs in the first place.

“Existing FCC regulations already allow ANT, BTLE, ZigBee, and other solutions to do exactly what the FCC claims the MBAN ruling will enable,” says Steve Baker, senior principal engineer at Welch Allyn. He also points out that in setting aside spectrum for the WMTS, the FCC said it did not anticipate any further need for spectrum to be allotted for medical applications.

Experts also worry that because the FCC didn’t specify rules requiring interoperability in the bands set aside for MBANs, companies will not make their products compatible with one another—a problem already apparent in the WMTS.

“It has pretty much turned into a proprietary fiefdom where each manufacturer comes up with their own way of doing things, and never the twain shall meet,” Rick Hampton, the wireless communications manager for Partners Healthcare System (Boston), says of the WMTS.

Hampton says he has seen a cardiac telemetry system from one manufacturer and a fetal monitoring system from another interfere with each other when placed too close together. Without rules for compatibility, MBANs could face the same problem.

“One of the real issues in this band is that there is no definition of how to use the bandwidth,” says Bill Saltzstein, business development manager for healthcare solutions at connectBlue, a provider of wireless products for medical applications. “One company could use all those kilohertz in a proprietary scheme that will not allow the usage of anybody else’s radio in the same physical area,” he says. “There’s nothing in there that keeps anybody from locking up all the new spectrum in any given hospital. The FCC seems to have missed a real opportunity for compatibility and interoperability.”

To prevent such situations, Grubis says GE Healthcare supports a standard for interoperability within the spectrum, IEEE 802.15.6, which was approved and published this past March. But the standard is voluntary, and even companies that sign on aren’t required to abide by it.

Until MBANs hit the market—Grubis says it will be at least two years before GE Healthcare introduces MBAN products—it remains to be seen how this will all play out.

“It will all depend on whether manufacturers are going to work together to solve problems in healthcare or work alone to come out with the next differentiated product,” Hampton says.